JaQuan Gardner runs against the DC Defenders in the preseason scrimmage.

Preseason and training camp have come and gone, depth charts have dropped, so here are your Fantasy Rankings for Week 1 of the XFL. This list contains the top XFL players for fantasy, regardless of position.

Included in the ranking is the player’s positional fantasy rankings as well.

Josh Johnson and Landry Jones are both still banged up, so you have to beware that they may not play. Chad Kanoff has been solid throughout the preseason for the Wildcats and if you have Johnson, who has not been practicing, Kanoff is not a must-start if Johnson is out, but he is a possibility as a one week option if you have nothing else. Similarly, Landry Jones is listed with a knee injury but appears to be on track to play sooner than previously thought. Unlike Johnson, if Jones does not play go grab Philip Nelson. Nelson is a gamer and has the mobility to set a defense on their heels. He has looked strong all preseason and will be a top-six quarterback if Jones does not play.

BJ Daniels or the unranked Quinton Flowers could provide some interesting options if you are desperate or love the long-shot, these guys may run some gadget type plays, conversions, and after-touchdown conversions, high-risk/high-reward plays.

Elijah Hood has come out as the starter on the most recent Wildcats depth chart. He has vaulted into RB1 territory in these rankings and could keep climbing if the Los Angeles offense is as prolific as it could be with Josh Johnson at the helm. If Kanoff starts, Hood should also benefit from a run-heavy approach if Norm Chow does not trust him as much as he would Johnson, Hood and backfield-mate DuJuan Harris will have big days if that is the case.

Nick Holley of Houston is an interesting long shot. He is listed as a running back on the roster, but is also listed as the fourth wide receiver on the Houston Depth Chart… Donnel Pumphrey appears poised to carve out a big role in the Defenders backfield alongside Pressley, do not be afraid to go get Pumphrey in the mid-rounds or roll him out at the RB2/Flex positions… Jacques Patrick has taken hold of the number two slot on Tampa’s running back depth chart, look for him to provide a strong second option out of the backfield behind lead back De’Veon Smith.

Preseason darling Jazz Ferguson is dealing with a hand injury and has missed practice time this week and as a result, finds himself buried on Dallas’s depth chart. That means that Jeff Badet and Freddie Martino may have an opportunity this weekend to put up big numbers with Landry Jones looking like he will play. Dallas has potential to be a high octane offense with potent offensive coordinator Hal Mumme calling the plays, Jones is a capable quarterback who has the potential to unlock the Dallas offense.

Rashad Ross is presently listed as the third receiver for the Defenders, but that might not mean too much as Ross might be the most talented receiver on the DC roster, still roll with him… Reece Horn was a talented AAF receiver with subpar quarterback play from four different guys, Aaron Murray may not be a superstar, but he is competent so Horn will be a high floor receiver… In New York, Mekale McKay will draw heavy coverage which means Austin Duke and Colby Pearson will have softer coverages to work against all day… L’Damian Washington is a big-bodied and talented receiver who will provide a solid target for Jordan Ta’amu in St. Louis, look for the untested Ta’amu to go to him on the outside and crafty De’Mornay Pierson-El in the slot.

There is a clear number one in this trio, Nick Truesdell was a dominant force in the AAF last year and was an early draft pick in the skill position phase by Tampa. Aaron Murray will look to go to his big tight end over the middle early and often, which means big-time value for Truesdell. 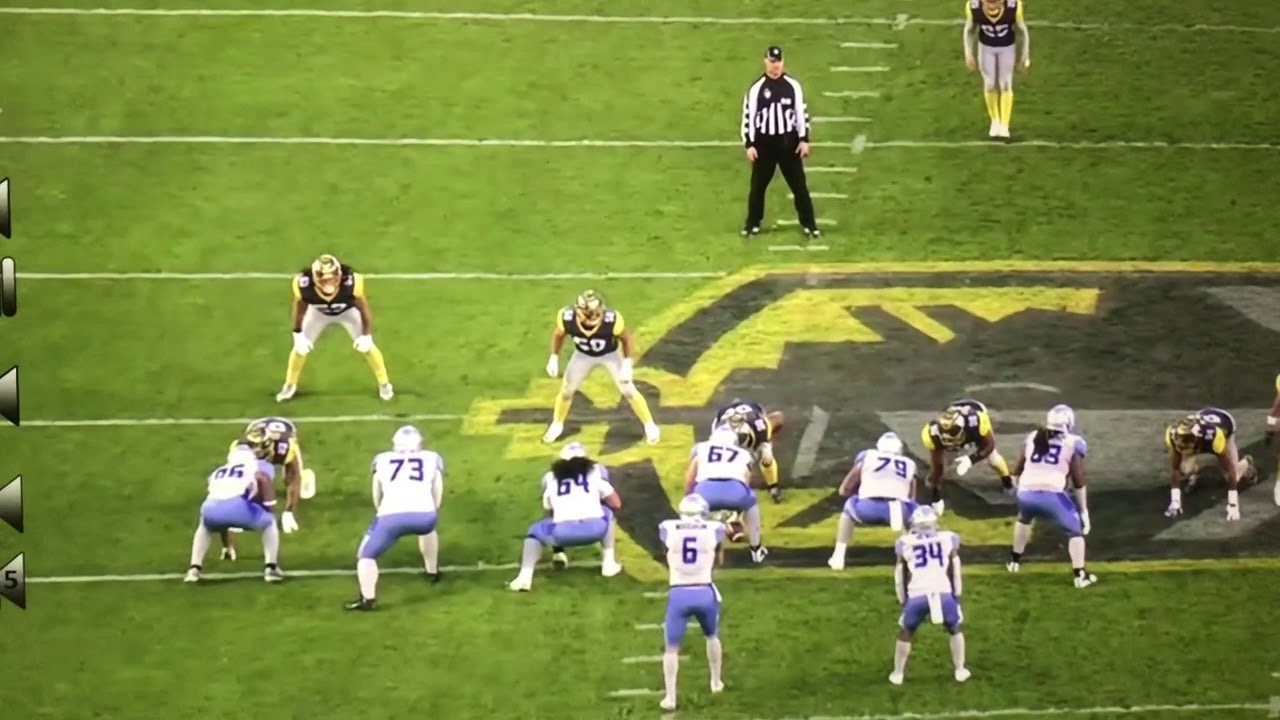 Brandon Barnes is another AAF veteran, but the uncertainty at quarterback in Los Angeles has him sliding down rankings a little. Barnes will be a reliable target over the middle, but he will suffer a drop in production if Kaoff is starting. Khari Lee is the lead tight end for the Defenders and Cardale Jones should look his way, especially since they spent time together with the Buffalo Bills. Past the top three, it is a crap-shoot, you will have to take a chance and roll the dice, but hey, sometimes that is how fantasy works.