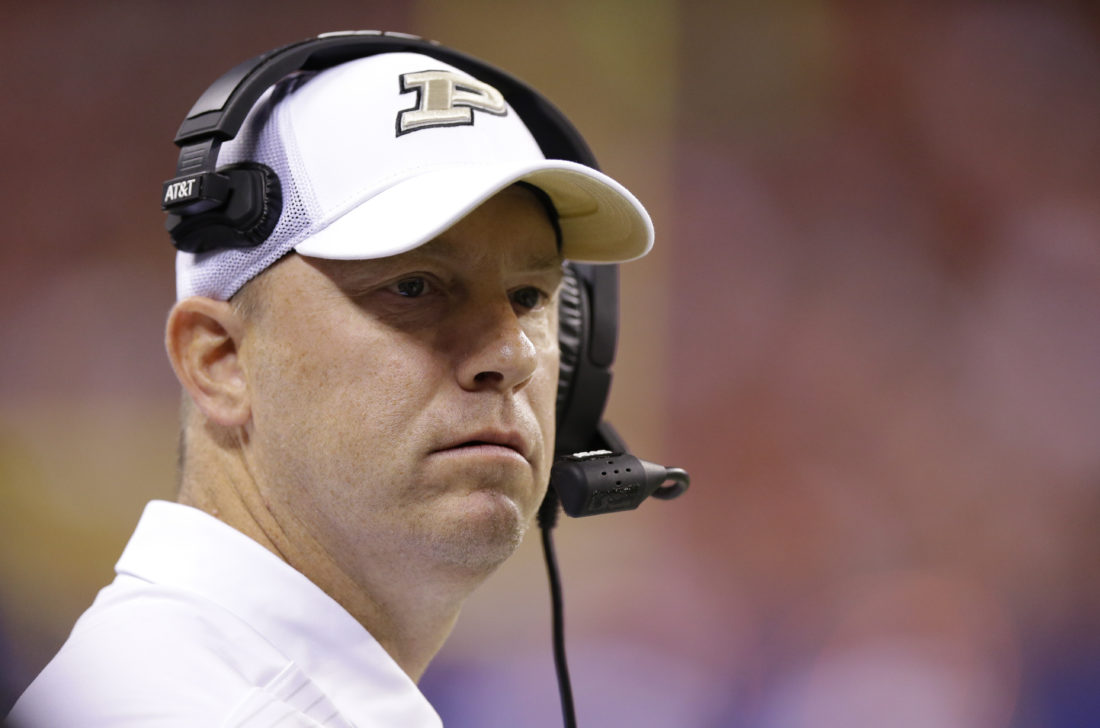 If you did not know by my Twitter handle (@IPlayedD1), I played ball at Northwestern University. With my five years of experience there, if there is one thing I at least somewhat know when it comes to college football, it’s the Big Ten. I’ve played in front of 4,000 people at 11:00am in West Lafayette, Indiana when its 37 degrees, overcast and windy, while the 15 students that actually came to the game haplessly chant ‘Boiler Up’ as we stomp them by 30. I’ve also played in the Big House in front of 120,000 fans where we got stomped by 30 and it was so loud I couldn’t hear myself think, let alone hear a snap count. Goddamnit, the Big Ten is special. So, throughout the year I will be giving you my picks and previews for the Conference. So, put your big boy pants on, drop your SEC bias and let’s talk some Big Ten football.

I love, love, love, love this spot. You have the best 0-3 team in the country playing at home, with a good coach and 3 games decided by a grand total of 8 points, playing everyone’s new ‘sleeper’ team who was just ranked for the first time. You have to imagine that Brohm will have his team ready to go and hungry as hell to get his team’s first victory of the year. AJ Dillon is a stud and this the best BC team in some time, but, that doesn’t mean they should be laying 7 points on the road against a decent Big Ten team. Hammer the Boilermakers.

Yes, I am very happy with myself for giving out Troy last week stating that Nebraska’s backup QB’s stink and that Adrian Martinez wasn’t going to play. From reports, Martinez traveled with the team to Ann Arbor and looks like he will probably play. Nebraska has a talented enough roster to slow down an iffy Michigan offense and if Martinez is playing, which I think he is, 18.5 points is too many. Also, fuck Michigan.

I hate this game. Why? Because this Maryland team is impossible to gauge thus far, beating Texas week 1 and then getting rolled by an okay Temple team last week, and because PJ Fleck is my least favorite head coach in the country. I told this story last week, but when NU played Western Michigan in week 1 of my senior season, Fleck ran onto the field to discuss a call with the refs where they ultimately ruled that we fumbled out of the endzone resulting in a touch-back, nullifying our go-ahead score. When he heard the result of the call he started jumping up and down while still on the middle of the field and then ran up to me and the rest of the OL and talked shit like he was a DB who just got an INT. Fuck that guy. But anyway, I digress. Minnesota is a bad 3-0 team going on the road for their first Big Ten game with a starting QB who is banged up, I’m on the Terps.

Buy low spot here. Wisconsin is still the best team in the Big Ten West (sorry, NU) by a pretty wide margin. Iowa’s D is legit, but I just do not see where any points are going to come from the other side of the ball for them. Wisconsin runs a unique defensive front that is pretty perfectly designed to stop Iowa’s inside/outside zone that they live on. Conversely, while Wisconsin may struggle to a degree on offense, they have too many horses to not bust a few big plays. I respect the Wisconsin program perhaps more than any other in the Big Ten and I love taking advantage of this short line due to an overreaction to a bad result the previous week

Similar to the sentiment above, I like this as another buy low spot here. Michigan State still returned 19 starters from last year’s 10 win team and has yet to hit their stride up this point, losing to ASU and playing Utah State close. I believe in Dantonio as a coach and coming off a bye, opening up Big Ten play, is the perfect spot to start to click as a team. Home field means very little for Indiana and this line is only this short because of MSU’s beginning of the year results. Again, take advantage of this spot and play the Spartans.