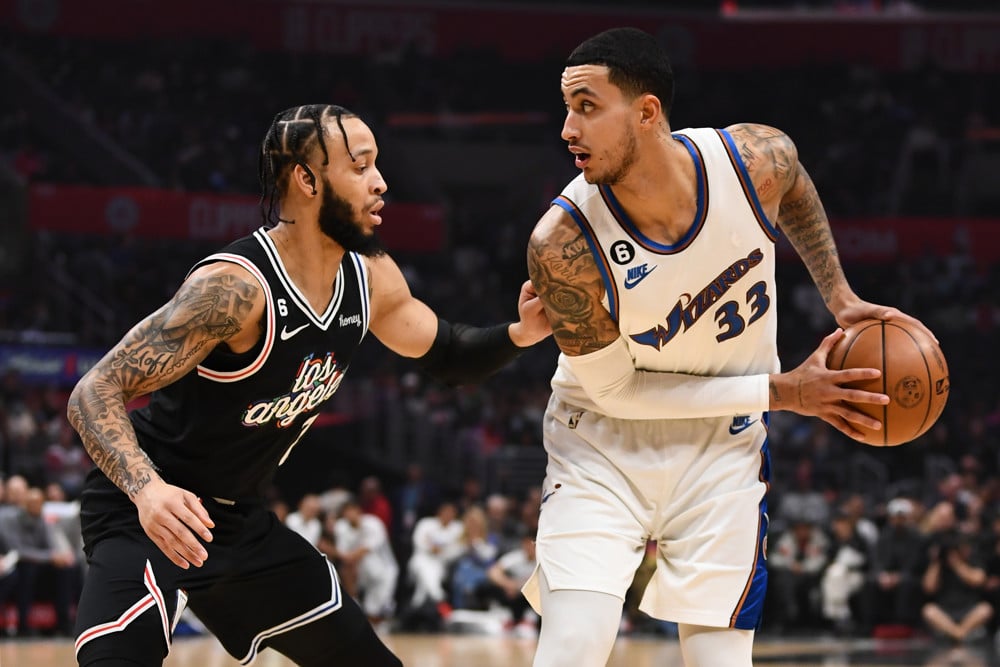 Maybe you’re in full NFL playoffs mode right now and you’re sleeping on some big NBA games. That’s okay. We understand and have you covered. This Wednesday has 20 teams in action trying to gain some momentum in the final month before the All-Star break. We’ve sifted through it all and put together a daily fantasy lineup for you to cash in on.

Murray is coming off a four-game run that puts this salary to absolute shame. He’s not dropped lower than 41.0 fantasy points in that time and it was topped by a 58.5-point triple-double against Indiana. Not only is Milwaukee particularly bad at giving up points to point guards (they rank 18th in the league), but they’re also turning the ball over a ton (30th in the league). With two steals in three of those four games, Murray should snatch a couple here too.

I love this Magic/Pacers game as a potential shootout. The teams rank 17th and 24th in the league in points allowed, respectively. In addition, both are letting up more in their last three than their season average (over a 7-point margin for the Pacers). Wagner just needs the shot attempts to get his scoring numbers up, as his rebound and assist numbers are a pretty stable floor.

I wasn’t digging many of the higher-cost options out there for this daily fantasy lineup. The closest thing I found to a hot hand than would cost big bucks with Kuzma. Even as hot as he is right now, he’s still modestly priced. Going up against the lowly Rockets should afford him plenty of points, even if he does get pulled late in a blowout.

Okay, I get it, he’s only played one game. You have to love what you saw in that game though. He drilled a couple of three-pointers and snagged a couple steals. He’s probably going to be slowly expanding his minutes and with this game circled with shootout potential, he could be firing away from deep here.

Since Durant has gone down with his injury, Claxton has quietly been the one to pick up the slack. In the six games without him, Claxton has averaged 17.5 points per game, which is nearly 5 higher than his season average. He’s also been on the boards more, with four of those five games resulting in a double-double.

With Haliburton and Nembhard down, McConnell seems like someone who is going to log lots of minutes. His production is variable, but he’s coming off that triple-double against Phoenix. His points totals have been what’s impressing me the most – only falling into single digits once in the last seven games. And, as I’ve stated a time or two, this game with the Magic could be a high scorer.

Ingles is always going to get the minutes you need out of a player costing you only 4k. The difference is whether he’ll hit enough three-pointers to make his salary worth it in the end. The Nuggets are 18th in the league in allowing three-pointers on the road. As a result, I’m going to pencil Ingles in for two or three and then pencil him into my daily fantasy lineup too.

Schroder has had a pair of ridiculous games in a row. He’s filling out the stat sheet in a way that we’ve never seen from him in his career. Now, Kendrick Nunn is no longer on the team, which might even mean more time on the court for Schroder. At only 5.6k, how can you not play a guy averaging 22.4/7/8 over his last two games?

If you’d like even more information that could help your NBA Daily fantasy lineup, be sure to check out the NBA Gambling Podcast. The guys are dropping episodes every week to make you the smartest guy at the bar.