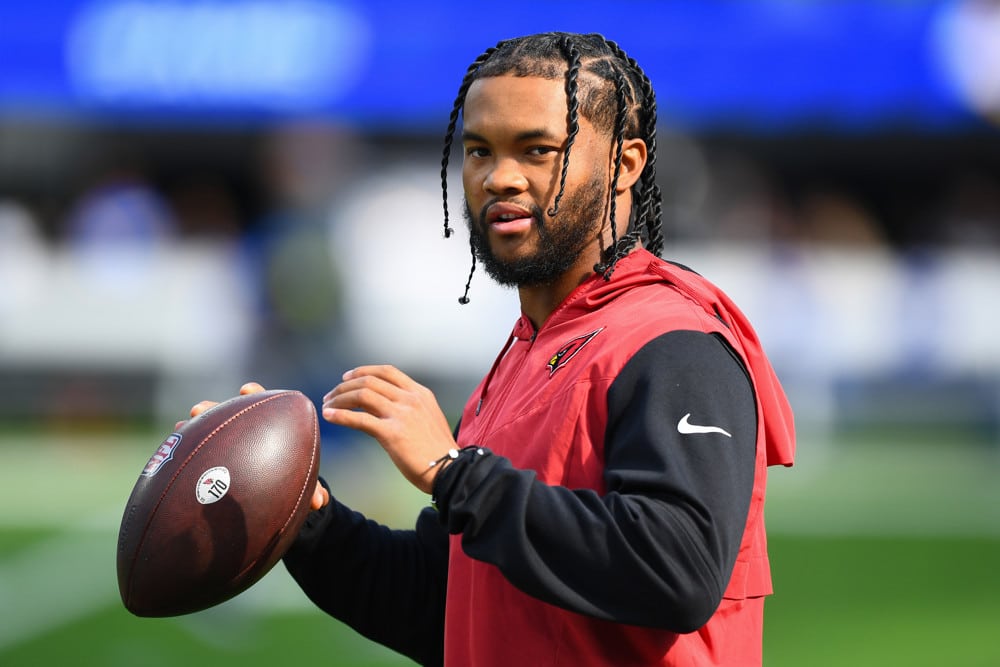 Hello SGPN family and welcome to the first edition of our Dynasty Fantasy Football Trade Advice series. Today we will be focusing on quarterbacks and whether you should be buying or selling some of the more polarizing players going into the 2023 off-season. We are a long way from the start of week 1, however, there is no better time to make trades.

Trade value charts, rankings, and other tools fantasy managers use are slow to update this time of year. As a result, you can take advantage before market values adjust. With that being said, here are five quarterbacks I’ll either be either buying or selling this off-season. Provided at the end is a list of potential trade targets as well with each player.

While most analysts are ready to anoint Brock Purdy as the week 1 starter already in 2023, I wouldn’t jump to that conclusion just yet. While the San Francisco 49ers have been winning games, it’s not because Brock Purdy is carrying the team. Receivers are often wide open given the talent the 49ers have at their skill positions, and Kyle Shanahan’s playcalling.

Furthermore, Brock Purdy lacks NFL arm strength and doesn’t provide a ton of upside. It would be similar to what Jimmy Garoppolo provides for them now at quarterback, and I don’t believe the 49ers have made a decision yet about next season. Particularly after the last game, If Purdy struggles again they could turn right back to Trey Lance in 2023.

The 49ers also spent multiple first round picks to acquire Lance, and won’t be excited to trade him away for pennies on the dollar. He would certainly have a market though, and Purdy would be on a short leash if they carried both quarterbacks into next season. Lance is still a quarterback with elite fantasy upside. We also saw how a quarterback like Justin Fields performed last season even with a nonexistent passing offense.

Trey Lance is still the youngest quarterback in the NFL, and didn’t play in a single real game this season (injured early in game 2, game 1 in a monsoon) and people want to write him off it’s so disgusting. https://t.co/xyT3aF92G1

I say this because his time in with the Minnesota Vikings may be coming to an end sooner rather than later. That won’t happen this season, but the Vikings have run it back with Kirk Cousins many times with little playoff success. His failure in big moments makes it even worse, and it wouldn’t be a surprise if Minnesota looked in a different direction.

At this stage, the best place for Kirk Cousins’ fantasy value is with the Minnesota Vikings. If he were to move on it would obviously be an unknown situation and he will be 35 years old at the start of next season. While he still holds top 15 dynasty quarterback value according to most websites, this may be the last season you can get substantial value for him.

This is another mobile quarterback coming off of a season-ending injury. He tore his ACL in a week 14 matchup against the New England Patriots and it remains to be seen if he will be ready to start the season. Early reports from the Cardinals though suggest they do plan to have him available in week 1.

Similar to Lance, Kyler Murray has elite fantasy upside with his dual-threat ability, and that didn’t change this past season. Even with the Cardinals’ offense being a disaster this year, he was still seventh in fantasy points per game. Arizona will be looking for a new head coach this off-season as well, which should be a welcome change for Kyler Murray.

In dynasty fantasy football leagues, Murray is ranked as low as he ever will be again for a long time. It is common to see him behind riskier assets like Justin Fields in dynasty rankings. Furthermore, Murray outscored Lamar Jackson in fantasy points per game in 2020 & 2021, and would have in 2022 as well if you take out the first three games of the season.

This is another player that won’t have a market with every fantasy manager, but should command high value still as a consensus top-six dynasty quarterback. Yes, you reading this article might already have Trevor Lawerence ranked ahead of him. However, that is far from the norm, particularly for more casual players.

Obviously, he’s being recommended as a dynasty sell because he hasn’t lived up to expectations for three straight seasons. He finished as the QB10 in 2020, before two back-to-back finishes outside the top 12 these past two years. This was obviously due to injury, but fantasy managers should begin questioning his reliability.

While this information is widely known, I fully expect Jackson to have a large segment of fans still going into the 2023 season. The upside is too tantalizing, and the change at offensive coordinator should help his perception. One more down season though and his dynasty value actually will tank.

I get it, Russell Wilson had a horrible 2023 campaign, and the Denver Broncos were a disaster. Nonetheless, it is surprising to see him behind quarterbacks like Jared Goff and Geno Smith in dynasty rankings. His best days may be behind him, but we at least need to see what he can do with a new coaching staff.

Wilson was actually able to end the season on a positive note finishing as a top 5 quarterback in three of his final four performances. The Broncos feature plenty of talent on offense as well, and they will all be back in a Denver uniform next off-season. This includes Courtland Sutton, Javonte Williams, Greg Dulcich, and Jerry Jeudy (who Wilson showed outstanding chemistry with down the stretch).

The most important piece for Wilson will be whoever is hired as the new head coach. It will be crucial that they have a plan to turn his career around as he should still have plenty of juice left at just 34 years of age. This is a player that finished as a top 10 quarterback eight straight seasons as well still prior to the 2021 season.