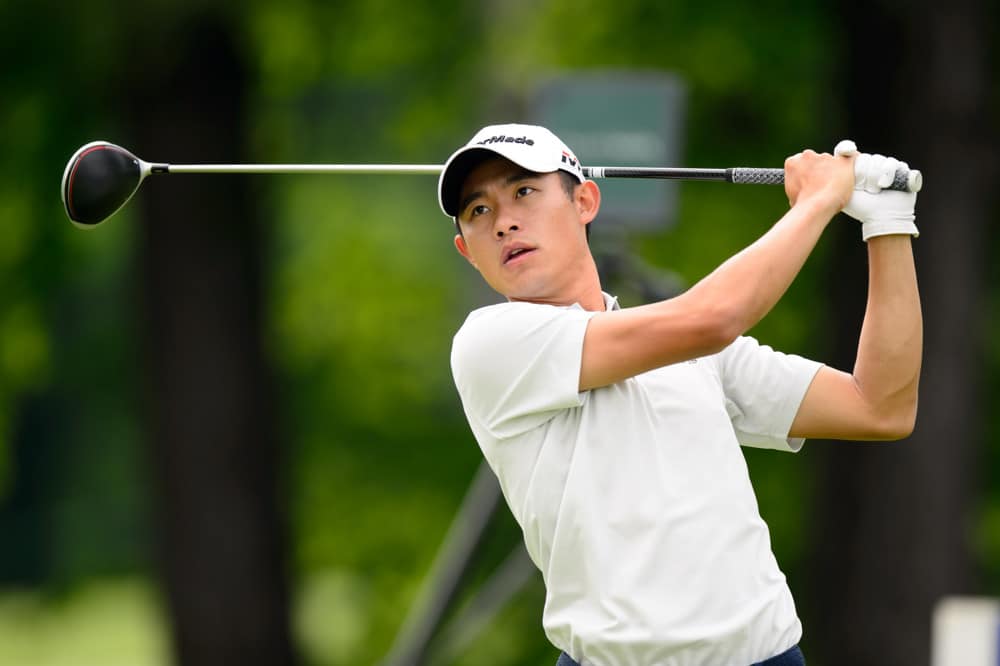 Each week, we will spread Five Grand across five of my favorite bets of the week. With that, here are my five best bets at the 2023 Farmers Insurance Open.

Could we actually go back to Collin after what we saw go down at Kapalua? That was brutal to watch. But I am certain Collin will rebound. He had a slow season in 2022 but is off to a great start in 2023.

Torrey Pines isn’t a perfect for him. But he can exploit it, especially if the conditions get tough. Morikawa’s greatest strengths are his precision driving and deadly accurate iron game. With the rough up heavily this week, playing out of the fairway will be a must. That will help Collin Morikawa a lot this week. Add a bet on Collin Morikawa to win the 2023 Farmers Insurance Open.

The perfect storm is brewing. We are in line for another Xander Schauffele win. The “back injury” looks all but healed after a great showing at the 2023 American Express. I’d say he feels alright.

Now Xander heads to his stomping grounds of San Diego and is playing a golf course that fits his game. He’s long and straight off the tee, an elite long-iron player, and putts well on poa annua surfaces. It is all coming together.

One year ago, we saw Will Zalatoris miss two consecutive 10 foot putts that cost him his first career PGA Tour win. It seems like everyone in the Golf Gambling Community had a bet on Zalatoris to win that week. We were calling that spot for him for months. He was truly inches from cashing the ticket but in outright betting, 2nd place is just as good as last place.

It’s one year later and Zalatoris is in line for another great start at Torrey Pines. He has made his first two cuts coming off a back injury that sidelined him for a significant amount of time. In those two starts, he did hot hit the ball amazing. But it wasn’t horrible either. There are not many golf courses that set up better for him. So I will buy a finishing position here with Zalatoris. Bet him Top 10 at the 2023 Farmers Insurance Open.

Will Zalatoris *just* missed this putt for the win. 😫

He will head back to the 18th tee to face Luke List in a playoff. @FarmersInsOpenpic.twitter.com/J61yqQPuAD

Every year, we see one of the games elite’s go on a scorched earth run where they look like the clear cut number one player in the world. Recent stand outs are Dustin Johnson two years ago, Jon Rahm after him, Scottie Scheffler last year, and Rory McIlroy this summer. It’s part of the sport and it cycles.

It is clear that Rahm likes Torrey Pines and when you look at the course set up and style, it completely checks out. Torrey Pines is a place that requires you to be long and straight off the tee. Jon Rahm is quite literally the best driver of the golf ball on the PGA Tour. I will not be the one fading Rahm this week and I am sure he will make us money this week. While his outright price is outrageous, a bet on a Top 5 at the 2023 Farmers Insurance Open is reasonable.

Jon and Kelley Rahm got engaged at Torrey Pines a few years ago. pic.twitter.com/bk4E76tyBw

Hayden Buckley is coming into the 2023 Farmers Insurance Open in amazing form. After a close call at the Sony Open, he’s primed for another breakout week. I tweeted out a picture of his recent ball striking numbers and they are truly astonishing.

does not get the respect he deserve… i mean these BS numbers are we kidding!? https://t.co/I3c21BFqws pic.twitter.com/P5d2e2eU7z

Since the US Open, he has gained over 4 strokes ball striking SEVEN times. Those numbers rank amongst the best of the best ball strikers over that period. Although Buckley missed the cut here last year, he is a more polished and more experienced golfer at this point in his career. Look for Buckley to have another good outing this week. Bet him for a Top 20 at the 2023 Farmers Insurance Open.