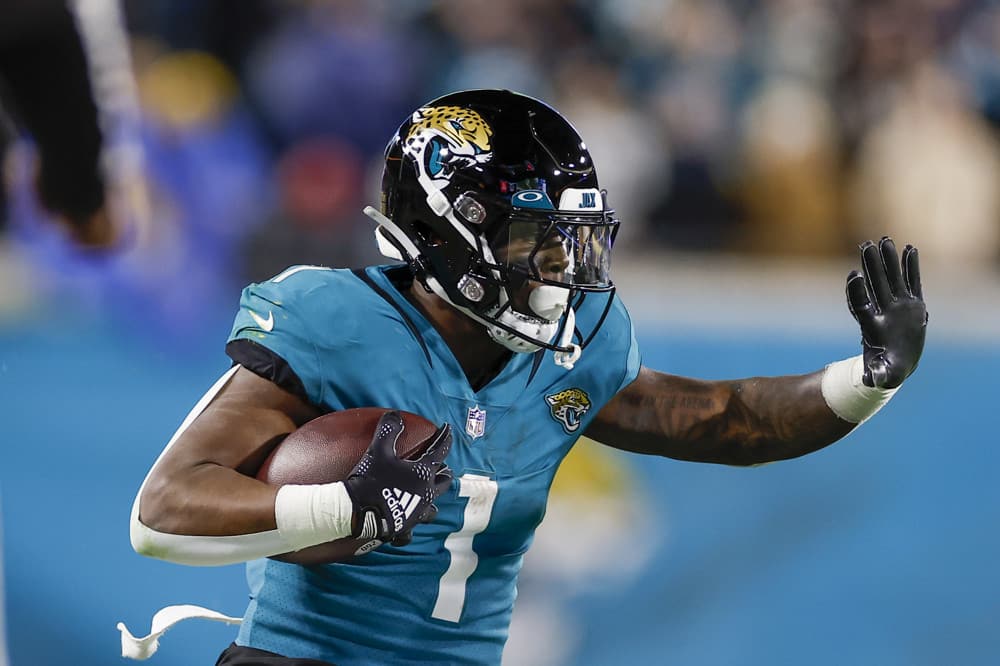 The guys (@GamblingPodcast) are joined by Andrew Raub (@ARaub23) from the SGPN Fantasy Football Podcast to give out their favorite FFPC Divisional Playoff Challenge picks.

Andrew Raub joins the show to discuss and draft FFPC teams for the Divisional round on. Teams are influenced by the exposure people have in teams they drafted prior, as well as other strategies and outlooks for the outcomes of this coming weekend’s games.

Playing the Divisional Round intelligently is finding guys who will most likely advance but with low ownership. Guys such as Brock Purdy, Deebo, and Jerick McKinnon will fly under some radars but can definitely have big games and still be playing after this week.

Daniel Jones isn’t projected for much even after his big time game against the Vikings. With a probable low ownership, he can be a great play. Pat Mahomes is elite. He has a great chance to still be playing in the Super Bowl and putting up crazy numbers. Jalen Hurts is the only quarterback in the playoffs who has not won a playoff game. If he is absolutely 100%, he can get busy on the Giants this weekend and string together some wins in the playoffs.

The Bengals have some o-line issues going into their game with Buffalo. This can lead to them getting creative in getting Mixon the ball in space through checkdowns, similar to what they did last week. When in doubt though, Joe Burrow looks for his boy Jamar Chase, he will continue to see a lot of volume. Travis Etienne can have a day in the ideal matchup he has against the Chiefs. His teammate Evan Engram will also be in position to have a great game as Trevor Lawrence’s favorite target as of late.

Pollard will be low-owned as the Cowboys will probably lose and other teammates will get a lot of attention making Pollard a bargain play. Ceedee Lamb also was a little shadowed by the play of other teammates and could get going this weekend. The Giants have three receivers who all have shown flashes of explosive production.

Anyone of them can get hot, one of them certainly will. Stefon Diggs is the guy amongst a high-power Buffalo offense and should have a field day on the suspect Bengals secondary. All 3 of the guys took him in their lineups this week, showing the belief behind him. Deebo Samuel is set to have a day on the Cowboys after looking really strong and aggressive last week.