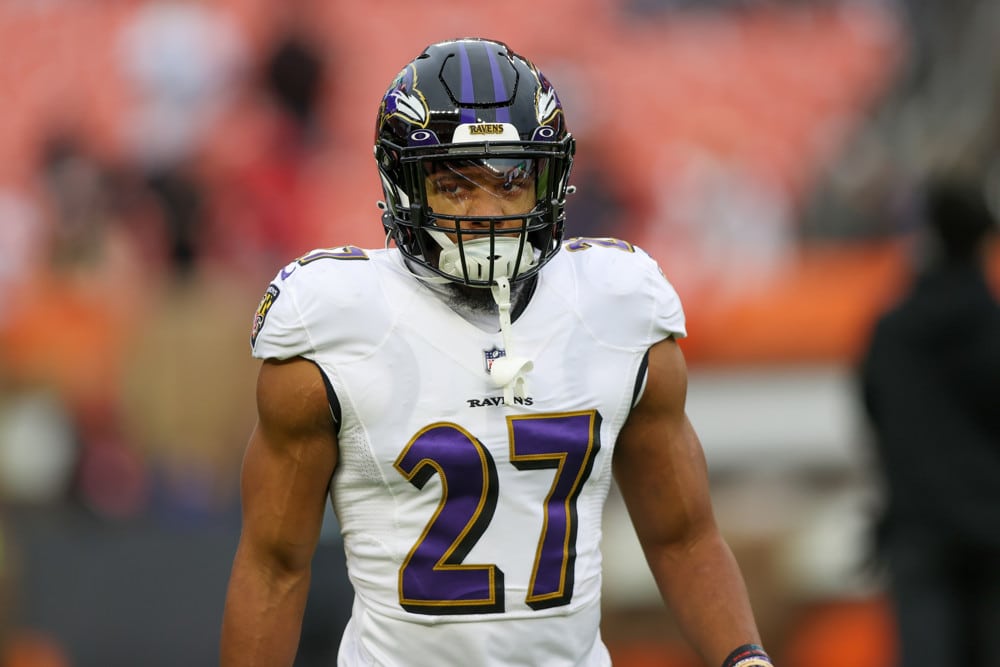 We all strive to find more ways to play fantasy football and extend the season, and this is a great way to do it. One of the more popular styles is the playoff fantasy football contest-style leagues.

A contest-style league runs similarly to a survivor league. You don’t draft a team but select from all eligible players playing that week. Each week you set your roster prior to the start of the playoff games. However, you can always use a player once throughout the entire contest.

That means if you pick Josh Allen as your quarterback in this first week against the Dolphins, you cannot use him again throughout the entire playoff contest, which runs through the Super Bowl.

So, what are the best fantasy football contest-style strategies? How do you balance between picking top fantasy performers and making sure you still have players to pick in the Super Bowl? Let’s take a look at some strategies and players I like for Wild Card weekend.

The most important thing to remember is you can only use a player once. That means by the time the Super Bowl rolls around; it’s possible you have nobody left to play. If that happens, you just have to hope you scored enough points leading up to the Super Bowl that you have enough of a lead.

So how do you determine which players to take each week? Perhaps you’re great at fantasy football, but calling games isn’t your forte. No worries, you can always head over to our NFL picks page and see what our experts say.

However, whether you’re using your own gut picks, or somebody else’s, what are the top contest-style strategies?

Do You Select Players On Teams You Think Will Win Or Lose?

The hard part with this strategy is if your picks are way off, you may have just selected a bunch of players that are advancing and can’t be used again.

The other downside is if you skip on a stud player like Joe Burrow, then he loses the first round, and you won’t get an opportunity to roster him at any point.

Therefore, it’s okay to throw a couple of players in that you think may win. It doesn’t have to be filled with players on teams you think will lose, but I think most of the team should be.

Remember, regardless of who you pick, you won’t get to pick them again. As teams exit the playoffs, so does your player pool.

Throw In A Sleeper Pick

Unlike the FFPC challenge, you can pick a new lineup each week. Your options will range from all players that are playing that you had not previously started. However, let’s say you decide to pick the majority of your players from teams you think will lose.

If they win, you’re likely out of the top options on their team. Is there a way to avoid that? Of course, there is. Just pick a sleeper.

Picking a player that is a sleeper candidate or a player you feel has a big boom or bust on a team you think will win. This can be a dangerous strategy because if they don’t produce, you essentially miss out on points. However, if they do produce and their team wins, you likely won’t have taken one of the top options.

One example here is Irv Smith, Jr., Just coming back from an injury. Smith caught three passes for fourteen yards. Not exactly gaining you a lot of points, but I feel they’ll involve him more going forward.

He’s also a good red zone target as Justin Jefferson, Adam Thielen, and T.J. Hockenson grab the defense’s attention. Plus, if the Vikings win, you haven’t used their top tight end and can still select Hockenson in the second round of games.

I don’t feel confident that the Seahawks can beat the 49ers. Yes, they are playing against a rookie quarterback. However, this San Francisco team is built to win no matter who is at quarterback. Geno Smith has been a solid fantasy football player all year.

In fact, he finished as the eighth-ranked quarterback overall. He’s a fantasy football contest-style player. I like this Wild Card weekend.

These teams played not too long ago. In that game, Smith had 31 completions out of 44 attempts while throwing for 238 yards and a touchdown. He also ran for an additional 18 yards.

I expect him to throw for another 230 yards, but two add an additional touchdown this weekend. 230 yards and two touchdowns is a great start, especially on a player who likely won’t make it to the second round.

Following the playoff fantasy football contest-style strategy of drafting players, I think will only play one round; J.K. Dobbins is next. He’s one of the contest-style wild card weekend players that should put up good numbers but only play one game.

The Bengals’ momentum seems too much for the Ravens to stop, especially with Lamar Jackson being out.

The Ravens are going to have to focus on the run, and that is going to involve J.K. Dobbins early and often. Dobbins didn’t play the last game against the Bengals in Week 18.

However, in the last previous four games, before he returned from injury, he averaged 99.25 yards a game. Adding his points to your first week in the playoffs and feeling comfortable that you won’t miss out on a future big game from him is a good move.

If J.K. Dobbins can get back to this form, it’s over for the league pic.twitter.com/8JqjfddHJV

Oddly enough, both of these receivers finished in the Top 10 wide receivers this year. However, without Tua and against a strong Buffalo Bills defense, it is hard to trust either. Still, I feel Mike McDaniel will work on getting both players involved.

Two weeks ago, they drew up a play that saw Tyreek Hill gain a rushing touchdown. With two fast gadget players, you can hand the ball off, run reverses, over even throw screen passes to either of these guys and have it potentially become a big play.

I don’t think the Dolphins can win this game. However, they’ll have to pass to keep up. This gives you two players with big-boom upside who likely won’t be options in the second week of the playoffs.

Dolphins tie it up with a Tyreek Hill rushing touchdown!
pic.twitter.com/54P5WcORSX

Tony Pollard finished this year with more fantasy football points than Ezekiel Elliott. The Cowboys play the Bucs, who have had an up-and-down season but still have Tom Brady. Selecting Tony Pollard in the Wild Card round of the playoffs can serve multiple levels of contest-style strategies.

The first strategy is selecting a player that may not advance. I have this game as the closest. Both teams can be good on offense when all cylinders click, and both have strong defenses.

If the Cowboys are going to win this one, they’ll need big plays from a player like Tony Pollard. I could even see him getting important passing-down work toward the end of the game if the Cowboys are trailing.

The other strategy here is selecting a player who may advance but isn’t exactly the starter. Pollard holds a lot of boom potential, but technically Elliott is still the starting running back and gets the majority of the RedZone carries.

Therefore, using Pollard the first week doesn’t mean you are completely out of options on Cowboys running backs should they advance. You could still decide to slot Ezekiel Elliott in your lineup in the second week of the playoffs.

These are just some of the strategies for the NFL playoff fantasy football contest-style leagues. You may also refer to these as survivor leagues.

They follow a similar pattern to a gambling survivor league where you pick one team each week that you are confident will win, but you can only select that team once.

There are so many different strategies to follow, and the goal is to consistently put up enough points through the Super Bowl to have the most points in the league at the end and win. The last strategy I give you is to trust your gut. Pick the players you think will have good games but won’t advance.

I would also save at least a player or two on the teams you think will make the Super Bowl. Unfortunately, you may end up never using these players. But it’s a risk I’m always willing to take. Good luck, everybody!