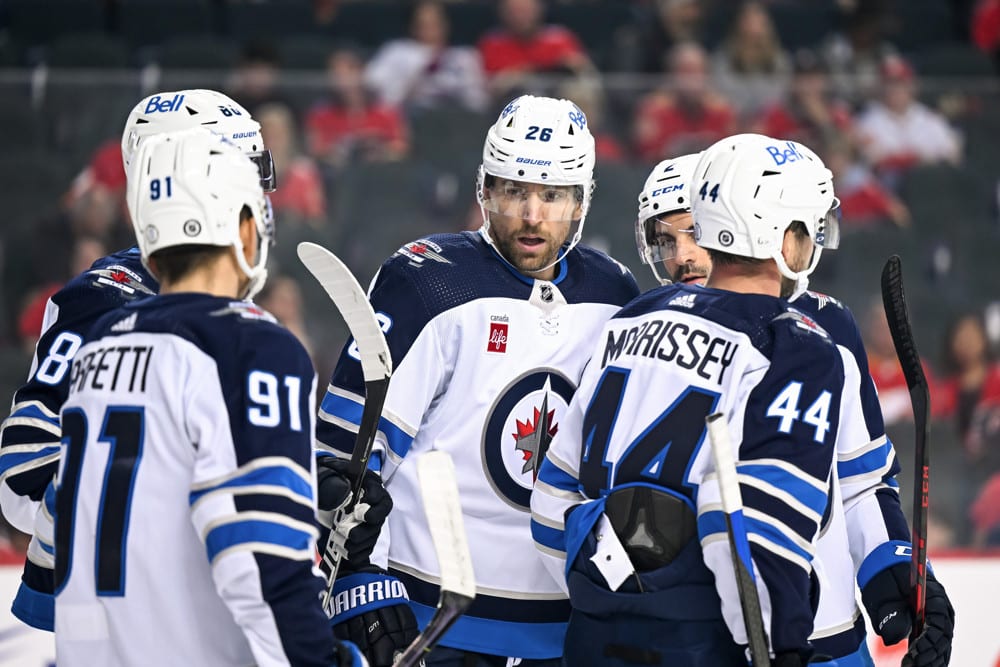 The NHL season is nearing the halfway point and the fantasy hockey season is heating up as well! There are sure to be holes in your lineup and a few pickups can make the difference between a win and a loss at this point in the season. It’s key to use the waiver wire to get the best pickups off waivers and looking ahead to the NHL schedule for the best teams and players to stream.

We’re back with our fantasy hockey waiver wire teams to stream and best pickups article for Week 14! The NHL has a typical schedule this week with double-digit games on Tuesday (10), Thursday (12), and Saturday (14), leaving Monday (4), Wednesday (4), Friday (3), and Sunday (3) as the lighter days. Filling your lineup on those lighter nights will help you get an edge on your opponent.

The Edmonton Oilers are the main team to target this week as they play four times including on Monday, Wednesday, and Friday. The Montreal Canadiens, Nashville Predators, and Winnipeg Jets are also worth a look as teams playing four times in total but twice on those lighter nights.

The Oilers are a very top-heavy team with two of the best players in the world, so it’s a bit harder to find some guys worth picking up from Edmonton. Still, there are a few players worth looking at in deeper leagues.

This is purely an opportunity play as the winger gets to play alongside Connor McDavid — at least for now. The 2017 first round pick has just nine points in 25 games this season, matching his total in 40 games last year. He had three goals in two games prior to the new year but has been held off the scoresheet in his last three contests.

There are likely better options out there in your league but Kostin could be worth a flier in deeper leagues.

The same reasoning goes for Yamamoto as he’s slotted in on the top line with McDavid. Yamamoto is also a first-round pick from 2017 with just 10 points in 29 games this season.

You’re really just hoping that Yamamoto can be the recipient of a nice pass from McDavid or pick up a lucky assist. He has a goal and two assists in his last six games.

Both Edmonton goalies are rostered in 50% of leagues or more, but I wanted to mention them here. They have a back-to-back on Friday and Saturday in San Jose and Vegas, and that should be an easy win for whoever starts on Friday. Keep your eyes peeled and snatch whoever’s starting if you’re in a shallower league.

The Canadiens are another top-heavy team with Cole Caufield and Nick Suzuki being the only Montreal players rostered in more than 27% of leagues.

Dach plays alongside Caufield and Suzuki on both the top line and top power-play unit. His versatility adds some value as well.

The former Blackhawks prospect has 24 points in 40 games this season, making him a decent option in a busy week. He scored in Saturday night’s win against the Blues.

Anderson is a bit overlooked given his production. He shouldn’t be rostered in a ton of leagues, but 4% seems really low. The winger has goals in three of his last five games and consistently takes a few shots on goal per game. Anderson will also contribute in banger leagues with hits and blocks.

The man nicknamed “WiFi” could help your connection this week. He typically has multiple hits in a game — he’s had 13 total in his last four contests — and can add some blocks as well as production on the scoresheet. The defenseman has five points in his last nine games including two on the power play, where he plays on the second unit.

The Predators are an interesting bunch with a few diamonds in the rough.

Niederreiter is a solid veteran and you mostly know what you’ll get from him. He is on pace for another 20-goal, 40-point season after putting up 44 goals in 131 games over the last two years in Carolina. This is his first year with the Predators and he’s producing out of a middle-six role. Niederreiter has 86 SOG in 38 games as well and has been shooting more as of late.

Trenin has been grinding away on the fourth line and making the most of it. He has five points (three goals, two assists) in his last six games with a total of 15 shots on goal. The fourth-liner also has 16 hits during that span for banger leagues.

Ekholm has been the talk of the league at past trade deadlines and he’s likely to be available again this year. He’s been producing recently with six points in his last nine games, including three in his last three contests.

This is a guy that plays over 20 minutes a night and contributes across the board. He could be a guy to hold onto in deeper leagues in hopes that he’ll quarterback a power play after the deadline.

The Jets have seven players rostered in 50%+ of leagues — and they should all be rostered — but there are a few deeper fliers.

Wheeler just returned from a ruptured testicle on Friday and although he’s yet to get on the scoresheet in two games, the second-line winger should see some production soon.

Wheeler has 26 points in 30 games this season and has been nearly a point-per-game player recently with 60 points in 65 games last year.

Perfetti might be my main Jets target in deeper leagues. He also plays on the second line and recently returned from an injury. The rookie has 20 points in 34 games this year after putting up seven points in 18 contests last season.

DeMelo plays on the top pair with Josh Morrissey and is seeing some fruits of that. He plays well over 20 minutes a night and has two points in his last three games. He’ll pick up hits and blocks on a nightly basis as well.