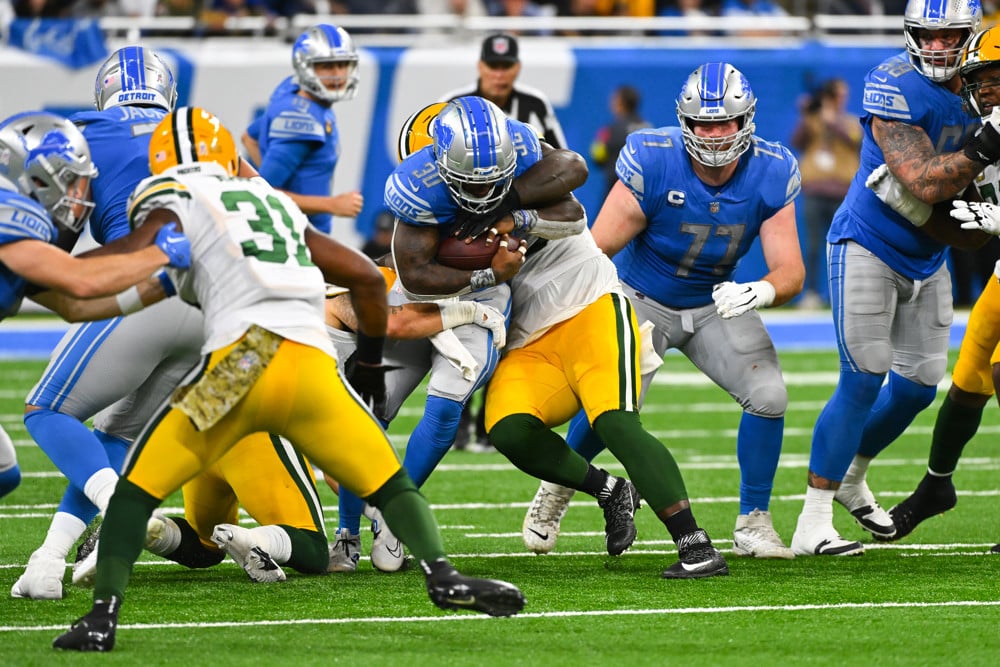 This is it! Game 272 of the NFL regular season is the Sunday night encore this weekend. A divisional showdown at historic Lambeau Field. It will determine the final spot in the NFC playoffs.

Here are the scenarios for this game. If the Packers win, they are in. If Seattle loses to the Rams in the Sunday afternoon game, a Detroit win gets them in.

However, If Seattle wins, Detroit can still play spoiler to their rivals and keep the Packers out of it with a win. No matter which one we see, this should be an instant classic.

The spread for this matchup is currently -4.5 in favor of the Green Bay Packers. WynnBet is paying -110 either way for each team. Early on, 58% of the public is weighing in favor of the Packers, who originally opened at -3.5 point favorites.

The Packers started the season 3-1 before a five-game losing skid, including a 15-9 loss to the Lions in Detroit in week 9. After falling to 4-8, the Packers have won four in a row, including a 41-17 drubbing of the Vikings last week. Green Bay is about as middle of the road as you can get against the spread at this point in the year. 8-8 overall ATS record, 4-3 as the home team, and 3-3 as home favorites.

The Detroit Lions began their season 1-6 with a sole victory over Washington in week two. It appeared the same old Lions again in 2022 until that Green Bay game. The Lions beat the Packers and went on to win six of their next eight games after that. Dan Campbell has shown us a new Lions team in this second half of the season. The Lions are 11-5 against the spread overall, 4-3 on the road, and 4-2 as road underdogs.

Let’s take a look at the Moneyline, and see why it may be beneficial to include the Lions at the tail end of some of your weekend parlays. WynnBet is currently offering the Lions at +182 to win outright, while the Packers are at -220.

The Lions are no strangers to winning outright when they are underdogs. They did it in week 15 in New Jersey against the New York Jets. Back in week 11 in that same stadium, they pulled off the upset over the Giants.

In week 10, the Lions went into Soldier Field and beat their division rival Chicago Bears. This team is tough, and they’ve beaten the Packers once already. So if you like them to get the job done Sunday night, +182 is a juicy addition.

WynnBet is offering this line at 49.5 and paying -110 either way. This is the second-highest total on the board for the weekend behind Saturday’s Kansas City Chiefs at Las Vegas Raiders game.

These are two of the better teams for the season’s overs. Detriot is second only to Minnesota on hitting the over in their game at 10-6. Green Bay isn’t far behind at 8-8. Both teams poured it on against divisional foes in week 17 as each team put up a league-high 41 points in their respective games.

Before their week nine matchup earlier this season, over this total of 49.5 had hit in four consecutive games. When these teams match up, more often than not, the fireworks ensue. While you may look at a week 18 divisional matchup as a hardcore slugfest in the cold of Lambeau, maybe think again.

With a kickoff temp around 28 degrees and almost no chance of precipitation, it’ll be cold but not as crazy as we’ve seen in Green Bay before. Bring out the stars and stay for the offense shootout for the playoffs.

The Lions held the Packers to just nine points back in week 9. Despite that, Aaron still threw for 291 yards and 1 TD. He cost himself the chance at more touchdowns by throwing three interceptions, something very rare from this veteran QB.

Aaron loves the Sunday night spotlight, averaging 2-TD’s per game over his 25 Sunday night starts. If this over is going to hit, Aaron will throw for a few.

With four touchdowns on SNF, @AaronRodgers12 is at 33 TD passes to only 4 INTs on the year 🔥 pic.twitter.com/ZWympue9cg

This one is simple but offers great value and is easily achievable. The case for the Lions Moneyline has been laid out above. Jamaal William is the NFL’s leader in rushing touchdowns this season with 15.

He’s been a little quiet in the touchdown front later in the season but got back on track by punching one in against Chicago last week. If the Lions get within a few yards, I love to hand it to Williams and play smash-mouth football.