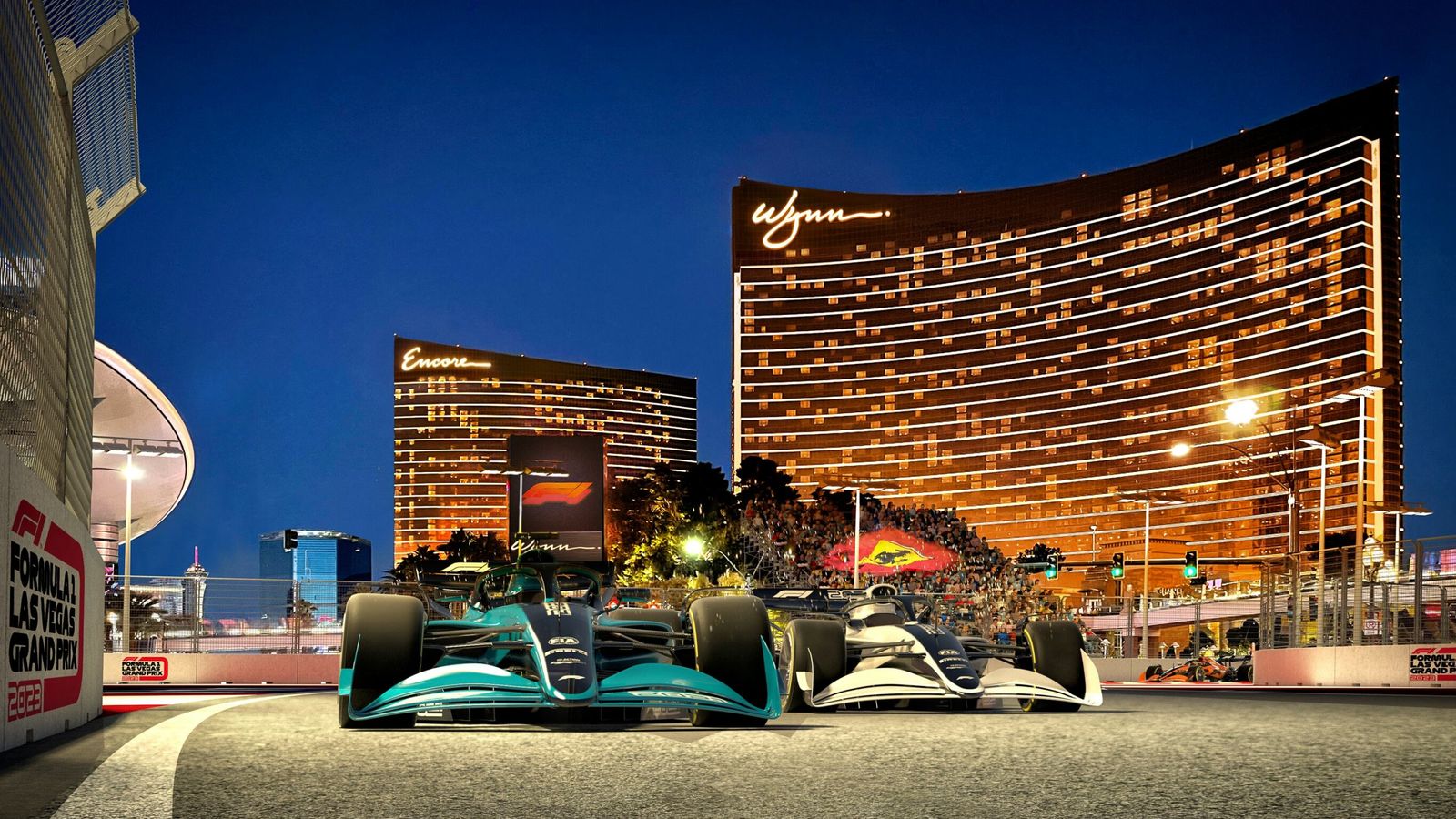 Viva Las Vegas! The greatest spectacle in racing and the world’s entertainment capital are set to collide in the 23rd round of the 2023 Formula One season. Sunday, November 19th at 1:00 AM EST the stars of Formula one will take to the track for the Formula 1 Heineken Silver Las Vegas Grand Prix.

Located in the heart of downtown Las Vegas, the new 6.12km, 14-turn street circuit winds its way past iconic locations like Caesars Palace, the Bellagio, and the Venetian. With average speeds expected to match Monza, otherwise known as F1’s ‘Temple of Speed’, there promises to be plenty of action and overtaking.

This isn’t the first time Formula One has visited Las Vegas. Under the name the Caesars Grand Prix, races were held here in 1981 and 1982. In both seasons it was the season finale. This year’s race will be the second to last on the schedule. Abu Dhabi will remain the final race of the season. In ‘81 and ‘82 the race was held on a temporary track next to Caesars Palace. The new design will take drivers right down the famous Las Vegas strip.

While this race won’t take place for another eleven months, the books have already blessed us with odds for it. It’s the off-season and we’re all starved for more F1 racing. So, why not take a dive into the odds and best bets to see who may be worth placing a way too early (come on is there such a thing?) bet?

This is the first bet that jumps off the board to me. Red Bull leads the odds (-143) for obvious reasons with Mercedes right behind (+175), then it’s a drop-down to Ferrari at 5/1. With this race being at the end of the season, the plus money opportunity here is great.

If Charles breaks out during the season or pulls off some wins this number will drop, also with it being Ferrari as a whole, it allows you to cash if Carlos Sainz grabs the win.

As mentioned above, Monza seems to be the most comparable track. With that being the case I will lean more heavily on numbers from the Italian Grand Prix. Charles started on the pole in Monza this year. He had a chance taken away late after the safety car for Daniel Ricciardo was never lifted and the race finished under yellow.

Charles also won at Monza in the 2019 race, combined with the fact that I see him improving even more on a great season last year screams value to me here.

This one is a little juiced up but that doesn’t bother me. Russell started third in his first year with Mercedes at the Italian Grand Prix, scoring the podium finish in third place. Even in 2021 with Williams, Russell was able to finish in the points in ninth place.

Russell had one of the most consistent seasons in Formula One in his first year with Mercedes scoring eight podium finishes on the year. George scored his first Formula One victory at the Brazilian Grand Prix with just two races in the season. With the way, Russell performed last year, and how Mercedes came on at the end of the year, look for him to have a good run in Vegas.

The Formula 2 champion moved up to Formula One (finally) this season. Jumping into McLaren to replace Daniel Ricciardo puts him in a pretty solid ride right away. In 2022 Lando Norris was able to easily score points with a solid sixth-place finish.

McLaren was often the “best of the rest” behind the big three teams. While the loss of Ricciardo will surely be felt, this team seems to be on an upward trajectory. With almost his entire rookie campaign in the books by the time they get to Vegas. Look for the young Australian driver to score that points finish.

If you have any belief Max will be anywhere near what he was last year. Now is your best chance to scoop up these low odds while you can. During his fifteen-race campaign in 2022 -118 odds would have been a gift from the racing gods!

Above, I laid out the case for Russell to get on the podium. For all the same reasons I think now is a great time to grab him to win. If Russell can score a win or a few earlier in the season, these odds will keep crawling down.