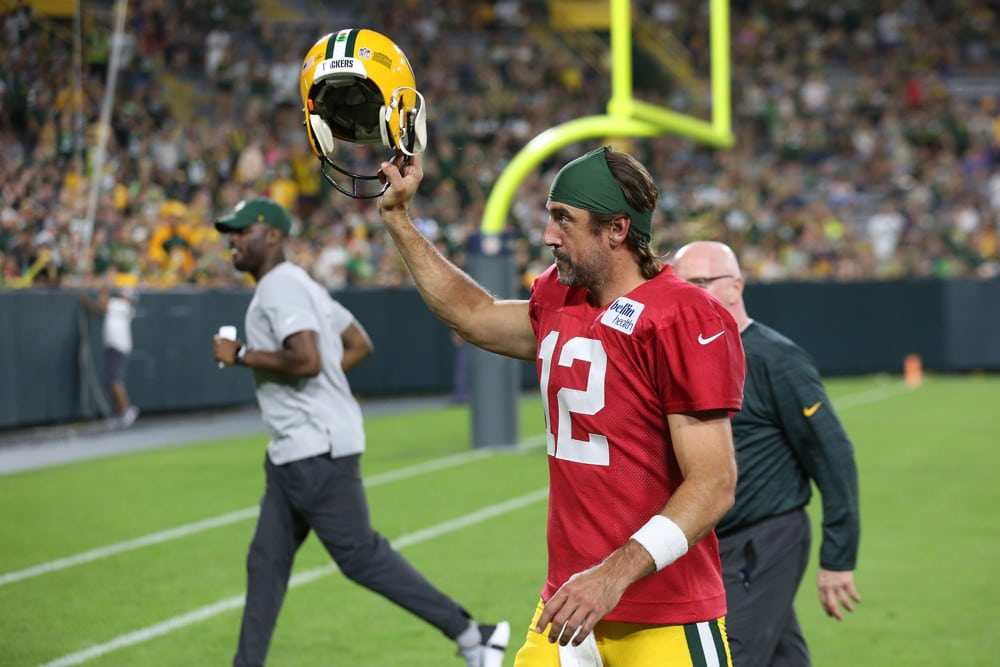 There are a lot of older Quarterbacks sell candidates in Dynasty moving forward. Quarterbacks really do not carry a lot of trade value in single-quarterback formats, but they can still be used as tradeable assets. In your Superflex leagues, all quarterbacks have value.

Of course, not every quarterback is valued the same. But you can still get something for those aging quarterbacks as long as they are starters. Typically the peak age is 33. Tom Brady is the exception and not the rule. At this age, most of your rushing quarterbacks cannot rush at the same rate or have suffered an injury.

Aaron Rodgers has been known for high TD numbers and low interception totals. He has sprinkled in some rushing over the years, and almost all of these things aren’t happening anymore. Rodgers has a pedestrian 24 touchdowns with 11 interceptions this season. Rodgers may not break 4,000 yards this season.

This season he could be the next player traded, which could be a big favor to his dynasty managers. If he stays in Green Bay, it would take a lot to improve his value. Trade him while you can; he still has a big name. You aren’t going to get top dollar, but you still want to get out before it is too late. Get younger!

In a single quarterback league, his value is a 3rd, according to our trade value chart. In Superflex leagues, all quarterbacks have some value. Currently, he is worth a mid-late 2nd round pick on average. Some leagues won’t even give that, but some will.

I would trade Rodgers straight up for Geno Smith right now due to getting younger. Another player you could move him for would be Jared Goff, who is five spots lower on ECR. If I could get Goff plus anything, I am taking that all day.

Kirk Cousins just went over the 4,000-yard mark three years in a row. Cousins could also beat his 33 touchdowns from last year, as he sits at 27 with two games left. Cousins has been great this year and really has been good for the last three years.

But he is 34 and soon to be 35. Capitalize on the good season and get younger. Cousins offers little to no upside, and right now, he is sitting at 14th in the dynasty rankings ECR.

Moving Cousins on a contending team will be hard and for a rebuilder is obvious. Cousins could net you a late 1st or early 2nd in Superflex drafts this year. He is a mid 2nd in single quarterback leagues. A player to target in a trade for Cousins would be Kenny Pickett, and if you can get Pickett +, that is a win.

Russell Wilson will be a hard player to move right now, but the hopeful folks will come around this offseason. The team knows that they have to find a coach that pairs well with their huge investment, and their goal will be to fix Russ.

If they pull a big name like Sean Payton or anyone that has had success with Quarterbacks in the past will open a window. Russ has not been the same for a few years and the Seahawks trading him away was a flag that many people missed.

Ironically a player to target is Geno Smith, who is actually two years younger. Geno has outplayed Russ by far this season, but because of his career path, he will have doubters. Wilson’s value in SuperFlex right now is a late 2nd early 3rd, and his single QB value is a 3rd if you are lucky.

A younger player you could turn to if you try to get younger would be Mac Jones. Current ECR has Mac Jones at 20 and Russell Wilson at 16. If you can get something added to the deal, it’s a plus. 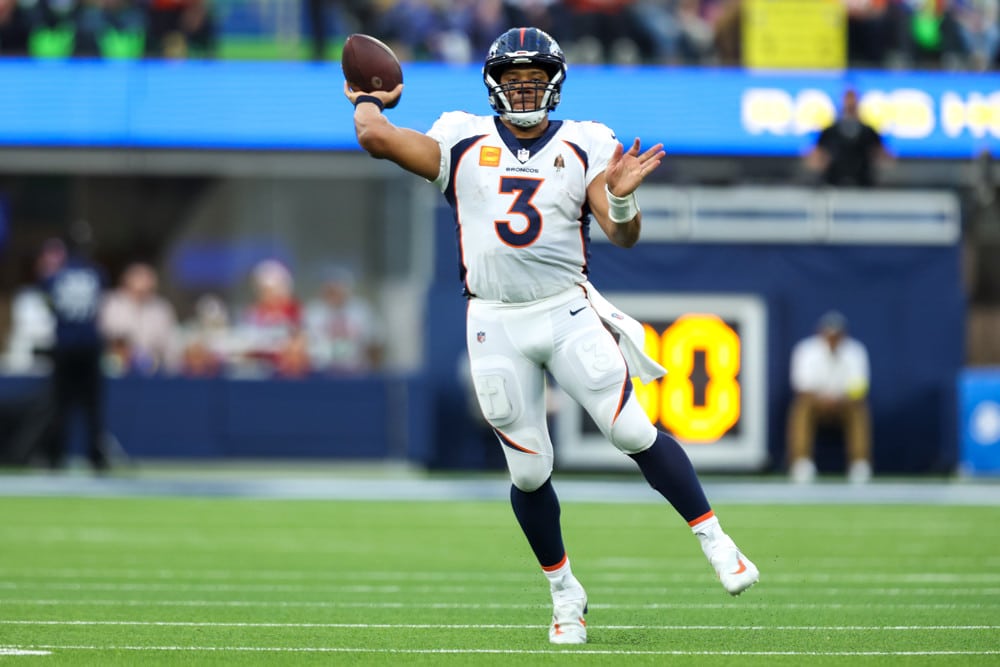 Tannehill is injured, and that doesn’t help his value, but Malik Willis isn’t doing anything to hurt it, either. Willis’ play might actually be helping it. Tannehill could be a player moved this offseason if the Titans choose to rebuild.

That could add some value, and the team could also look to add a WR this offseason to support Tannehill too. Either way, he is 34 years old, and you will want a younger model. Currently, his value in Superflex would be a late 2nd or early 3rd.

In a single-quarterback league, you might be able to get a late 3rd. Tannehill is down at 24 in the ECR right now, and it is really hard to trade him for players right now. Any player you would move for him that is younger is a gamble.

Desmond Ridder is a target. The falcons also pick at six currently. Mike White and Brock Purdy have played well. No promises for either of them. Jordan Love would be interesting if the Packers traded him or moved on from Rodgers. Trading Tannehill for one of those players, plus a pick, would be my trade suggestion here.

Geno Smith has had a resurgence and is one of the NFL’s best stories in 2022. His comeback journey has been unreal and for him to be a top-10 fantasy option was totally unexpected.

The last few weeks haven’t been as good, but Geno has been great this year. Geno Smith has earned a starting job somewhere next year. The Seahawks do currently have the 3rd overall pick and could draft a quarterback.

Geno is also a free agent, so they will have to tag or resign him. If they tag him, they could still draft a quarterback. Geno likely gets a short-term deal where ever he goes. His value was little to nothing in August, and just four months later, you can move him for a 2nd round pick.

A suggested player swap to get younger would be Jared Goff or Daniel Jones plus. They are each 6 and 7 spots lower than Geno in the ECR. Neither of them is guaranteed long-term value either, but their age does suggest they could. The ECR suggests you could get those players plus for Geno right now.

There are a lot of quarterbacks in transition, and there will be 1-year starters. Trade them while you can. This off-season, there was some small value for Marcus Mariota and Mitch Trubisky. If you traded them before week 1, they had some value.

If you tried to trade them now, no one will pick up the phone. Identify those bridge quarterbacks and move them. Identify lame-duck quarterbacks like Davis Mills.

These bottom-of-the-barrel depth pieces are better off-traded than sitting on your bench for just-in-case scenarios. If you thought you had to hold Mitch, Mariota, and Matt Ryan this season to play, you weren’t a contender.