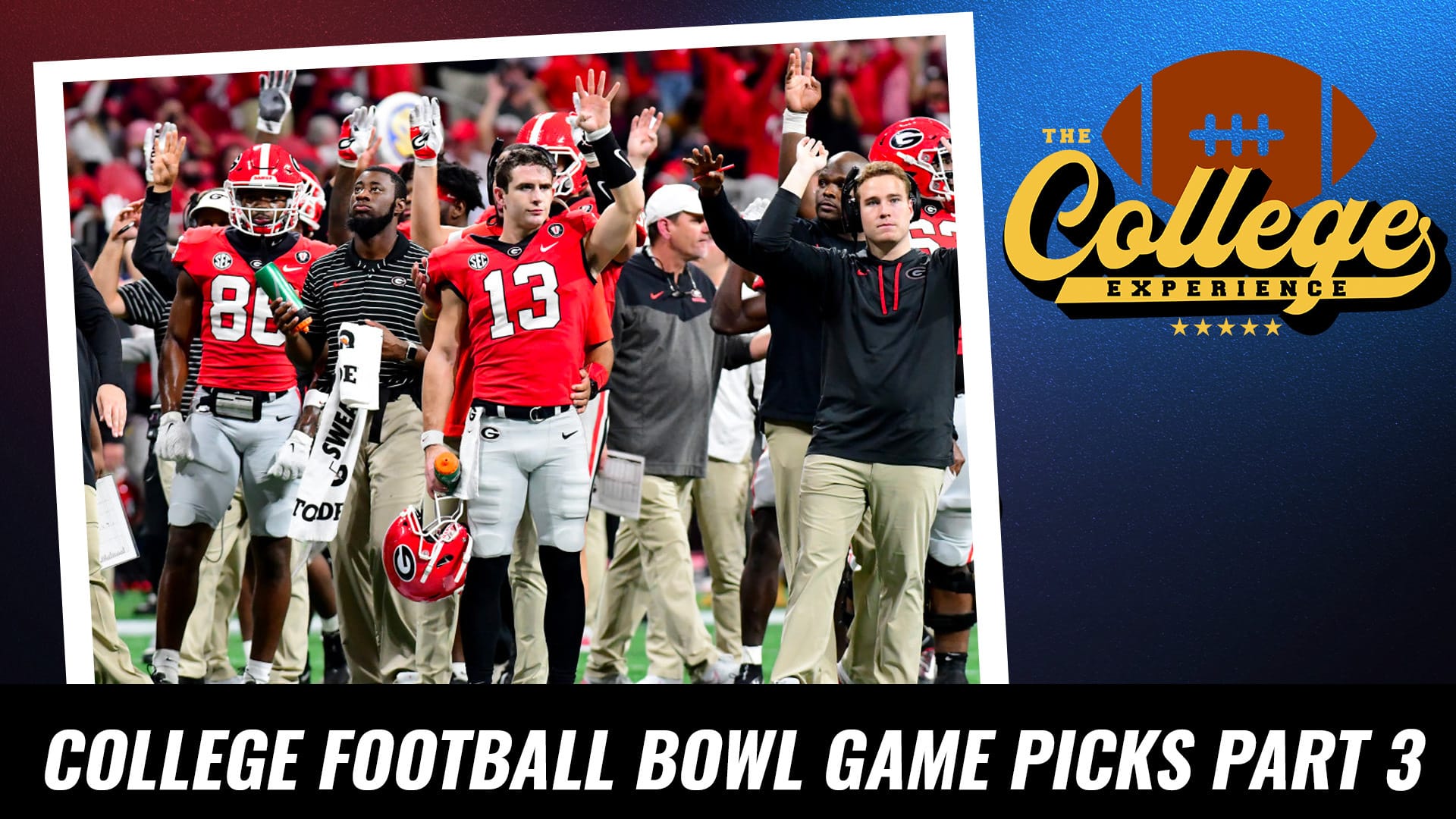 Is Mike Elko the best hire of the past offseason and will the Duke Blue Devils put it on the UCF Golden Knights? Can Kansas pull off a winning season as they take on the Arkansas Razorbacks in the Liberty Bowl in Memphis? Will the Pac 12 continue its dominance over the ACC when the North Carolina Tar Heels take on the Oregon Ducks in San Diego, California? Is Lane Tiffin and the Ole Miss Rebels going to wreck the Texas Tech Red Raiders in Houston, Texas?

Can Syracuse find a way to win without their star running back Sean Tucker against the Minnesota Golden Gophers in the Pin Stripe Bowl? Will Brent Venables and the Oklahoma Sooners cap off their season with a winning season when they take on the Florida State Seminoles in Orlando, Florida? Will Texas take down Michael Penix Jr. and the Washington Huskies in San Antonio, Texas? Was Jerry Kill the perfect hire at New Mexico State?

Will NC State get some old ACC revenge on the Maryland Terrapins in Charlotte? Does Deion Sanders already have the Colorado Buffaloes contending in the Pac 12? Will Chip Kelly and the UCLA Bruins put it on the Pitt Panthers and Pat Narduzzi in El Paso, Texas? Can Spencer Rattler beat down the Notre Dame Fighting Irish? Will Craig Bohl and Wyoming grab the win against Ohio? Is Clemson a sure bet to take down the Tennessee Volunteers and Joe Milton?

Will Alabama make a statement in New Orleans against the Kansas State Wildcats? Is Iowa Kentucky the most terrible bowl game of the season? Will Max Duggan and the TCU Horned Frogs be a live dog against the Michigan Wolverines Saturday? Will Ryan Day and the Ohio State Buckeyes deal the Georgia Bulldogs their first loss of the college football season? Will Mississippi State honor the great Mike Leach with a win in Tampa on the pirate ship against the Illini? Can the Utah Utes win their first Rose Bowl? We talk it all and more on this episode of The College Football Experience.