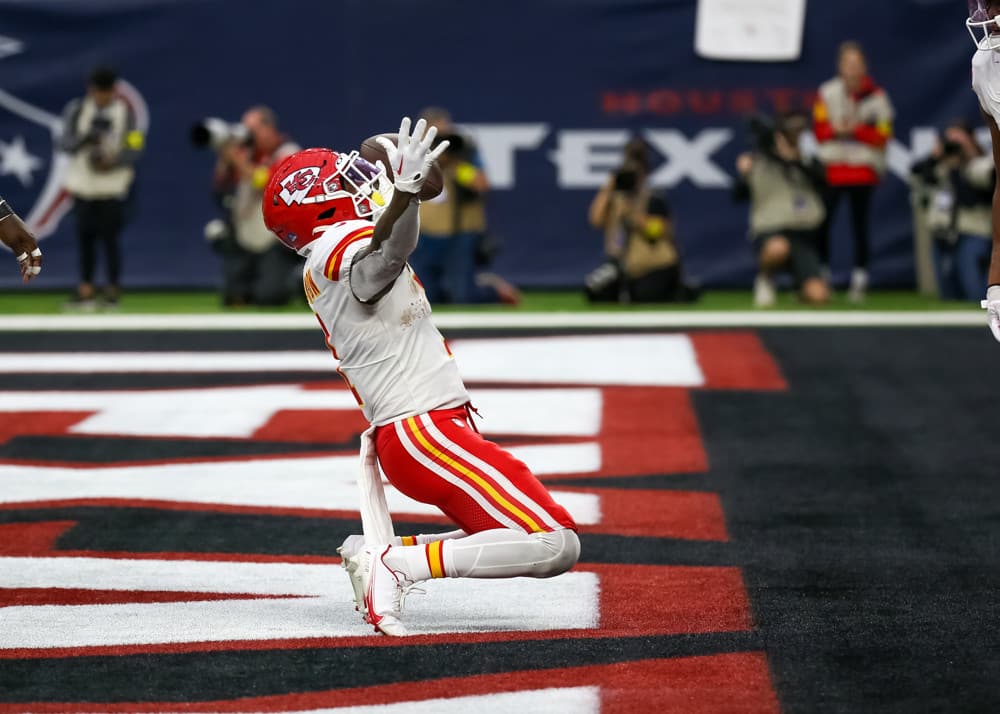 Hello everyone and welcome to one of the final rankings updates from the season as we dive into the semifinals of most fantasy football leagues. If you are reading this article, then you are likely in a semifinal matchup, or you are truly a degenerate like one of us. Either way, congratulations as you have made some outstanding decisions as we end the year.

With that let’s dive into it as the SGPN staff has put in overtime this week as we know this matchup decides who’s going to be playing for the grand prize and bragging rights in your league. Check out our full rankings posted within the link below. Additionally, I provided further analysis on the players my fellow ranker Justin Bruni and I differed on the most.

I understand my friend Bruni’s thinking in ranking Jerick Mckinnon as the RB10 this week, but I’m a bit more pessimistic. The reason I understand this ranking is that he has finished as the overall RB1 two weeks in a row and is really coming into his own. He’s caught 15 passes for 182 receiving yards and has 4 touchdowns over that span as well. He’s the perfect fit in this offense that’s dying for a pass catcher after Travis Kelce and Juju Smith-Schuster.

McKinnon is also literally one of the most athletic Running Backs of all time measuring in the 90th percentile or above in every testing category. Why am I ranking him as the RB18 then after these impressive performances? Because these were his two greatest fantasy performances of all time and he received only 16 rushing attempts in the last two games. Big days are ahead for McKinnon but his usage will likely be up and down and depend on the game script. That being said I am starting him with confidence in my semifinals as a midtier RB2.

After a wonderful start to the season, the wheels are beginning to come off finally for Jamaal Williams in terms of fantasy. Despite double digit rushing attempts in every single game this season, Williams hasn’t finished as a top 30 Running Back since Week 11. Although he has had some big weeks this season, he’s only averaged over four yards per carry five times in 2022, leaving him largely touchdown dependent.

Additionally, he receives nearly no work in the passing game with Justin Jackson and D’Andre Swift both healthy. Something will have to change in order for Williams to go over his projection this week, and I think he needs multiple touchdowns to finish better than an RB3

Zay Jones is a player that Bruni and I are in agreement on as we both have him ranked as a low end WR2 after some stellar performances. He’s finished as a WR1 in three of the last four weeks and has averaged 10.25 targets. Furthermore, he’s received eight or more targets eight times this season already and is the WR19 in 2022 overall.

It’s Zay Jones, not Christian Kirk, who has been the favorite target of Trevor Lawrence during his late season surge. Trevor Lawrence versus the Jets’ defense is going to be one of the more exciting matchups of the week as well. Although New York will present a challenge, fantasy managers should be able to start him with confidence based on volume alone.

Adam Thielen is another player that I have ranked significantly higher and who’s also been on a hot streak recently. He has two WR1 finishes himself in the last four games and has three touchdowns over that span as well. Even though T.J. Hockenson has received a substantial target share, that hasn’t stopped Thielen from producing after a slow start to the season.

Kirk Cousins has improved his play recently too, and the Vikings are fourth in pass plays per game. He also has over 299 yards passing in four of his past 6 games, which is a perfect recipe for sustaining three viable fantasy weapons. He’s a bit boom and bust, but he is still a borderline WR2 in my Week 16 fantasy football rankings.

I’m just continuing to ride the hot hand here with Jahan Dotson who’s beginning to come into his own after a midseason lull. After an outstanding start to the season, Dotson suffered a hamstring injury in Week 4 and missed the next five games due to injury. In his first three games back, he worked in slowly and never got back up to the snap share he was seeing the first few weeks of the season.

That changed in the last two games and he has gotten a 79% snap share each week and finished as the WR19 and WR9 respectively. This included a 105 yard and 1 touchdown effort in Week 15 against the New York Giants. He’s in a tougher matchup against the San Fransico 49ers this week, but they rank just 20th in fantasy points given up to the Wide Receiver position. Dotson is a borderline WR3 with upside in Week 16 and his performance will likely depend on how much success Taylor Heinicke can generate.