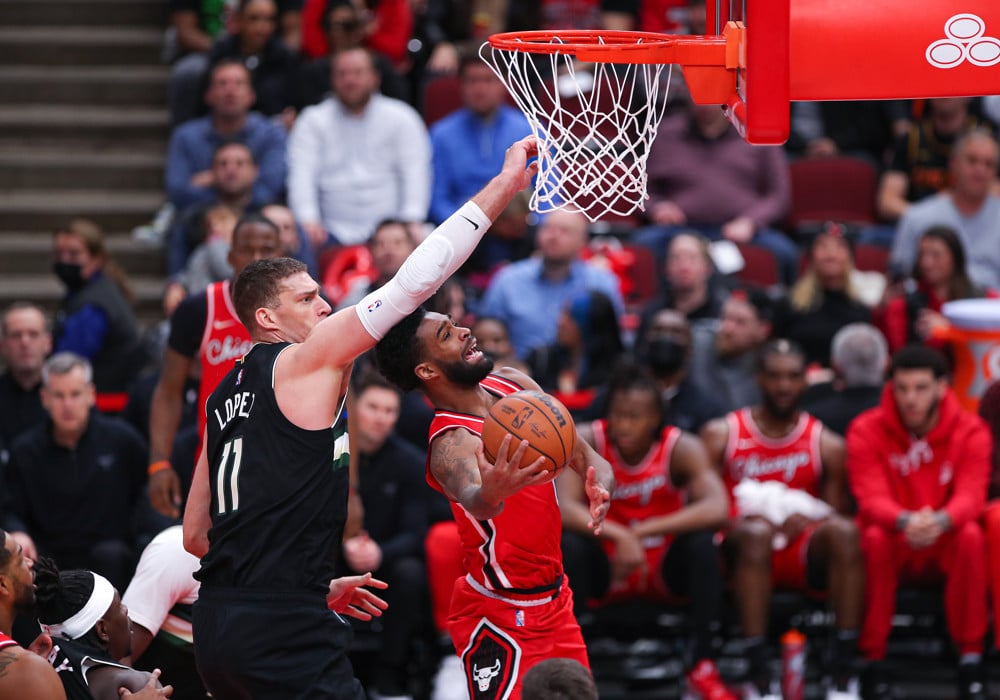 Christmas is right around the corner which means it’s the perfect time to start looking at the updated NBA awards market in the NBA. Since we are about a quarter of the way through the season some of the value might not be there. But there is still plenty of opportunity to make some money. In this article, I will break down my Updated NBA Awards best bets to make in the MVP, Defensive Player of the Year, and Coach of the Year categories.

For the first time in a while, it seems like the Boston Celtics are the big brothers in Boston. With the Patriots and the Bruins winning championships in recent years, it always seemed like the Celtics were left in the background. Not anymore, the Celtics have a 21-7 record and lead the Atlantic Division. Further, the Celtics have the best overall record in the NBA.

One of the many reasons for the Celtics’ success thus far is their All-Star, Jason Tatum. Tatum is the +270 odds favorite to win the MVP award, giving him a slight edge over the two-time winner Giannis Antetokounmpo at +300. Tatum is tied for fourth in scoring, averaging 30.0 PPG to go along with 8.1 RPG and 4 APG.

Tatum is having a career year shooting 47.2% from the field. He’s also improved from behind the arc and shooting more threes. That combined with his ability to get to draw contact and get to the line makes him one of the hardest guys to guard in the NBA. I believe if Tatum and the Celtics can stay healthy and be the number-one seed, it will give Tatum more votes. He has my vote as well to win the MVP at +270.

The 20-7 Milwaukee Bucks will be fighting tooth and nail with the Boston Celtics in the Eastern Conference for the number 1 seed. However, when you think of the Milwaukee Bucks, the first name that automatically comes to you is Giannis Antetokounmpo. However, there is a player not named Giannis who is in the lead to win Defensive Player of the Year, Brook Lopez.

The big man out of Stanford is averaging a career-high 2.9 blocks per game and has been on a tear as of late. In fact, Lopez had 18 blocks in his past six games. Furthermore, Lopez also ranks in the top 10 in defensive real plus-minus, per ESPN. Plus, Lopez does a lot of things on the court that might not show up in the box score. For example, he’s first in the NBA in shot contests on two-pointers and overall shot contests.

Brook Lopez might get overshadowed by Giannis and his terrific defensive play. But Lopez deserves a ton of credit for Milwaukee being second in the league in defensive efficiency. He has my vote and at +115 I’m taking Brook Lopez to win Defensive Player of the Year.

Most Improved Player of the Year:

Even though the Oklahoma City Thunder isn’t a must-see, one guy on their team is, Shai Gilgeous-Alexander. Some have argued that the Canadian has flown under the radar the past few years, but everyone knows him now.

SGA is a real problem! Since coming over to OKC in 2019, SGA has gotten better every year. I feel like since he plays in a small market on a bad team he doesn’t get the exposure that he deserves.

He’s putting everyone on notice this season. SGA is averaging 31 PPG, shooting 50.6% from the field and 93.4% from the line. He’s also putting up career-highs in steals and blocks per game. I think if SGA continues to ball out and take this Thunder team to the play-in game he has a good chance of winning this award. I’ll take Shai Gilgeous-Alexander to win Most Improved Player at -135.

This name might come as a surprise to some. But if you have been following the Pelicans this season you know exactly who Willie Green is. What a turnaround we’ve seen from this team this season. They’re the only team that is top 5 in offense and defense efficiency. They’re tied for the number seed in the West and have rattled off seven wins in their last eight games.

I personally think Willie Green’s run at Coach of the Year started last season getting his team a spot in the play-in where they won both games and actually gave the Suns a run for their money. Now, with their best player back and healthy this team is scary and in win-now mode.

This team is extremely deep. A combo of Zion, CJ, Brandon Ingram, and Jonas Valanciunas starting with guys like Trey Murphy, Larry Nance Jr, Naji Marshall, and Jose Alvarado coming off the bench. This Pelicans team can play defense, they can shoot, they’re versatile and extremely athletic and it all starts with the leadership of Willie Green. This team has it all and if they can stay the course and finish on top of the West, Willie Green has a great chance at Coach of the Year. He’s my pick at +450.

MAKE SURE TO SUBSCRIBE TO THE NBA GAMBLING PODCAST AND CHECK OUR DAILY NBA PICKS!