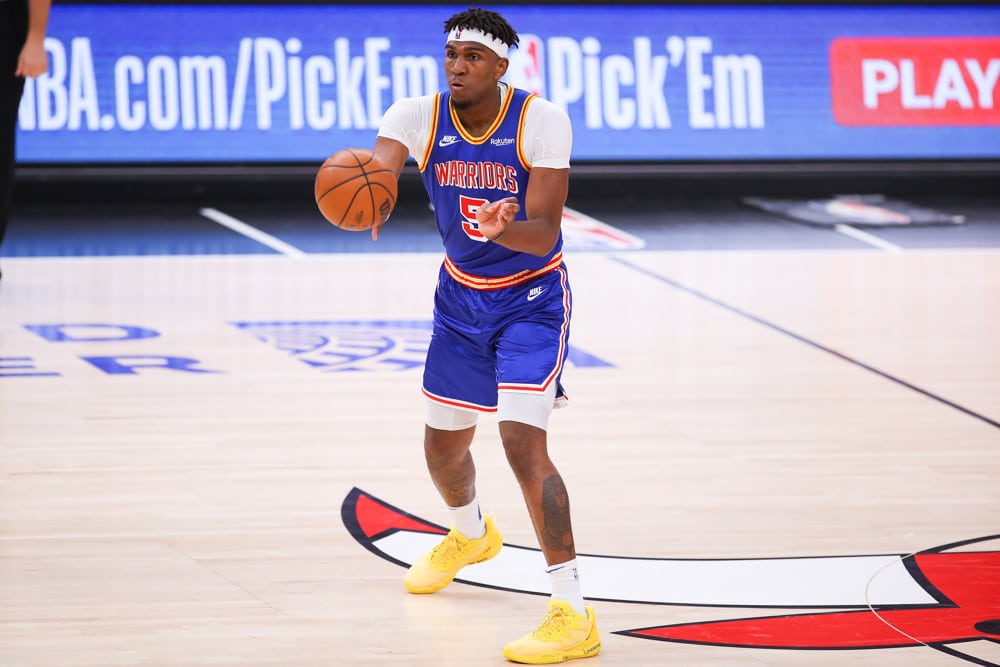 As we head into the marquee day on the NBA calendar – Christmas Day – we’ve got ten more players who are currently sitting gift-wrapped under the tree just waiting for you to grab off of your fantasy basketball waiver wire. Or something like that. And, yes, Kevon Looney appears on this list until further notice, as I’ve warned before.

As warned, boring Kevon Looney is again on the list – this time in the top spot. But, once again, it’s well earned as he’s stepping up for the undermanned defending champions. On Sunday he posted 11 points, 11 boards, two assists, and a block; on Friday the damage on his opponents amounted to 14 points, 11 boards, nine assists(!!), two steals, and two blocks. He continues quietly having a career year in the Bay.

KCP is filling the stat sheet up for the Nuggets in his first season in the Mile High City. Last Wednesday he had a very well-rounded 11 points, five boards, three assists, two steals, and a block. He’s having the best shooting season of his career, especially from three, where he’s hitting two a game on a scorching 45.8% accuracy rate. And as of this writing, he appears to be on his way to a big performance during Sunday’s game.

Will Patrick Williams ever justify his draft position of fourth overall in 2020? Probably not, but he’s still only 21 years old and is having a solid campaign for the Bulls. His blocks have doubled since last season, he’s hitting more threes than ever, and he’s shooting 93.3% from the charity stripe. Plus, he’s on a nice little run, with three-straight double-digit scoring games (including Sunday), with two threes in each game, and a very impressive 12 assists total.

Like Williams, Onyeka Okongwu is another former high draft pick (sixth overall in 2020) who is on a decent run as of late. On the season, rebounding is the only stat he’s improved on over last year, but he’s put together some nice games over the past week or so. Over his last four games, he averaged 10.5 ppg, 9.3 rpg, and 1.0 spg, with three blocked shots. If he could get his blocks per game back to 1.3 like it was last season, he’d be a much more valuable fantasy addition.

With Christmas just a week away, do you really think I’m going to pass up the chance to write about someone named Santi?! It helps that Santi Aldama has earned his spot here on merit alone. He’s hit two three-pointers in six of his eight games in December, and for the month is averaging 12.0 ppg, 5.6 rpg, 2.1 apg, 0.6 spg, and 0.9 bpg, while shooting 43.3% from deep. You’re not too old to believe in Santi Claus.

Kyle Anderson’s fantasy owners have benefited from teammate Karl-Anthony Towns being sidelined, as ‘Slo Mo’ has seen his production increase exponentially. For December, he’s putting up a very stat-stuffing 10.3 ppg, 5.6 rpg, 5.4 apg, 1.7 spg, and 1.0 bpg. His shooting is pretty rough, especially from three where he’s shooting 12.5% this month (oof), but the rest of the stat categories he can really help you in.