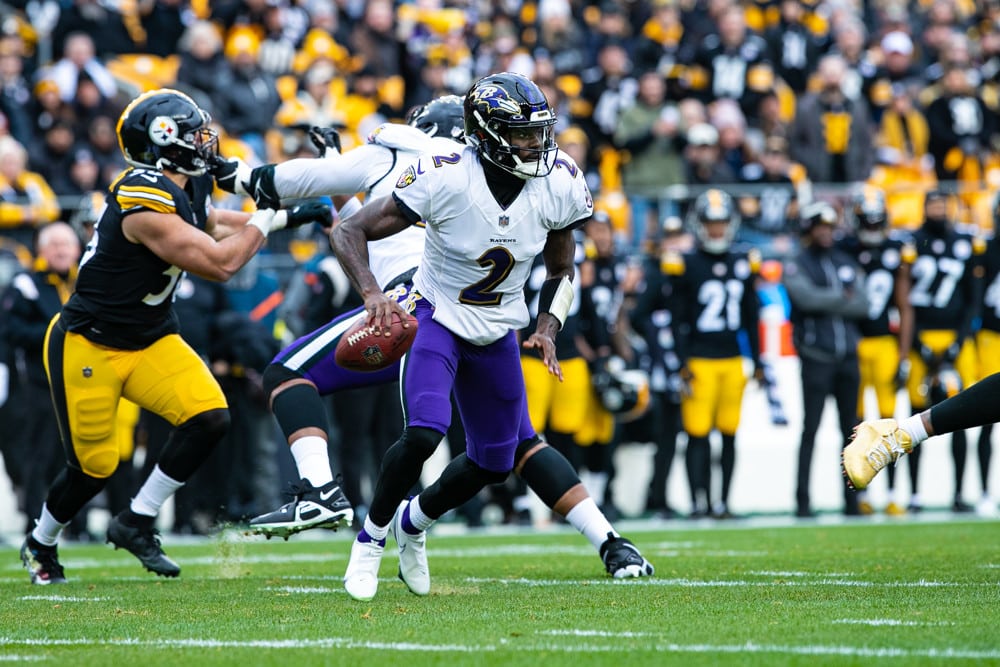 Rudy, Dodgeball, Million Dollar Baby, and The Longest Yard… What do all these movies have in common? They’re all true underdog stories. Everybody loves a good underdog, and it’s no different in the NFL. This season has treated us to its fair share of upset victories and I expect nothing less in week fifteen. Here we go! There are three Moneyline underdogs, an alternate spread, and an underdog rookie prop that I will be betting on. Let’s take a closer look at these underdogs I will be betting on in this NFL Week 15 Moneyline and Odds Props article.

This Saturday we will be treated to an AFC North brawl. The first-place Baltimore Ravens will face the Cleveland Browns. The disrespect for the current first-place team in the AFC North is ASTOUNDING. I know Lamar Jackson is out, but this is a massive get-up spot for the Baltimore Ravens. With the Cincinnati Bengals breathing down their necks and a tightly packed AFC, every win matters these next couple of weeks.

I expect both teams to commit to their run game in this matchup. The Ravens are currently playing with a backup quarterback in Tyler Huntley, and the Cleveland Browns are working their new franchise quarterback Deshaun Watson into their system. Both teams are trying to run the ball, run out the clock, and get out of FirstEnergy Stadium with a win.

This scenario obviously turns us to the defense. Cleveland’s run defense is 31st in DVOA and Baltimore’s run defense is 1st in that same category. In a matchup where both teams will look to run the ball, give me the number-one run defense. I’ll take the Baltimore Ravens to get it done this Saturday in Cleveland.

The Titans are coming off a humiliating loss against their division foe, Jacksonville Jaguars. This is where you bet on the Tennessee Titans. On the flip side, the Chargers are coming off a signature win over the Miami Dolphins. This is where you fade the Los Angeles Chargers. To sum it up, the Titans are floundering, and the Chargers are fighting to keep their playoff hopes alive. Seem strange? Not if you are familiar with these two teams.

As a result, this is going to be one of those gross Titans games we all know and love. They are going to hand it off to Derrick Henry 35 times and keep this game moving. Give me the Titans to pull out an ugly win in Los Angeles.

It’s ugly but hear me out – the Tampa Bay Buccaneers will be looking to bounce back after being blown out by the San Francisco 49ers in Week 14. They are home and they appear to be getting healthier too. I believe one of the key factors to their disappointing loss in Week 14 was injuries in the secondary.

On the defensive side, we saw FS Mike Edwards, CB Sean-Murphy-Bunting, and S Antoine Winfield Jr as participants in Thursday’s practice. If the Buccaneers can get at least two out of these three players back, they will be in a much better spot than they were last week.

Offensively, OT Tristan Wirfs was surprisingly a limited participant in Thursday’s practice. If the Bucs get Wirfs back in some capacity that will be a HUGE upgrade to the Buccaneer’s offensive line. It’s also important to note that the Bengal’s elite pass rusher Trey Hendrickson appears to be out for this matchup.

Hendrickson being out is massive for the Bucs and will put Tom Brady in a much better shot to sling the rock on Cincinnati’s 20th-ranked passing defense. I like the Buccaneers to get their ‘signature win’ of the season in Tampa Bay.

Regardless of whatever shirt Mike McDaniel is wearing, I think the Dolphins will have a hard time in the cold weather on Saturday night in Buffalo. More specifically, I think the Dolphins quarterback Tua Tagovailoa will continue his recent struggles against a top-10-ranked Buffalo defense. In back-to-back losses, the Miami Dolphins were held to less than 20 points, and in Week 14 Tua Tagovailoa completed less than 35% of his passes.

With Tua’s recent struggles and some unforeseen adjustments to their offensive line, I think Buffalo’s defense will be able to get to Tua Tagovaila and take advantage of their recent inconsistencies. The Bills know this is an important spot as well, not only in the division but also in setting the tone for the playoffs.

I like Buffalo’s alternate point spread here at -13.5. You are getting great plus-money odds and I think it’s pretty safe to say we wouldn’t be shocked if Buffalo flipped the switch in this primetime spot.

The key to the Buccaneers’ success this weekend is to start early and score early. I like the Buccaneers to take the ball and go on a lengthy drive that ends in a Rachaad White touchdown. Tom Brady has shown trust in White this season and if the Buccaneers secure the win, it’ll be on the back of the rookie.

Thanks for checking out this NFL Week 15 moneyline and best bets article presented by the Sports Gambling Podcast Network. Check back daily for more SGPN betting content.