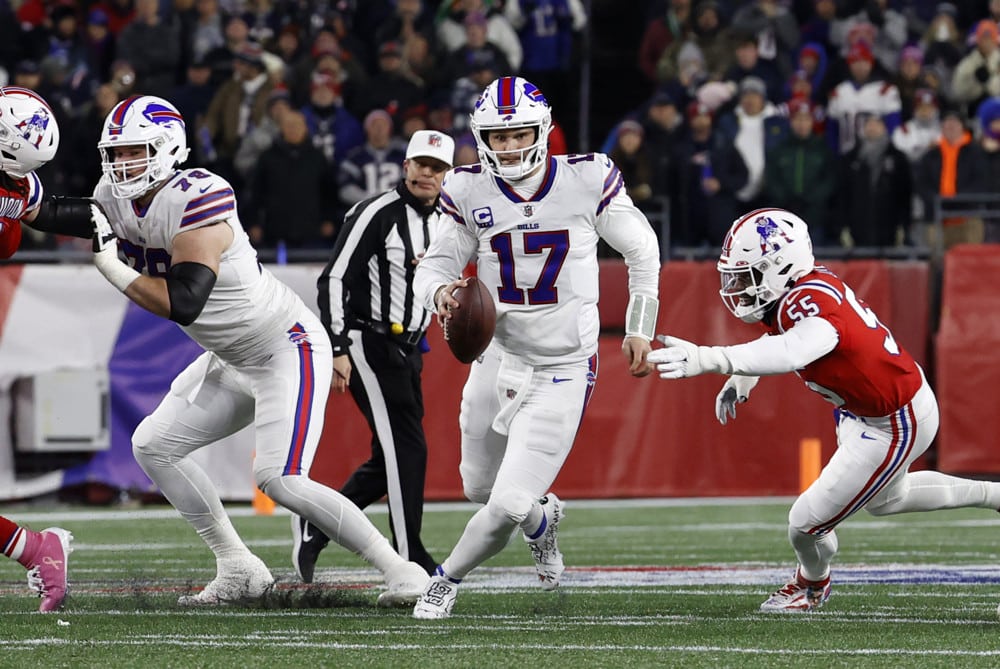 Even though we all hate that the NFL regular season is coming closer to an end, the good thing is we get some Saturday games. As the holidays approach, you can watch football on both Saturday and Sunday.

Three games will take place on Saturday, and two of them are divisional showdowns. Now let’s take a look at the NFL Week 15 Saturday’s Best Bets.

When To Watch: 1:00 PM EST
Where To Watch: NFL Network

The first game up on our NFL Week 15 slate sees the Indianapolis Colts travel to Minnesota to face the Vikings. The Colts have had a strange season all year that led to the firing of Frank Reich and the hiring of former Colts’ Center Jeff Saturday.

And sure, they’ve lost two of the last four, but it still doesn’t quite make sense to me that they’re only four-point home favorites.

The Colts have played feisty, but they’re still the second to the worst team in points per game. Even with Jonathan Taylor, the run game has struggled as much as the Vikings have.

This will come down to who can pass the ball better, and even though the Colts hold the second-best defense in terms of passing yards per game allowed, Vikings’ receiver Justin Jefferson is match-up proof.

The playoff push is on for this Vikings team who wants to clinch the NFC North and get the best playoff seed possible. Playing games at home in Minnesota would be very beneficial, and I think they show just how beneficial with a solid win this weekend.

When To Watch: 4:30 PM EST
Where To Watch: NFL Network

A divisional matchup that is slightly more important for the Ravens than the Browns is the second game among the NFL Week 15 Saturday’s best bets. Even though the Browns aren’t technically eliminated from the playoffs, the Ravens have to keep winning to keep up with Cincinnati.

This week they’ll once again have to do it without Lamar Jackson. However, quarterback Tyler Huntley is back for them. On paper, the Ravens should be able to win this one.

They have a good rushing offense, and the Browns have a bad rushing defense. The Browns’ strength on offense is their run game, and the Ravens’ defense is good at stopping the run.

The Deshaun Watson trade hasn’t gone how the Browns would have wanted, and maybe this is a game he can show up and prove he was worth the draft collateral and the money.

However, coach John Harbaugh will likely have a good game plan schemed up to limit his opportunities. The Ravens have been very good playing in Cleveland, covering the spread 12-3 in the last 15 games. Also, the Browns are 0-10 against the spread when playing an opponent for the second time in the year.

When To Watch: 8:15 PM EST
Where To Watch: NFL Network

The last game on the NFL Saturday’s slate sees the Miami Dolphins travel to a snowy Buffalo stadium to face the Bills. Josh Allen and the Bills hope to keep winning games and take the number one seed in the playoffs. Meanwhile, Tua and the Dolphins look to avoid losing three games in a row.

It’s a tough spot for the Dolphins in a divisional road matchup in the middle of a playoff race. Tua has not played well in the cold, and Buffalo is expected to be 30 degrees while getting lake-affect snow. The Dolphins are 2-8 against the spread in the last ten games in Buffalo.

Meanwhile, Josh Allen has proven that he’s very reliable in December. He played college ball at Wyoming and loves the cold weather and the games. The snow may slow both teams, but in the end, I expect the Bills to pull ahead in this game.

I also don’t think Allen and the Bills have forgotten that the Dolphins beat them in September by two. The Bills are 10-5 against the spread in revenge games. Maybe Tua and the Dolphins show up. However, this feels like a classic Tua in the cold vs. Allen in the cold. And we all know who wins that battle.