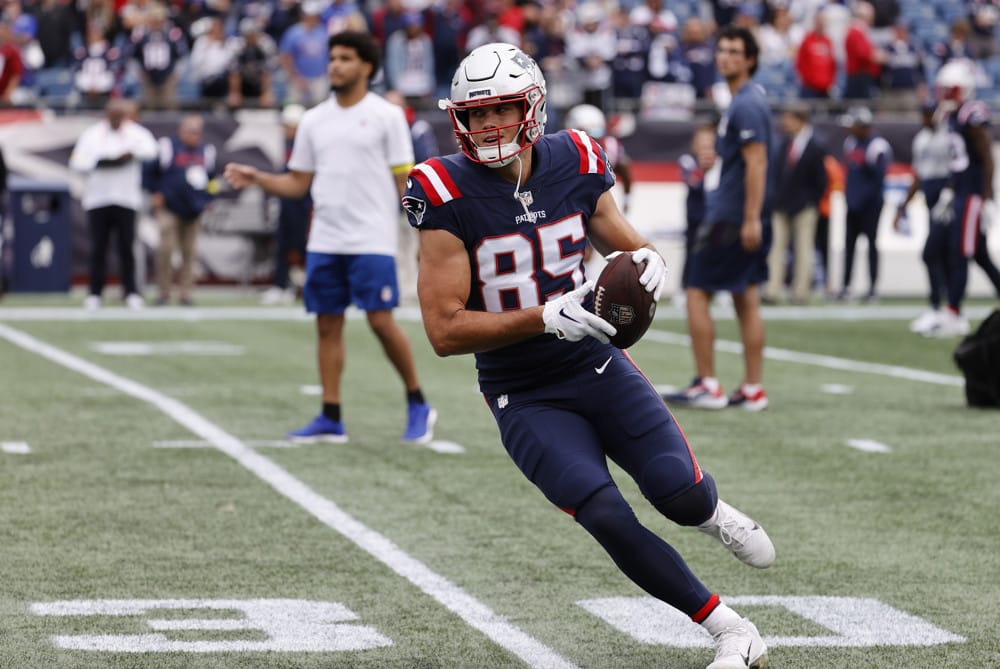 We end the weekend on Week 14 Monday Night Football best bets as the New England Patriots head to the Valley of the Sun to take on the Arizona Cardinals. These teams have not matched up in over two years. Both the Patriots and the Cardinals find themselves in a spot where they desperately need a win.

Think you know who will win MVP? Go here for the latest NFL MVP odds.

Despite neither team having a winning record, they both find themselves on the playoff bubble. Bad teams or not, there is still a ton of opportunity for sharp spots and this is our last NFL game of the week to get in some action.

I’m expecting the Patriots to get back into the win column after dropping two tough matchups to the Buffalo Bills and the Minnesota Vikings to start the month. On the other side, the Cardinals haven’t beaten a team with a winning record this season.

Digging into the numbers, it seems that Kliff Kingsbury might not be ready for prime time. Kingsbury is 3-6 in primetime games as head coach for Arizona. The Cardinals are 2-10 in their last 12 Monday Night games as well. A win for the Patriots keeps them right on the playoff bubble though with one month left in the regular season.

However, with a loss on Monday night, the season is effectively over for the Cardinals. Missing the playoffs in 2022 will put Arizona head coach Kliff Kingsbury right back on the hot seat. Based on some of the sideline interactions we’ve seen this season, Kyler Murray probably wouldn’t be too upset about the prospect of working with a new coaching staff in 2023.

The biggest edge in this matchup is the New England Defensive Line vs the Arizona O-Line. The Patriots lead the NFL in QB hurries with 57. That does not bode well for Kyler Murray. Under duress, Murray only averages 3.2 yards per play. This should lead to a long night for the Cardinals’ offense.

Additionally, the Patriots struggle to stop QBs from running as well. The Patriots gave up over 80 rushing yards to both Lamar Jackson and Justin Feilds. However, Murray has only rushed for 100 yards in a single game this season and that was in a loss against the Seahawks.

On the other side of the ball, the Cardinals don’t fair much better. They are tied atop the NFL for most passing touchdowns given up (24) and they are 3rd in passing yards given up. This will be a good situation for Mac Jones and the New England passing offense. Mac Jones has thrown 7 touchdowns and 7 interceptions but did miss three games due to injury.

Even though Arizona doesn’t have a stellar passing defense expect New England to run the ball effectively and often. The longer the season progresses the more we see Rhamondre Stevenson take over the New England backfield too. That should continue Monday Night. Stevenson has averaged over 5 yards per carry in the past 2 weeks. On the season, the Cardinals are giving up 4.6 yards per carry to opposing running backs as well.

Overall, we are looking at a team that must win to keep their playoff hopes alive against a team that is very close to calling it a wrap on the 2022 season. I’m going with Bill Belichick with his back up against the wall against a 4-8 the Cardinals in Week 14.

The total on Wynnbet for Monday Night Football is 43.5 points. Both of these teams find themselves on the outside of the top 15 scoring offenses this season. I’m not saying this game is going to be boring, but I am saying don’t expect a shootout to wrap up Week 14.

The Cardinals have hit the over six games in a row. When we dig into those numbers, we see that the over has hit due to the Cardinals’ defense more than their offense. In that streak of games hitting the total, their opponents scored over 25 points in five of those games. New England has scored over 30 points only once.

Look for the Patriots to control the clock with the running game. When the Cardinals have the ball, due to the New England pass rush, expect to see the ball on the ground as well. Bellicheck is looking for a win, no matter how ugly or low scoring it might be.

Additionally, Stevenson has 63% of the team’s RB carries inside the 10-yard line on the season. With Damien Harris missing the last game due to an injury, expect Stevenson to get all of the RB work in and out of the red zone.

This is the swing-for-the-fence approach to Monday Night Football props, using WynnBet’s Build Your Own BetTM function.
Mac Jones has thrown for over 190 yards in every game but two, and in one of those games, he threw for a total of 6 times. If Arizona is able to make this a game at all, Mac Jones should be able to cover that number easily.

If you are buying into the fact that the Patriots’ D-Line is going to force the Cardinals to run the ball, it’s likely that Kyler not only has designed runs, but he should also be scrambling more than he would like. Averaging over 6 yards per rush attempt makes it pretty clear to me that he has a good shot to cross 50 yards rushing, just as he has 3 out of his last 5 games.

As you can see, I’m sticking with the plan of attacking the Cardinals’ linebackers’ pass coverage and trying to take advantage of the Hunter Henry play in this game. A $25 bet on this Build Your Own BetTM at Wynnbet pays $300.

Because the Patriots are bringing a heavy pass rush, I expect Kyler Murray to dump down to James Conner often. Conner has great hands, hence the 100% catch rate over five of his last six games. Doesn’t take much for him to cover 20 yards here either.

The Patriots will be without lead wide receiver Jakobi Meyers as well who is out with a concussion. This is one big reason I’m looking for Henry to have such a big game.

With Damien Harris also doubtful with a thigh issue, we can look for Stevenson to be in the action on almost every snap. Stevenson has earned over 45 targets in the last six games and it’s notable that he has over 500 yards receiving on the season. Mac Jones throws to a RB 24% of the time. If Mac Jones puts up a paltry 150 passing yards, in this bet, Henry and Stevenson need to account for less than half of that yardage.

Thanks for checking out another Week 14 Monday Night Football Best Bets article presented by the Sports Gambling Podcast Network. Be sure to check back with SGPN daily for more betting content.