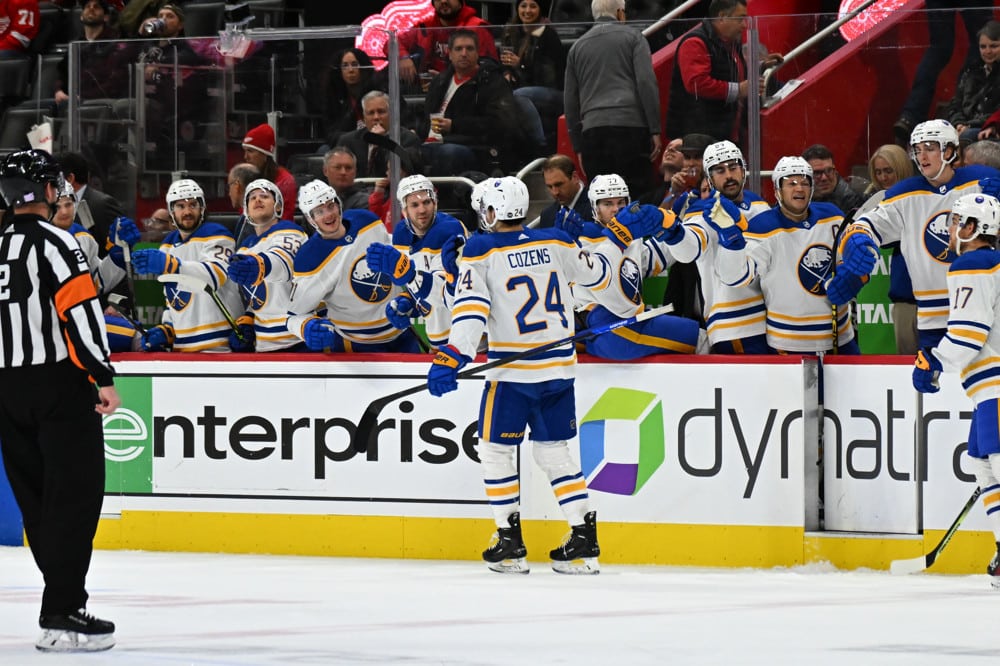 I remain undefeated in the SGPN fantasy hockey league, so obviously I’m a fantasy hockey savant with a perfect roster and no need to use my league’s waiver wire. Or something like that. If you happen to find yourself in need of some help with your lineup, here are ten players you can grab off your fantasy hockey waiver wire and plug and play.

Is this the season that former seventh-overall pick Dylan Cozens lives up to his potential? It appears so, as he’s put 27 points on the board in his first 26 games of the season for the Sabres. The 21-year-old has multiple points in four straight games (11 points total), and points in five straight. He probably isn’t going to keep up that pace, but he seems more than worthy of consideration as an addition to your roster.

A week to remember for Cozens. 🔥

With eight points in three games, Dylan Cozens is on top in the latest edition of the NHL Performers of the Week!

Boone Jenner had a rough start to the season, with only four points in 10 October games. But since the temperature has dropped, he’s heated up, with 15 points in his last 15 games. Playing on Columbus’s top line, flanked by Johnny Gaudreau and Patrik Laine, you’d expect him to be able to keep a nice level of production going. And he’s not shy about putting the puck on the net, leading the Blue Jackets with 84 shots on goal thus far.

Former second-round pick Sean Durzi is having a solid sophomore NHL campaign for the Kings, with 18 points in 25 games to start off the season. He looks poised to obliterate his rookie point total of 27 (in 64 games) with ease as a top-four defender for the Kings (as well as skating with their second power-play unit). He has points in six straight games – eight points total. Not too shabby for a defenseman sitting on the waiver wire.

Brayden McNabb doesn’t put eye-popping scoring stats up on the board, but he can help your fantasy team in plenty of other areas. His +14 is tied for 18th best in the NHL, and his 63 blocked shots are fifth best, after leading the NHL in that category last season. With teammate Alex Pietrangelo out of action, he’s been filling the void admirably.

Karel Vejmelka remains the top goaltender available in more than half of fantasy hockey leagues, but he’s pretty much leading this via default as of late. He’s let in three, three, and four goals over his last three games, but at least he’s #1 on the Coyotes’ goalie depth chart, right?! And his .912 save percentage is 19th best in the league. Always look on the bright side.

John Gibson makes a return appearance on our fantasy hockey waiver wire list, despite his 3.92 goals against and .897 save percentage. But he’s improving, dammit. His November numbers were better than his October ones, and so far in December he’s better than he was in November. And he continues to lead the league in saves with 637.