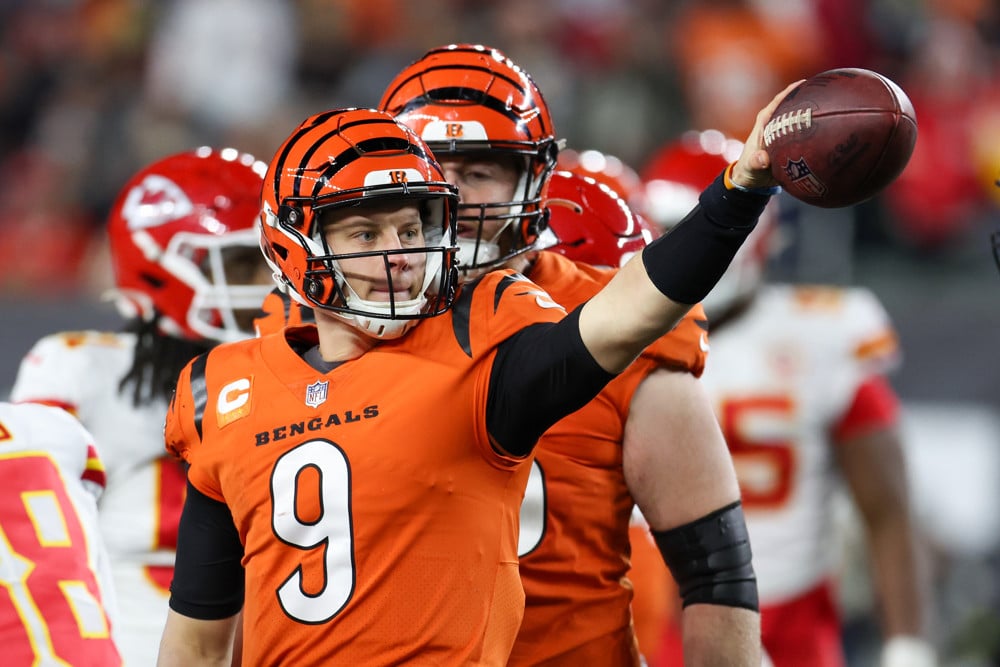 CINCINNATI, OH – DECEMBER 04: Cincinnati Bengals quarterback Joe Burrow (9) reacts after carrying the ball for a first down during the game against the Kansas City Chiefs and the Cincinnati Bengals on December 3, 2022, at the Paycor Stadium in Cincinnati, OH. (Photo by Ian Johnson/Icon Sportswire)

The NFL Gambling Podcast recaps Week 13 in the NFL and looks ahead to favorable look ahead lines for Week 15. Rod Villagomez and Ryan McIntyre dive into the Week 13 results and discuss which teams to back and fade going forward. Are Joe Burrow and the Cincinnati Bengals poised for another postseason run? Who will ultimately end up with the #1 seed in the AFC, the Buffalo Bills or Kansas City Chiefs? Can anyone slow down the Philadelphia Eagles in the NFC? Are the Dallas Cowboys a legitimate contender in the NFC? How will the 49ers look with Brock Purdy under center for Jimmy Garoppolo? Who has the advantage in the rematch between Washington and New York? We discuss it all on the NFL Gambling Podcast!