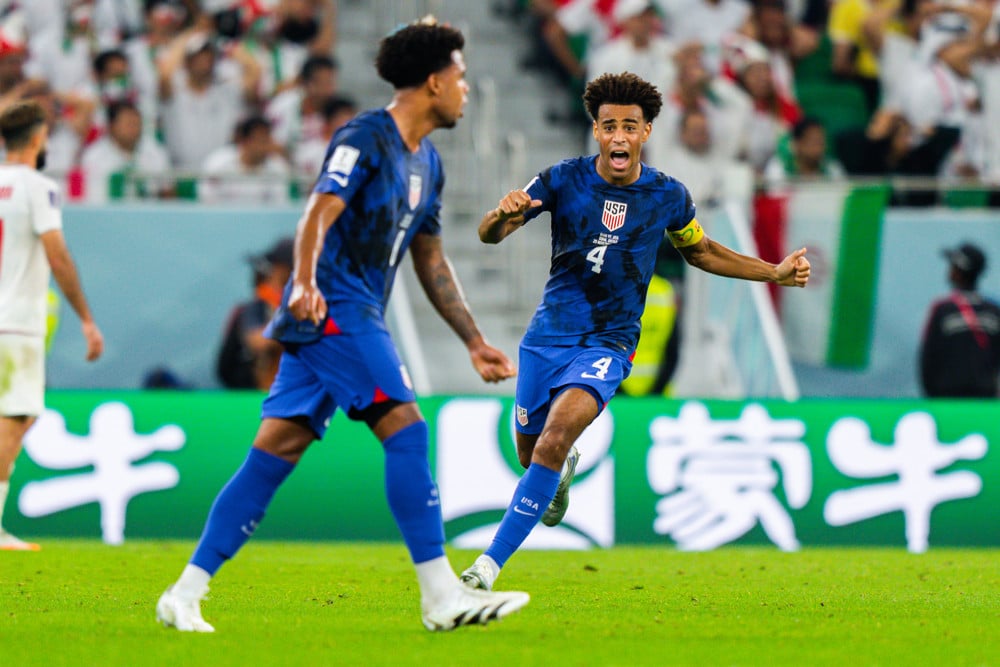 After the conclusion of all 48 group games, we now head into the knockout stage of the 2022 World Cup. This Saturday sees the winner of Group A (Netherlands) face off against second place in group B (USA). Then Argentina will face off against Australia, a side that has made the round of 16 for only the second time in their history. Whatever the outcomes, these first knockout matches promise to be a fantastic appetizer for what is to come in the remainder of the tournament. There will be plenty of betting opportunities as we preview the World Cup Round of 16 Stage.

After topping group A and taking 7 points out of a possible 9, the Netherlands will be in a buoyant mood ahead of their Round of 16 clash with the USA. The Dutch are now undefeated in their last 17 World Cup matches (excluding extra time and penalties) dating back to 2010. Despite lacking the flair that existed within Dutch sides at previous World Cups, Louis Van Gaal’s side has shown their resolve which makes them favourites coming into this encounter.

Like their opponents, the USA comes into Saturday afternoon’s Round of 16 match undefeated. The USA struggled in their opener against Wales but have since hit some form, particularly in the first half of their crucial group game against Iran last time out. After some doubts about the fitness of Christian Pulisic, fans of the US side will be relieved to hear that he has been cleared to play. Trying to preview this game from a betting standpoint is one of the trickier in the World Cup Round of 16.

Although the Netherlands are considered favourites for this encounter, this Dutch side is heavily reliant on Cody Gakpo. The young PSV winger has scored 3 of this side’s 5 goals and is seen as a focal point for their attack. Consequently, a positive result for the Netherlands may be dependent on the performance of their young star. In contrast, USA’s performances have been far more focused on the team as a collective. The likes of Weston McKennie and Antonee  Robinson have epitomised the work ethic within this side. As a result, I am expecting an extremely tight and tense affair with neither side willing to give an inch which could ultimately lead to extra time. Best Bet: USA/DRAW (-120)

Undeterred by the loss in their opening fixture, Argentina won their remaining group games to top their group. The South Americans will now be hoping to be only the second team in history to lose a group game and then win the tournament. Led by the inspirational Lionel Messi, there is plenty of optimism surrounding the chances of Argentina. Although this Argentina side possesses plenty of talent, it will be the mental resolve that will be truly tested during the knockout stages.

Despite lacking the star quality of Argentina, Australia have shown tremendous steel and character to reach the knockout stages ahead of both Tunisia and Denmark. After losing their opener 4-1 to France, many had written off the Socceroos but they showed plenty of commitment to scrape narrow 1-0 wins in their next two games. Consequently, this Australian side will see Saturday night’s encounter as a perfect opportunity to upset the odds and create more World Cup history.

Although many may expect a one-sided encounter because of the odds, I see a very different story. Much like the Saudis in Argentina’s opener, this Australian side possesses a dogged determination like no other. This attitude has seen the underdogs (Australia) score first in each of their last five games, including their fixture against France. Even though they may not win this encounter, you would be foolish to write off the Australians. As a result, I am backing Australia to score against Argentina, even if the goal does not impact the outcome of the game. Best Bet: Australia over 0.5 goals (+150)