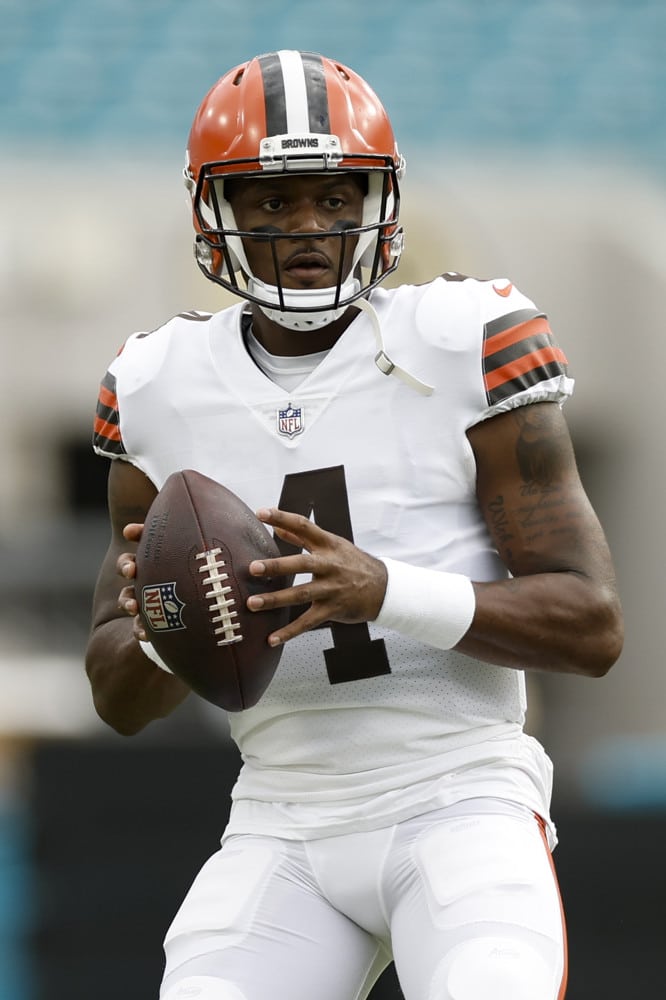 Watson is very uptight about his return to Houston

C.J. Sullivan recaps his weekend and why winning sometime means losing.  OBJ got kicked off an airplane because flight attendants have a God complex.  He detonates 5 new Bottom Line Bombs for the Circa Million IV contest on Indy/Dal, Was/NYG, KC/Cinncy, Cle/Hou,  and Jax/Det.  Jerry Jones is the Forrest Gump of racists, Woke from Statefarm, and Deshaun Watson’s honorary captain accusers are all referenced in this weeks picks with bits!  Plus a Man in the Box segment about Spotify year end lists and Phil Spector’s killer catalogue.   BLB’s are for tobacco use only!