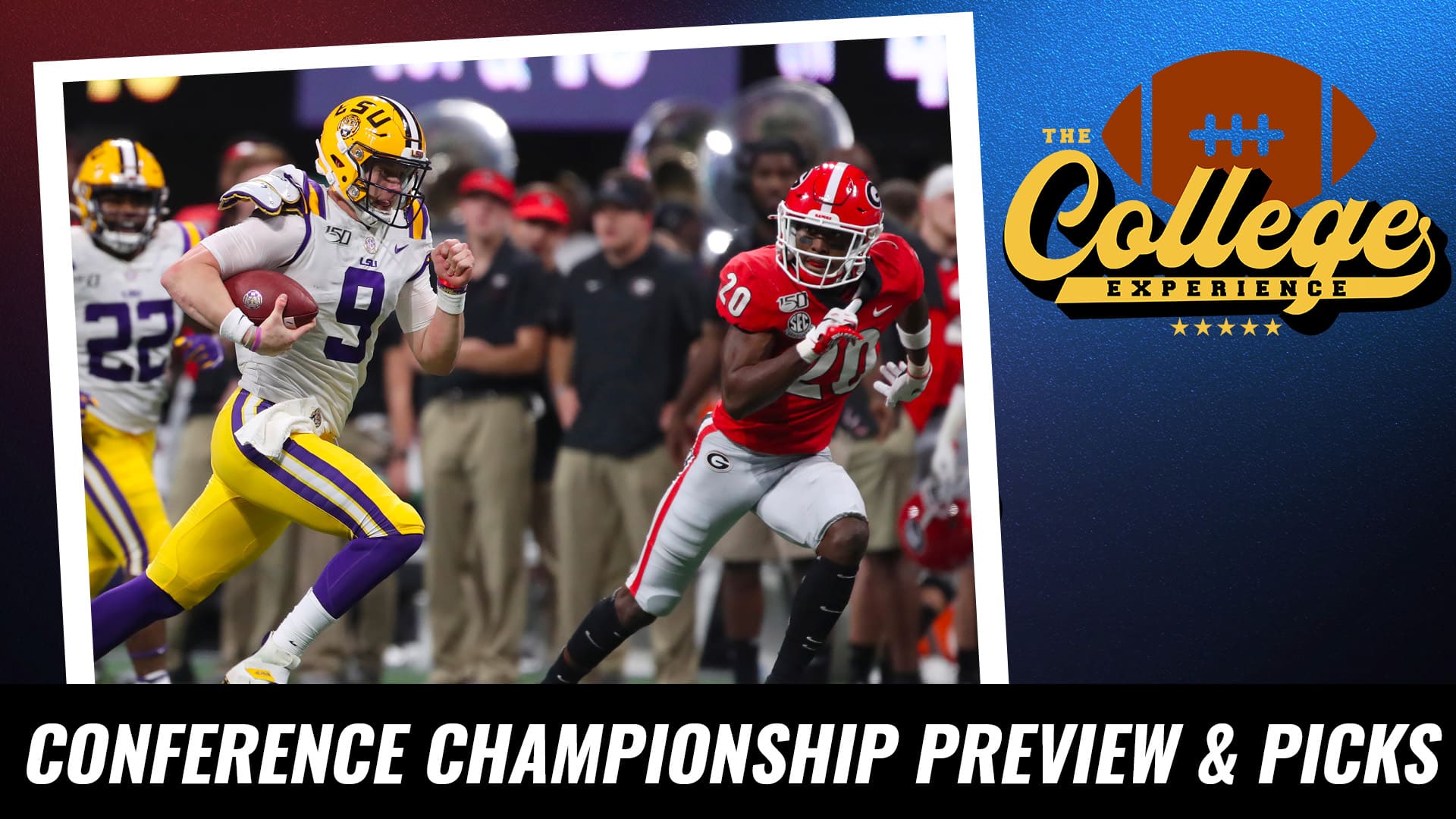 The College Football Experience (@TCEonSGPN) on the Sports Gambling Podcast Network previews the upcoming Conference Championship & FCS Playoffs of college football. Pick Dundee aka (@TheColbyD), Patty C (@PattyC831) & NC Nick (@NC__NicK) break down all of the recent college football coach hirings and key in on each and every college football game being played this week.

Will Lincoln Riley and the USC Trojans lock up a college football invitational berth with a win over the Utah Utes in Las Vegas? Will Deion Sanders be the next head coach of the Colorado Buffaloes? Will Joe Moorhead and the Akron Zips hit their win total over in a MACtion Friday make up game? Will Frank Harris and the UTSA Roadrunners make it two wins this year over Seth Littrell and the North Texas Mean Green?

Will the Toledo Rockets win the MAC Championship? Can the Holy Cross Crusaders stay undefeated as they take on the New Hampshire Wildcats? Will Jerry Kill and New Mexico State get their 6th win of the 2022 college football season against Valparaiso in Las Cruces? Are the Kansas State Wildcats and Will Howard going to deal the TCU Horned Frogs some revenge in Jerry’s World?

Will Jamey Chadwell and Coastal Carolina be a live dog in the Sun Belt Championship against the Troy Trojans? Will the Delaware Blue Hens and Nolan Henderson cover the large number at South Dakota State? Are the Georgia Bulldogs going to cover the big number against Brian Kelly and the LSU Tigers? Will the Cincinnati Bearcats hire Brian Hartline as their next head coach?

Will Boise State get revenge from 2018 and take down Jeff Tedford and the Fresno State Bulldogs in Boise, Idaho? Can Mack Brown and the North Carolina Tar Heels win the ACC Championship? Will Jeff Brohm and the Purdue Boilermakers be a live dog against Jim Harbaugh and the Michigan Wolverines? Can Sacramento State stay undefeated as they host the Richmond Spiders?

Will Jackson State win the SWAC Championship? Will Shepherd win the D2 National Championship? Will UCF be able to beat the Tulane Green Wave twice in one month? Could Weber State take down Montana State in Bozeman, Montana this week? Will Lindsay Scott and Incarnate Word put up a big number against Furman? Will Gardner Webb be too much for Mike London and William & Mary? Will the Samford Bulldogs stay red hot against SE Louisiana? Will the Montana Grizzlies give North Dakota State a game in Fargo? We talk it all and more on this episode of The College Football Experience.