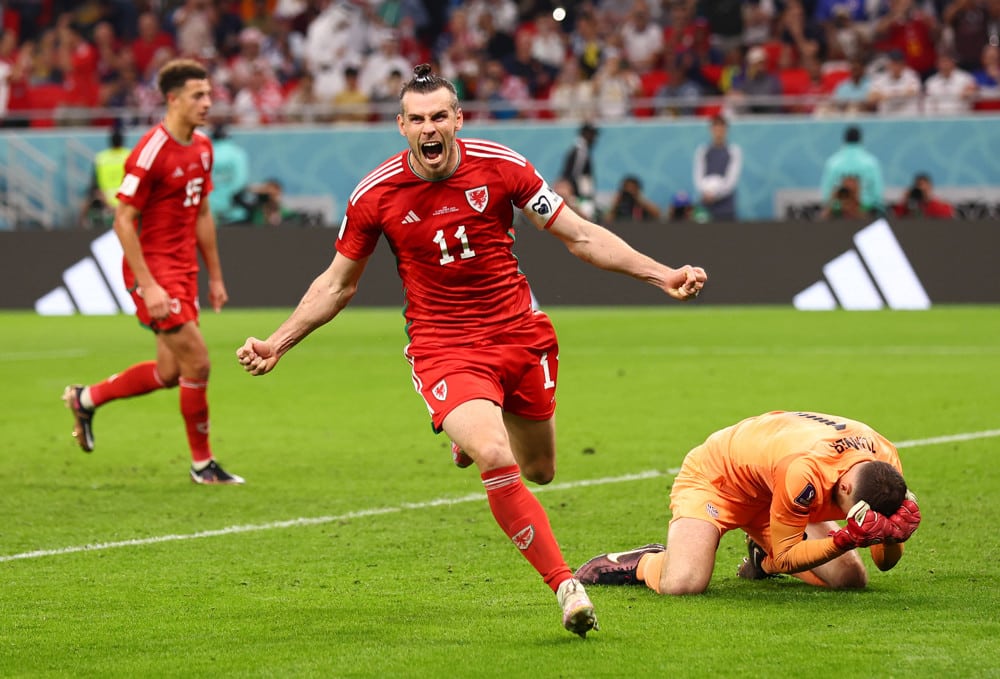 As the world continues to process some of the shocking results in Qatar, let’s take a look at the lineup for Matchday 6. The action on Black Friday will feature all eight teams from Group A and Group B. Starting the day is Wales versus Iran in a match both teams will feel they need all three points. Next, the play will shift to a Group A matchup with host nation Qatar against Senegal, each looking for their first result of the tournament. Then it is a mid-morning matchup between Netherlands and Ecuador, both teams with 3 points in their respective bags. Lastly, Matchday 6 will round out with a highly anticipated showdown between high-octane England and the youthful USA. So let’s take a closer look at what might unfold in each of these World Cup matches on November 25, Black Friday.

For starters, there are three valuable points at stake here in this Group B matchup. In their first game, Wales needed to convert from the penalty spot late in the second half to secure a draw against the USA. Meanwhile, Iran was never really in their contest against England and fell 6-2. Both teams will probably approach this game a bit more conservatively as neither will want to make that first costly mistake. That being said, a nil-nil draw really doesn’t suit either team and Iran will really need a result to build off of. For that reason, I give the attacking edge to the Iranians as Wales offered very little going forward against a young USA squad. Play: Iran Tie No Bet (+180)

After a late penalty is called, Iran adds on another goal in the 103rd minute 🇮🇷 pic.twitter.com/hcgBFqvsKP

The second stanza of Matchday 6 will see another two teams looking for their first result in the Qatar World Cup. In the opening match of the tournament, Qatar went down two goals inside the first half hour and never recovered against Ecuador. Meanwhile, Senegal put up a real fight against the Netherlands for about 80 minutes but conceded two late goals and lost 2-0. Without Sadio Mane in the lineup, the struggle will continue to be real for Senegal to score goals. Luckily they square off against a Qatar team that managed a mere 5 shots against Ecuador, zero of which were on target. If Senegal doesn’t nab all three points, it will be a disappointing result for their nation and will probably spell their exit from the tournament. Play: Senegal ML (-160)

Your mid-morning World Cup snack features the two winners from Group A in the Netherlands and Ecuador. The Dutch secured three points after netting two beautiful goals against Senegal. Ecuador nabbed three points by scoring two goals of their own against the hosts, Qatar. These two teams have met a couple of times in past international friendlies, with the advantage leaning toward the Netherlands (1 win, 1 draw). The Netherlands will bank on the defending prowess of center back Virgil van Dijk. Conversely, Ecuador will rely on their attacking specialist Enner Valencia to put the ball into the back of the net. While a draw isn’t the worst result for either team here, this meeting feels like it should be producing a winner. Advantage Netherlands. Play: Netherlands 01.5 Team Total Goals (+100)

What a finish by Cody Gakpo 🇳🇱 pic.twitter.com/QjFJRc5PY3

As previously noted, the nightcap in Qatar features a massive Group B showdown between England and USA. In their first game, England cruised to victory over Iran, netting six goals in the process. Meanwhile, the Americans might feel their 1-1 draw against Wales felt more like a loss after they conceded a late penalty. Now, the entire nation of England awaits the status of Harry Kane’s right ankle. For the USA, questions surround manager Greg Berhalter’s decision to leave dynamic talent, Gio Reyna, on the bench against Wales. If they are going to find their way out of Group B, the USA needs at least a point. But with a fit Harry Kane and the USA defending like they did against Wales, this game could get ugly. Unfortunately, that is exactly what I see happening here in this match. Play: O2.5 Game Total (-115)

THE @USMNT TAKES THE LEAD 🇺🇸🇺🇸🇺🇸