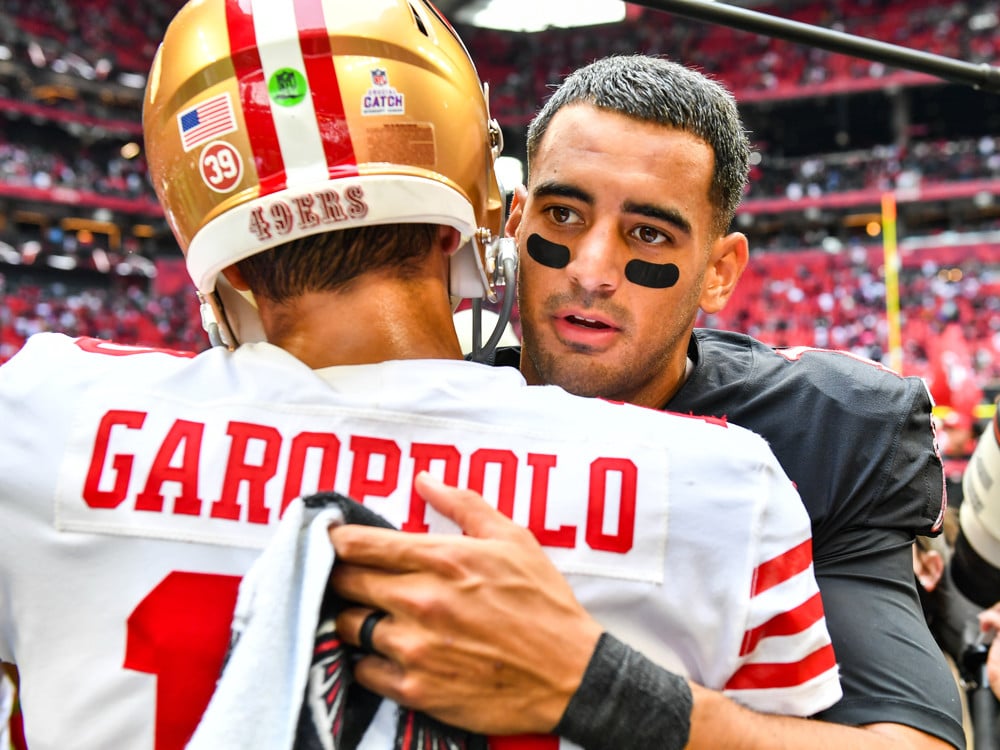 From the Dynasty Trade Addicts, Russ and Rocky join the show to talk dynasty QB rankings. We will compare our rankings with each other as well as with the new ADP. See whose value is on the rise and who is losing value. Trade deadlines are around the corner, so we have to talk about dynasty trade targets.

Quarterbacks do not have as much value in 1 quarterback league, but in your Superflex leagues, they can bring home the trophy. They also will cost more, so you will want to make the best decision possible. Do not forget to check out the SGPN consensus dynasty rankings.