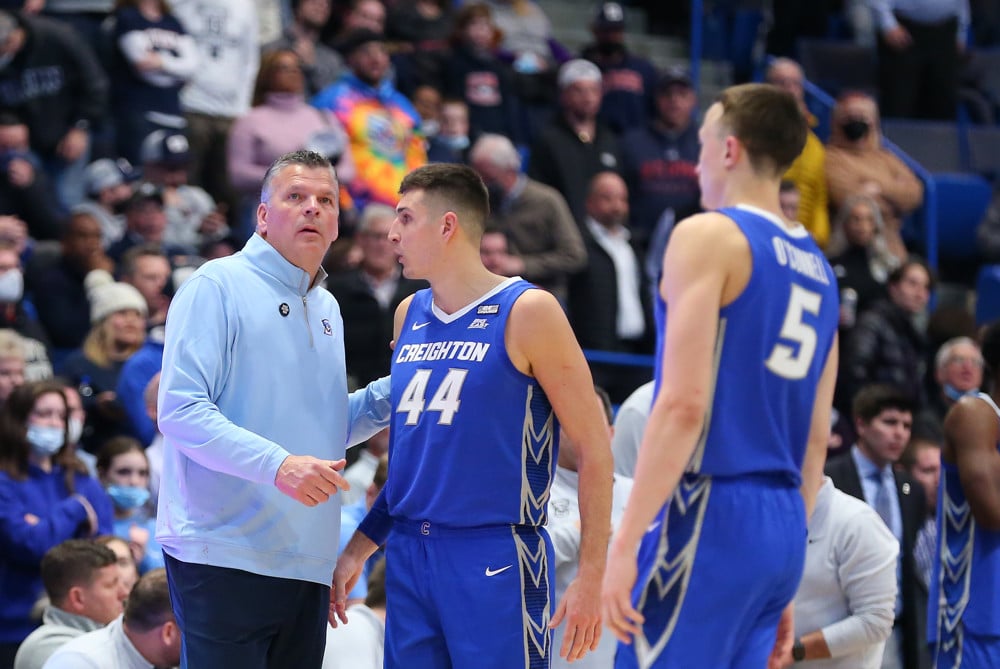 The College Basketball Experience (@TCEonSGPN) on the Sports Gambling Podcast Network previews the upcoming Monday, November 21st slate of College Basketball action. Pick Dundee aka (@TheColbyD) & Ryan McIntyre (@Moneyline_Mac) break down every game from the previous night and key in on each and every game occurring on the 21st.

How will the Creighton Blue Jays and Texas Tech Red Raiders matchup with one another in the opener of the Maui Invitational? Who has the advantage in Hawaii between the Ohio State Buckeyes and San Diego State Aztecs? Can the Arizona Wildcats get off to a fast start in the Maui finale over the Cincinnati Bearcats? Will the Louisville Cardinals continue to struggle against the Arkansas Razorbacks? How will Shaka Smart and the Golden Eagles from Marquette matchup with the Bulldogs of Mississippi State led by Chris Jans? Will the Utah Utes get by the Georgia Tech Yellow Jackets?

Can the Richmond Spiders solve the Syracuse Orange zone defense led by Jim Boeheim? Can the Temple Owls knock off another power 5 opponent in the St. John’s Red Storm? Will Jerome Tang and the Kansas State Wildcats stay unbeaten against the Rhode Island Rams? Are the Texas State Bobcats a live dog in Cal Berkeley against the Golden Bears and Mark Fox? Will the Cal Baptist Lancers knock off another power 5 team in the Minnesota Golden Gophers? Can the Florida State Seminoles finally get in the win column? We talk it all and more on this episode of The College Basketball Experience.