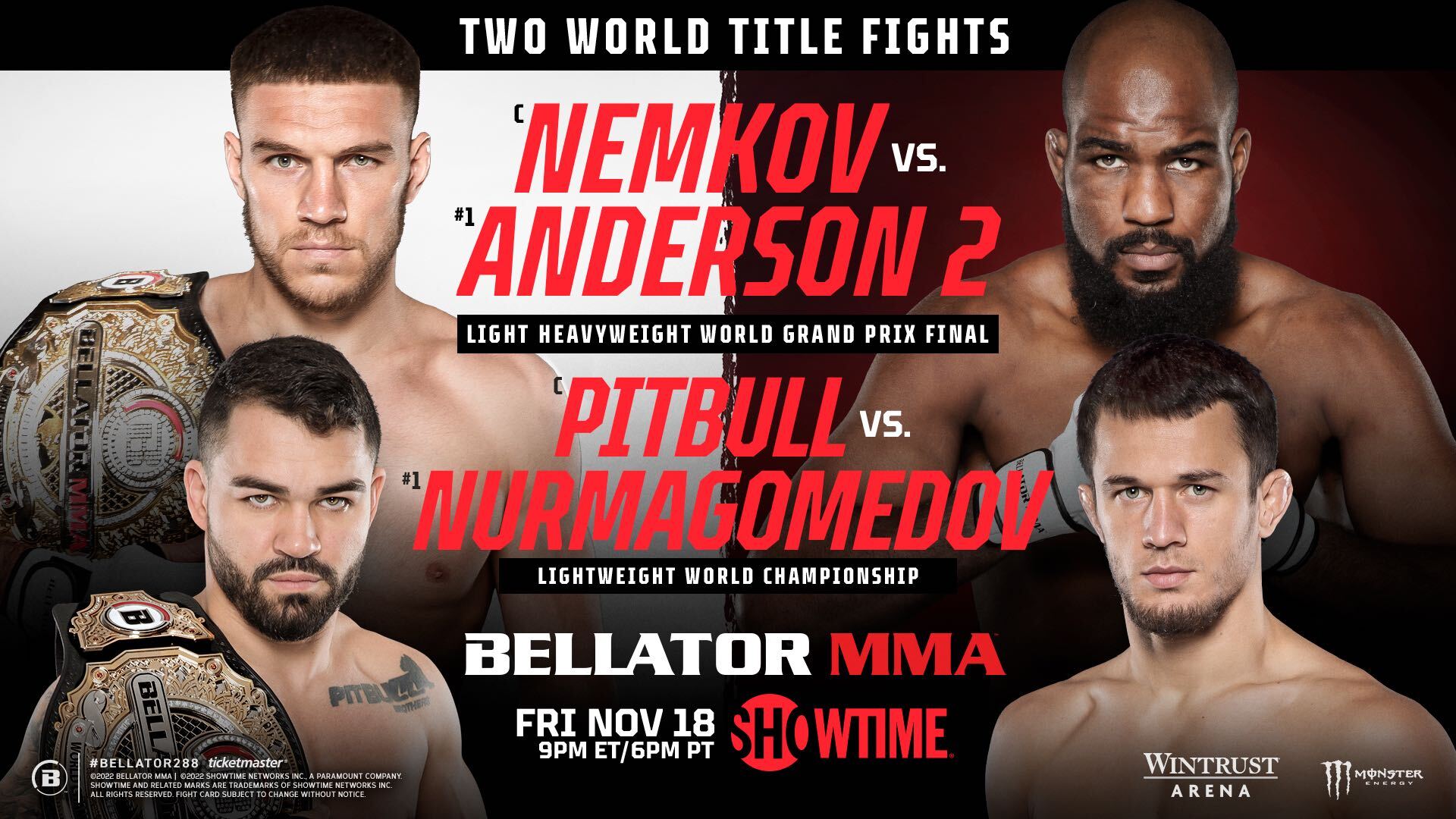 Bellator 288 hits the Windy City this Friday, November 18th, with two title fights on the line, headlined by a light heavyweight bout between the champ Vadim Nemkov taking on Corey Anderson. In the co-main event for the lightweight title, we have the champ Patricky Freire taking on Usman Nurmagomedov. Here are my favorite plays and predictions for this weekend at Bellator 288.

We have a rematch in the main event, and the first time these two fought I was in on Vadim Nemkov. It obviously ended in a No Contest, but Corey Anderson was definitely winning the fight up until that point. Anderson was taking Nemkov down and really applying the ground and pound, which ultimately led to the clash of heads. Anderson has the blueprint all laid out on how to defeat Nemkov. I think we are going to see a pretty similar fight where Anderson is able to take down Nemkov and really get to those ground-and-pound strikes. I believe that Anderson eventually gets the TKO on the ground or even on the feet. I like Anderson big in this fight, give me Corey Anderson to win via KO/TKO (+175).

In 15 pro-MMA bouts, undefeated Usman Nurmagomedov only went to decision twice. 10 of his finishes were in the 1st round. ⚡️

For all other MMA-related things like the crew’s picks, articles, and podcasts please check out the Sports Gambling Podcast Network website and click the MMA tab. Good luck this weekend and let us know if you’ll be riding or fading the crew’s plays for Bellator 288 on Twitter @SGPNMMA.