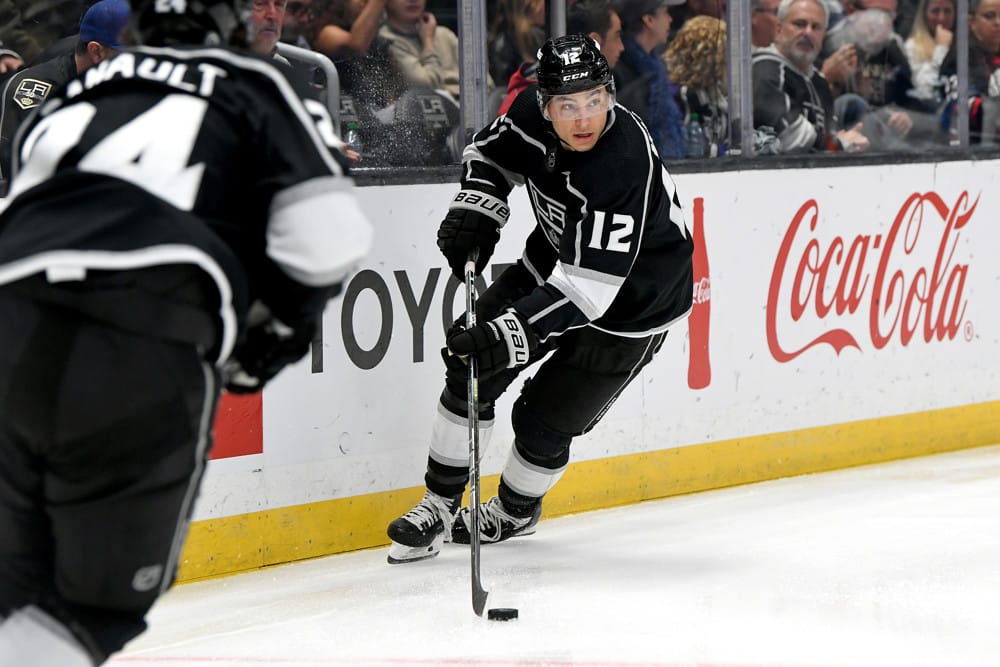 The NHL season is starting to get into the meat of the schedule as we hit mid-November. Teams are starting to show some true colors early on. As always, we’re back again with the teams to stream and best pickups in fantasy hockey for this week!

Week 6 follows that schedule to a tee. There are double-digit games on Tuesday, Thursday, and Saturday, with four games or fewer the rest of the week. That makes the light nights this week Monday (4), Wednesday (3), Friday (1), and Sunday (2).

Patrick Kane (97%) and Seth Jones (69%), who is on the IR, are the only two Blackhawks rostered in more than 21% of Yahoo! leagues. Chicago has slim pickings, but we’ll give you a few options for a busy week.

The Blackhawks captain is somehow still under-rostered a bit. Sure, Toews probably isn’t going to keep up this pace all season, but he’s been off to a great start.

With only four games on Monday and three on Wednesday, adding Toews for the early part of the week isn’t a bad idea.

Chicago is Domi’s fifth team in his eight years in the NHL. He’s getting a great chance to produce with the Blackhawks as he centers the top line with Kane and Philipp Kurashev.

The Kings are a team with some fantasy-relevant players throughout the one. They have six players rostered in 70% of leagues or more, but also have a few worth looking at in the 10% to 25% range.

Danault centers the Kings’ second line and is known more for his defensive prowess, but the two-way center has 12 points (5 G, 7 A) in 17 games this season. He is coming off a career-high in goals (27) and points (51), so there’s reason to think this pace could continue.

Danault started out slow but he’s picked it up over the last 10 or so games. He has 10 points in his last 11 games, including five points in his last four contests. He plays in all situations on the second power-play unit and penalty kill as well.

The Kings play Monday and Wednesday, as well as in the only game on Friday night, so Danault and his teammates are worth extra consideration this week.

Moore plays alongside Danault on the second line, PP, and PK, and is also undervalued so far this season. He put up a career-high 48 points in his first full season last year and is on his way to that with 11 points through 17 games this season.

The second-line winger has been consistent this season, not going more than two games without a point. He also shoots the puck a lot with 53 shots in his 17 games.

Durzi plays on the second pair as well as the second power-play unit. He got back on the scoresheet on Saturday night with two goals after going six games without a point.

He won’t always put up points, but he’s been consistent with 28 shots, 20 hits, and 25 blocks this season on the second pair.

Right there with Durzi is Roy. The fellow second-pair blueliner has seven points, 31 shots, 22 hits, and 33 blocks this season. Give him a look given the Kings’ schedule this week.

Petersen should get the start against either Vancouver or Seattle during the back-to-back this weekend. He’s 4-2-0 this season but hasn’t been too great overall with a 4.06 GAA and .867 SV%. Nevertheless, he’ll be a good option for a win this weekend.

The Blues have seven players rostered in more than 50% of leagues, which seems high given their poor start to the season.

O’Reilly has felt the wear and tear as he’s gotten older, but he should be rostered in more leagues. He’s coming off a 58-point season (21 G, 37 A) with the Blues.

This year, the Blues captain is off to a rough start — just like his team. He has just four points (three goals) in 13 games. However, three of those points came in the last two games.

O’Reilly was likely drafted in more than 37% of leagues and this could be a good buy-low opportunity on the center.

Barbashev has some versatility at both center and wing. He’s another player that has just a handful of points this season — five, to be exact — but four of them came in his last six games. The depth forward is worth a look this week.

We’re scraping the bottom of the barrel here. Parayko has just two assists on the year, but he’s a solid source for at least a hit and/or block a game with 23 shots, 20 hits, and 23 blocks through 13 contests.