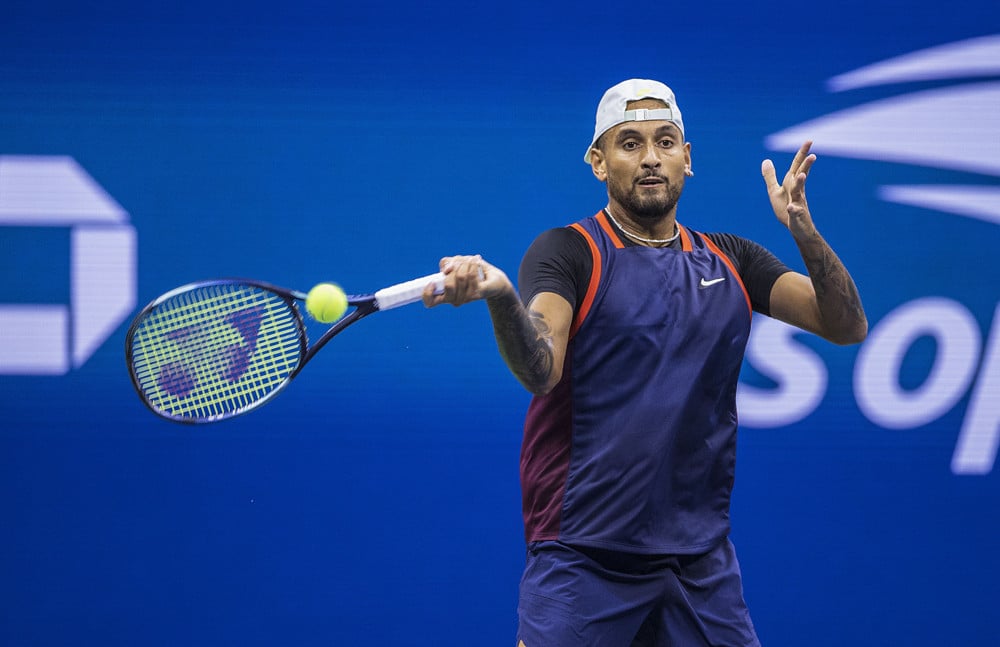 Attempting to predict anything where Nick Kyrgios is concerned can be a rather thankless task, with the mercurial Aussie often playing by his own rules. He very much dances to his own tune and refuses to be placed into any of the brackets that a sporting establishment would prefer him to occupy.

He has been, and probably forever will be an enigma, but belief in his own ability has started to hit home in 2022. The man that could always be relied upon to justify the entrance fee with his antics and theatrics is now putting bums on seats due to pure ability.

Nick Kyrgios has a spring in his step#Wimbledon | #CentreCourt100 pic.twitter.com/gcgG4K23MU

Yes, the red mist can still descend occasionally, rackets can be smashed and balls fired into space, but said episodes no longer outweigh those in which scorching serves are lashed down and heavy forehands are sent skimming onto baselines.
With focus narrowed to the point that distractions are no longer game-changing, Kyrgios now stands as a 10/1 shot in tennis betting odds relating to the 2023 Australian Open and will expect to start any major over the course of the next 12 months at a similar price if not shorter.

Having broken his Grand Slam final duck on the lush grass of Wimbledon in 2022, a taste of the high life is being enjoyed. When such occasions felt out of reach, it was easy to down tools and break out the amateur dramatics.
Professionalism has now taken over, with one of the most watchable personalities in the professional sport coming to the realisation that he can achieve anything if he puts his mind to it. With that message beginning to register, the expectation is that there will be more fireworks to come.

Those should come on the court, rather than off it, and will be focused more on points than petulance. To boast all of the tricks in the book and not put them to the best possible use would be scandalous on the part of a performer who has always wanted to mix substance with style.

He is, of course, still a ‘nearly man’ for now. Defeat to Novak Djokovic in SW19 means that the wait for a truly career-defining achievement goes on. Ticking that box may, however, have become a case of when not if.

Kyrgios is more than capable of mixing it with the best in the business and could see a personal cause aided at the turn of a new year by the absence of serious rivals to a prestigious prize in Melbourne. Nobody is going to roll over for him, but there would be no better place than home soil in which to put down a serious marker.

Hard surfaces may not be his favourite, with the pace provided by turf allowing his skill set to dazzle at its precocious best, but all of the tools are there. There is no telling what kind of mindset Krygios will be in by the time he takes centre stage again Down Under, but to write him off but be foolish in the extreme.