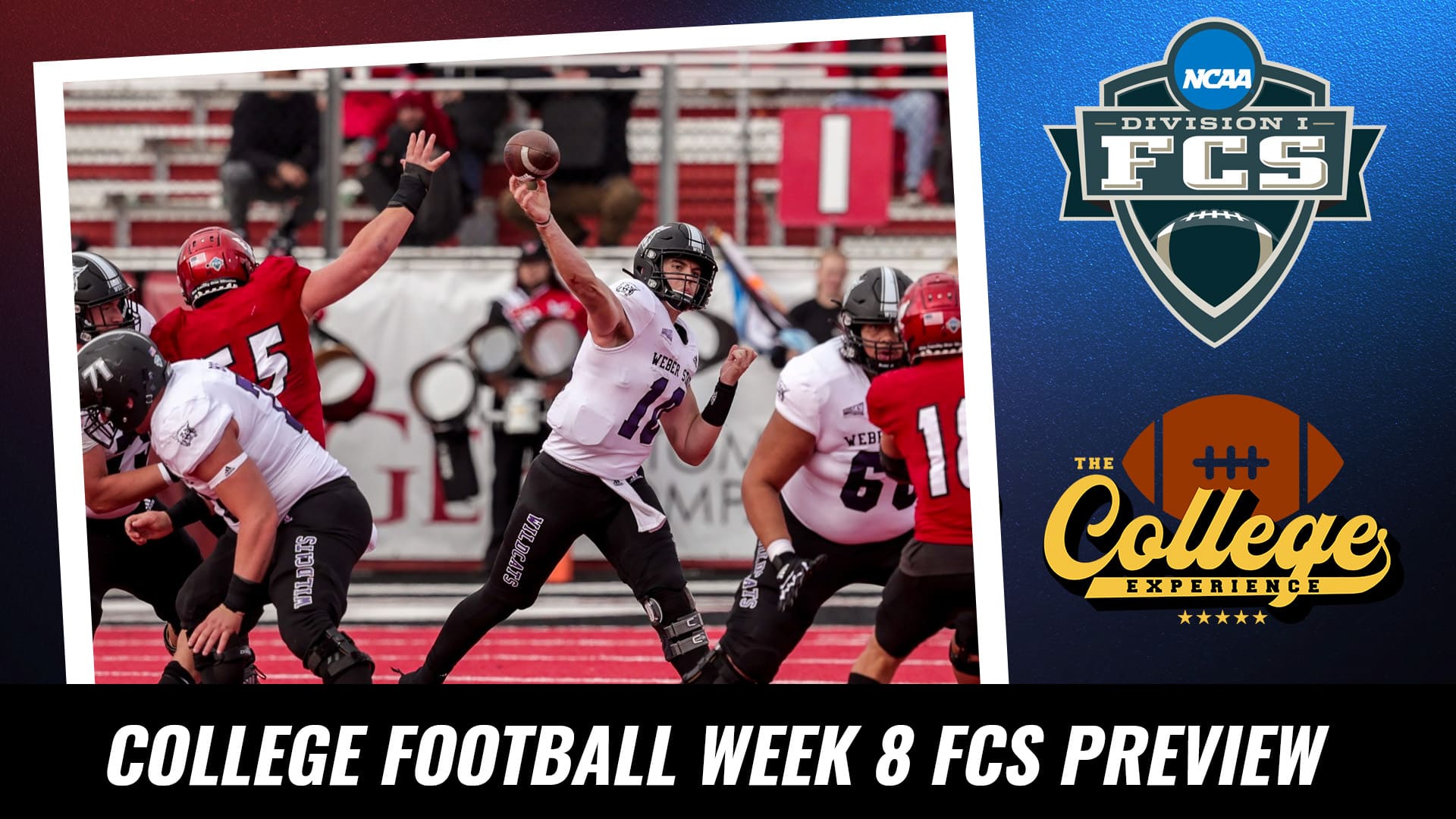 The College Football Experience (@TCEonSGPN) on the Sports Gambling Podcast Network previews the upcoming Week 8 slate of FCS College Football games. Pick Dundee aka (@TheColbyD) breaks down most all of the Week 8 FCS action and gives out his favorite plays of the day. Will Charlie Dean and the Harvard Crimson take down Blake Stenstrom and the Princeton Tigers?

Can Derek Green and the Long Island Sharks grab their first win of the season on Friday night against Nick Kargman and the Wagner Seahawks? Can Dresser Winn and the UT Martin Skyhawks cover the big number on the road against Hendon Hooker and the Tennessee Volunteers? Will Kasim Hill and the Rhode Island Rams avoid the road CAA loss against Tony Muskett and the Monmouth Hawks?

Will Malik Grant and the Sacred Heart Pioneers grab a key NEC conference win against Jack Zergiotis and the Merrimack Warriors? Can Ashur Carraha and the Stonewall Skyhawks bounce back from a tough loss and take down Makai Jackson and the St Francis Red Flash? Are the Elon Phoenix and Matthew McKay going to bounce back and take down Max Brosmer and the New Hampshire Wildcats?

Is Nolan Grooms and the Yale Bulldogs a live dog on the road against Aidan Sayin and the Penn Quakers? Will Fred Payton and the Mercer Bears win a critical game against Preston Hutchinson and the Chattanooga Mocs? Will Davius Richard and the North Carolina Central Eagles take down Corey Fields and the South Carolina State Bulldogs?

Can Rich Rodriguez and Jacksonville State move to 7-1 on the season after a tough matchup with SE Louisiana? Will Bronson Barron and the Weber State Wildcats take down Tony Mellott and the Montana State Bobcats on the road in Bozeman, Montana? Are the Jackson State Tigers and Dallas Daniels on the verge of grabbing another key win against Hajj-Malik Williams and the Campbell Camels?

Will Michael Hiers and the Samford Bulldogs continue to roll as they take on Tyler Riddell and the East Tennessee State Buccaneers? Will Mark Gonowski and the South Dakota State Jackrabbits avoid the let down spot against Bo Belquist and the North Dakota Fighting Hawks? Can Lucas Johnson and the Montana Grizzlies hit the road and take down Cameron Skattebo and the Sacramento State Hornets? We talk it all and more on this Week 8 FCS edition of The College Football Experience.