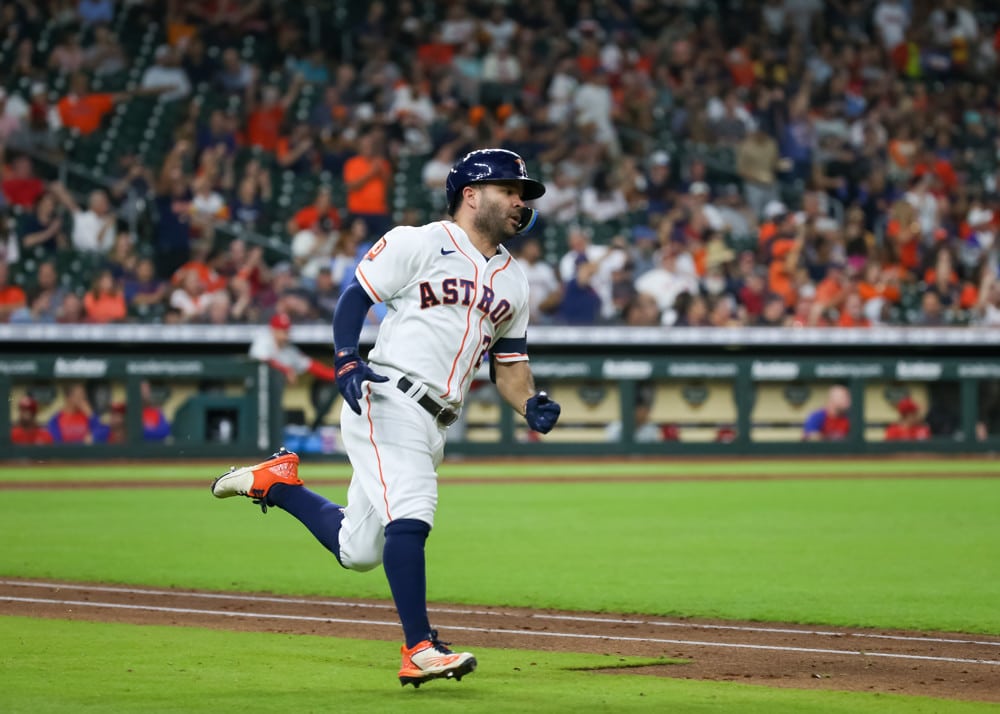 HOUSTON, TX – OCTOBER 04: Houston Astros second baseman Jose Altuve (27) hits a double in the bottom of the fifth inning during the MLB game between the Philadelphia Phillies and Houston Astros on October 4, 2022 at Minute Maid Park in Houston, Texas. (Photo by Leslie Plaza Johnson/Icon Sportswire)

The MLB Gambling Podcast is here for the ALDS! Malcolm Bamford, Noah Bieniek, Dylan Rockford, and Munaf Manji discuss the two series between the Cleveland Guardians and the New York Yankees, as well as Seattle Mariners and the Houston Astros. First, the guys recap the Guardians and Mariners series wins in the Wild Card round. Next, the guys discuss the season series for both series and give their season predictions. Further, the guys give their Game 1 picks for both divisional round series! Before placing your picks tune into this episode to find out where the guys are putting their money!