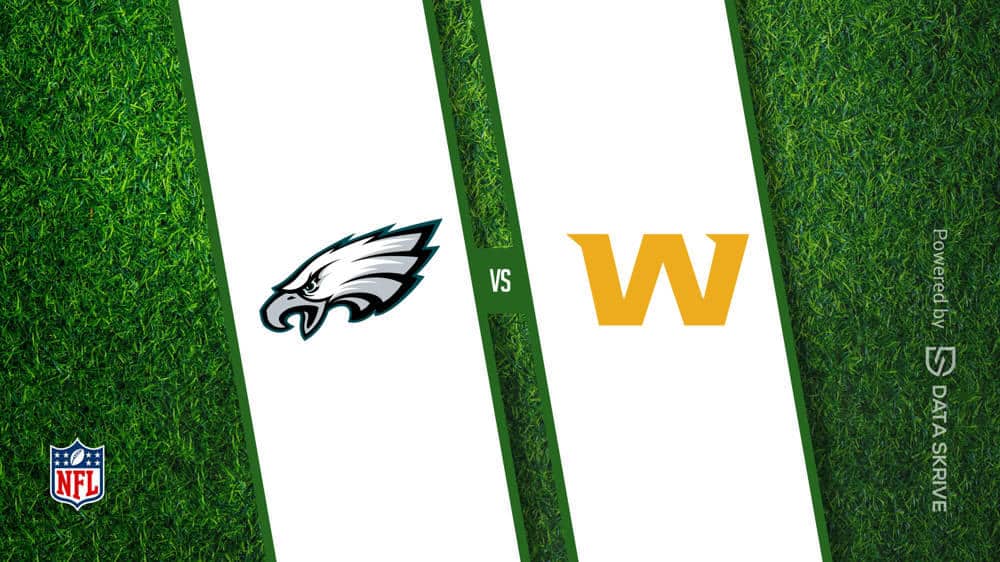 The Philadelphia Eagles (2-0) visit the Washington Commanders (1-1) on Sunday, September 25, 2022 in matchup between NFC East rivals at FedExField. Washington is a 6.5-point underdog. The over/under is set at 47.5.

Where To Watch Eagles vs. Commanders