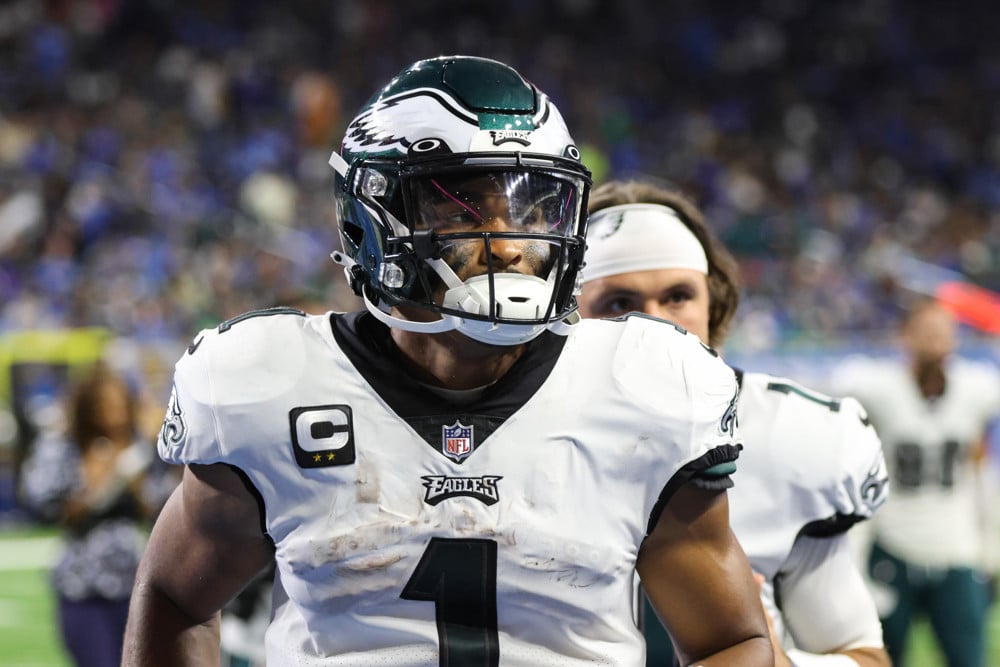 DETROIT, MI – SEPTEMBER 11: Philadelphia Eagles quarterback Jalen Hurts (1) jogs off of the field at the end of the first half during a regular season NFL football game between the Philadelphia Eagles and the Detroit Lions on September 11, 2022 at Ford Field in Detroit, Michigan. (Photo by Scott W. Grau/Icon Sportswire)

The NFL Gambling Podcast drops its daily episode for the doubleheader on Monday Night Football. Munaf Manji and Dylan Rockford get into their betting picks for the games. First, the guys discuss the Titans heading to Buffalo to take on the Bills. Do the Titans have a chance to cover the spread? What are the keys for the Titans? Additionally, the guys discuss the NFC battle between two prolific offenses between the Minnesota Vikings and the Philadelphia Eagles. Munaf and Dylan discuss each side, total, and give plenty of player props for the doubleheader! As usual, the guys give best bets!