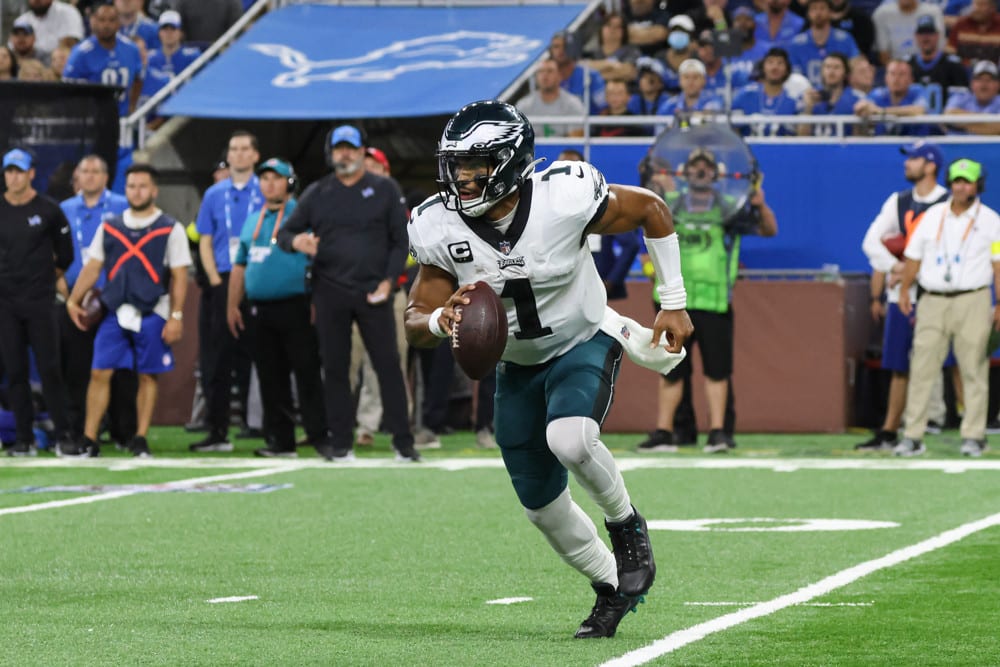 DETROIT, MI – SEPTEMBER 11: Philadelphia Eagles quarterback Jalen Hurts (1) scrambles with the ball during the first quarter of a regular season NFL football game between the Philadelphia Eagles and the Detroit Lions on September 11, 2022 at Ford Field in Detroit, Michigan. (Photo by Scott W. Grau/Icon Sportswire)

The guys (@DiehardEagles52) recap the Philadelphia Eagles’ 38-35 win over the Detroit Lions and then give out their predictions for Week 2 against the Minnesota Vikings. A.J. Brown goes off! Plus if you had to do Jalen Hurts contract tomorrow, what would you do? Is Gannon on the hot seat? Kirk Cousins in PRIME TIME!