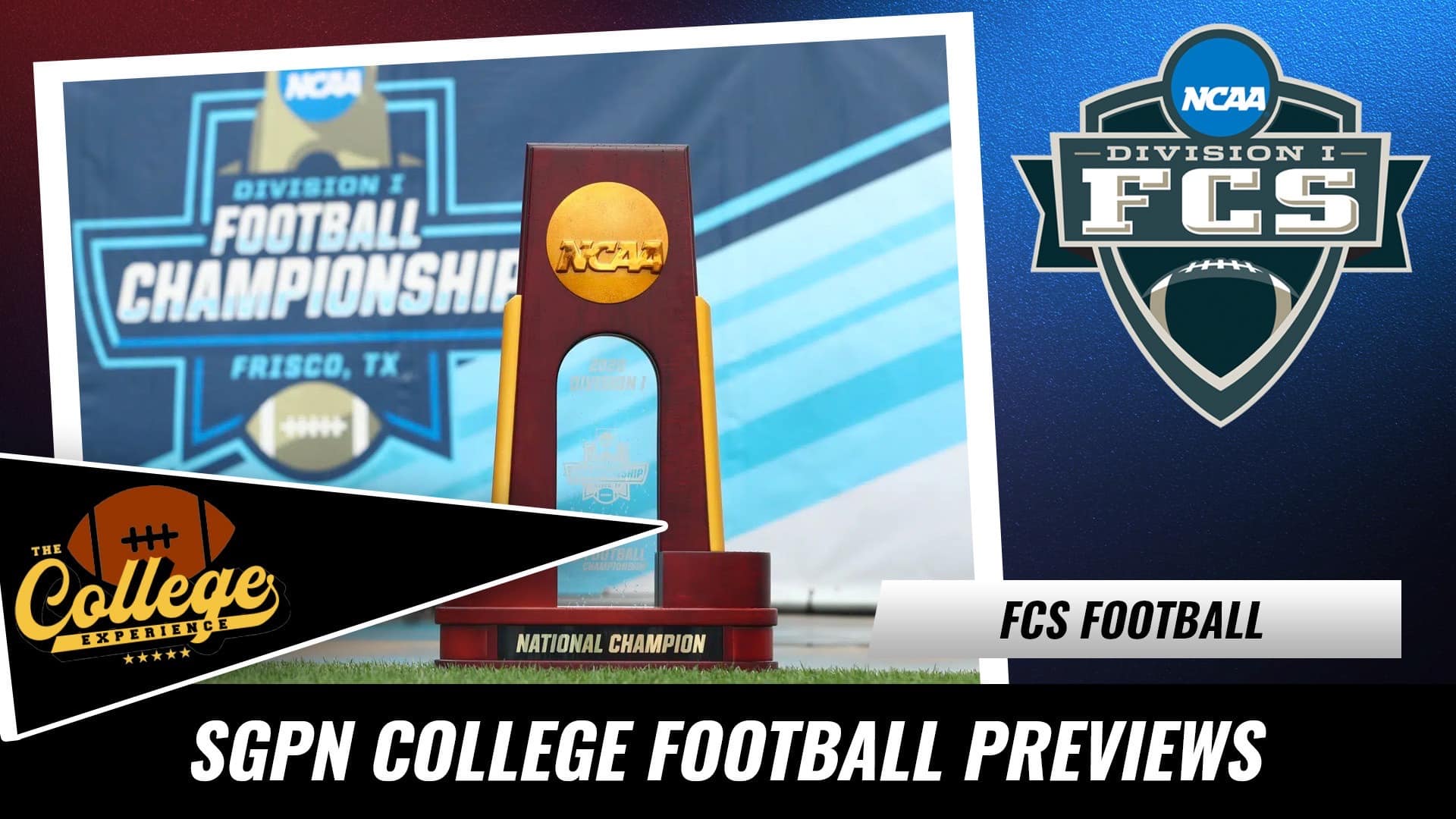 The College Football Experience (@TCEonSGPN) on the Sports Gambling Podcast Network previews the upcoming 2022 FCS college football season. Pick Dundee aka (@TheColbyD) runs through the conference races for each and every conference in the FCS College Football world. Will Cam Miller and the North Dakota State Bisons win another National Championship in 2022?

Can Mark Gronowski and the South Dakota State Jackrabbits win the Missouri Valley Conference? Will Deion Sanders and Jackson State be must watch tv for the entire world of college football? Will Travis Hunter be the best player in the FCS? Is Bobby Petrino and Jason Shelley ready to get Missouri State deep into the FCS Playoffs? Is Dante Hendrix a name to watch at Indiana State?

Will Rich Rodriguez make Jacksonville State instantly better? Is Kennesaw State and the triple option a lock to win the ASUN/WAC? Will Bobby Hauck and the Montana Grizzlies win the Big Sky? Could the Montana State Bobcats establish itself as the next major FCS college football blue blood? Will Ed McCaffrey have Northern Colorado playing good ball?

Who will step up and win the CAA now that James Madison is in the FBS? Will Nolan Henderson have the Delaware Blue Hens winning the CAA? Can Tony Muskett and Monmouth have a great first season in the CAA? Will Yale be the sleeper team in the Ivy League? Is Mike Minter building a FCS powerhouse with the Campbell Camels?

Is South Carolina State a lock to win the MEAC? Will Duquesne and Sacred Heart battle it out for the top spot of the NEC yet again? Are the UT Martin Skyhawks a team to watch to make a deep playoff run? Is Holy Cross and Matt Sluka a lock to win the Patriot League? Can St. Thomas continue to shine in the FCS and win the Pioneer League?

Will Mercer, East Tennessee State and Chattanooga all suffer tough So Con losses to the middle of the pack? Will SE Louisiana be able to replace Cole Kelley? How will Bubba McDowell and Prairie View A&M have success in year one? Can Hugh Jackson win at Grambling instantly? How will Eddie Robinson Jr. do in his first season at Alabama State? We talk it all and more on this FCS Season Preview of The College Football Experience.