What to Expect From Patriots After Humbling Playoff Defeat 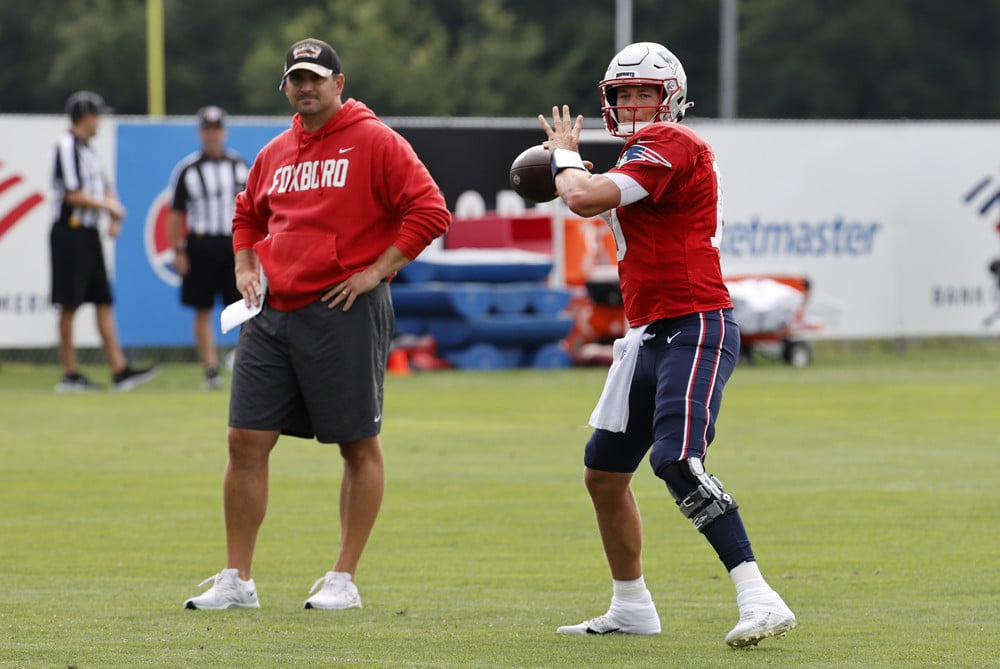 The New England Patriots were once the standard of the NFL, but their form over the last three seasons has left them trailing their rivals in the league and the AFC Conference.

With Tom Brady and Bill Belichick in place in the quarterback and head coaching positions, the Patriots won the Super Bowl six times over 18 seasons, including a run of three crowns in five terms between 2014 and 2018. New England reached the AFC Championship Game for eight-straight seasons, highlighting their dominance of the conference. However, since the 2019 campaign and Brady’s subsequent departure to the Tampa Bay Buccaneers, Belichick and his team have slipped down the hierarchy.

The Patriots endured a heavy defeat in their last outing at the hands of the Buffalo Bills in the 2021 post-seasons in the Wildcard Round, but have not retooled their defense and offense a great deal in the off-season. The pressure is on Belichick to prove that he can win without Brady, although he does not have the confidence of the leading sportsbooks as highlighted by OddsChecker, averaging odds of +2200 to win the AFC Conference in the 2022 campaign.

Therefore, it will take something special for New England to return to their former greatness, although Mac Jones’ development could be a game-changer. Jones was selected in the first round of the 2021 Draft and produced encouraging performances in his rookie season to earn selection to the Pro Bowl. He drove the Patriots to a solid 10-7 record, and even though they were dismantled by the Bills in the Wildcard Round, there was more than enough to suggest that Belichick had found his replacement for the GOAT. However, the off-season has not been kind to the Patriots, losing long-time offensive coordinator Josh McDaniels and a host of staffers to the Las Vegas Raiders.

As a result, Jones has been left with Matt Patricia and Joe Judge in his second year, and although both are former head coaches in the league, they very little experience coaching offense. It has been made all the trickier by the implementation of a new system, which has not gone to plan in training camp. New England need their offense to be firing on all cylinders to compete in the AFC Conference which is stacked with talent.

Do the Patriots have the talent? 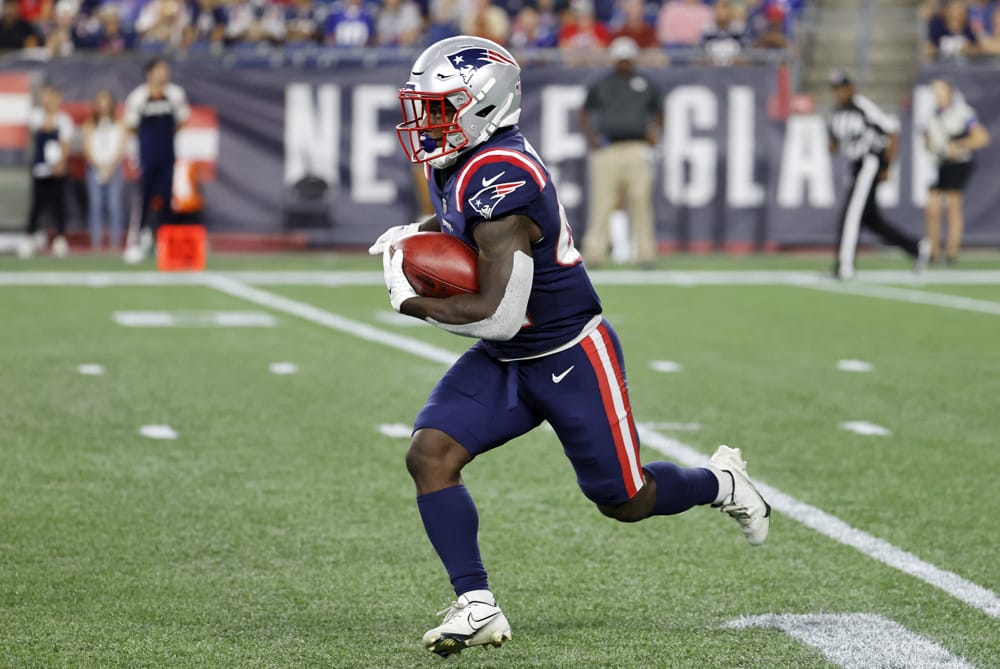 Josh Allen dominated the Patriots defense in the Bills’ win in the Wildcard Round, racking up touchdowns with ease without having to punt on the night. Patrick Mahomes and the Kansas City Chiefs are going nowhere, while the Baltimore Ravens, Tennessee Titans, Denver Broncos, Los Angeles Chargers and the current AFC champion Cincinnati Bengals are also looking incredibly dangerous on offense. To keep pace in the conference and to reach the Super Bowl, New England need to improve.

One of their issues is a lack of true outstanding talent. Gone are the days of Rob Gronkowski, Julian Edelman, Wes Welker and Randy Moss. There is no true number one wideout in the ranks, while tight end Hunter Henry is a good player, but not one to strike fear into the hearts of opposing teams. New England do have quality in the backfield with Damien Harris and Rhamondre Stevenson, but you’re not going to be able to beat the top outfits in the league by running the ball on a consistent basis, you just don’t score enough points.

The answers are going to have to come from Jones. In the early days of his Patriots career, Brady did not have household names to throw to, but he managed to get the best out of David Patten, Troy Brown, Deion Branch and David Givens to score enough points to edge them ahead of their opponents more often than not. Jones will have to perform the same feat, although the game has moved on significantly from that period. Belichick may have adjust in the future to ensure that his quarterback has sufficient talent to compete, otherwise the Patriots are going to be on the outside looking in in the race for the Super Bowl.