IndyCar Gran Prix of Madison How to Watch and Best Bets 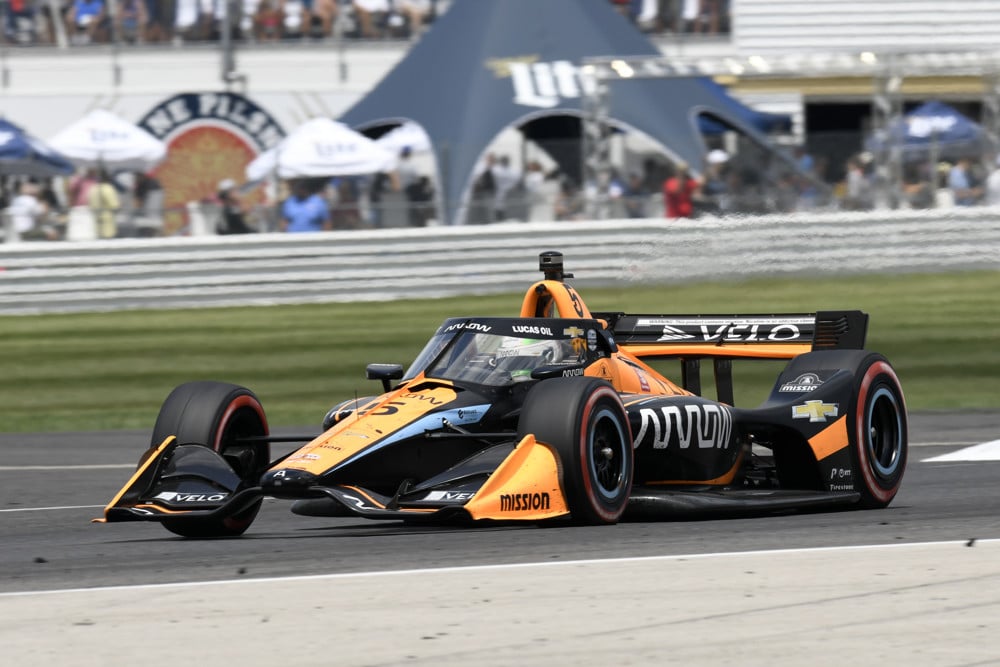 This week the NTT IndyCar series heads to the “Gateway to the West.” St. Louis, (Ok, technically Madison, Illinois) is the home of World Wide Technology Raceway, the 1.25-mile oval that opened in 1967. It’s the final oval race of the season for the series as they’ll have the Grand Prix of Portland and the Grand Prix of Monterey to finish up the year. Will Power holds just a 6-point lead over Scott Dixon, then only another 6-points back to Marcus Ericsson. Josef Newgarden in 4th is just 22-points away from Power.

Only three races remain in the 2022 IndyCar season! Two weeks ago at the Nashville Street Circuit, was an eventful race! A wreck with just five laps to go as Josef Newgarden gets into Romain Grosjean causing a red flag in the action. A late charge by Scott McLaughlin comes up short and Scott Dixon (10-1 odds) holds on to win the Music City Grand Prix!

Iowa Speedway is going to be the closest and most recent track to look at and compare to this race. In back-to-back races there on both Saturday and Sunday, O’Ward finished second Saturday. He also won the race Sunday. O’Ward also finished second in the Indianapolis 500, one of the few other oval race tracks on the schedule. Getting him at plus odds seems like a steal.

In a challenging doubleheader weekend, NASCAR veteran @JimmieJohnson flexed his championship skills during a career-best weekend in Iowa.

Catch up on the latest with the @carvanaracing team on Episode 7 of Reinventing the Wheel, out now: https://t.co/LHTFuKhQUZ pic.twitter.com/PFpkacMRC7

The seven-time NASCAR Cup Series champion hasn’t had a great season in his first full-time season in IndyCar. However, ovals have been a bright spot for the No.48 Chip Ganassi Racing team. Johnson was 11th in the first Iowa race, then scored a 5th-place finish in the second one. He had a pretty good run going at Indianapolis before a late wreck, and back at Texas Motor Speedway in March, scored the 6th place finish. At +450 it’s a bit of a long shot, but well worth it at these odds.

There is great value in this bet at 7/1 odds. Dixon was the top finishing Honda in both races at Iowa with
5th and 4th place finishes respectively. He was the car to beat at the Indianapolis 500 before a pit penalty. Then at Texas back in March, a 5th place was good enough for the second-best Honda on the day. Dixon is second in the points coming in and needs a good day at World Wide Technology Raceway. The six-time champ is cool under pressure and should show well here.

It’s hard not to pick Josef Newgarden in this race, he’s been one of the best on ovals. If not for a wreck in the Sunday event, he would have most likely won both races at Iowa Speedway and won at Texas earlier in the season. That’s why his odds are so low (+220) and just too low for me to take this weekend. I keep coming back to Pato O’Ward. I made the case above, he hung with Newgarden in both Iowa Speedway races. And took the win after Newgarden’s Sunday wreck. Give me Pato this weekend!

This is just disrespectful. The six-time champ, currently second in the points standings and coming off the win last race at Nashville is 20/1. I will take that all day, and maybe twice this Sunday. He was 5th and 4th respectively at Iowa speedway means he can put himself in the conversation. With six titles and 52 wins under his belt. He’s already paid off for us a few times this year, if O’Ward can’t get it done, maybe Dixon can.