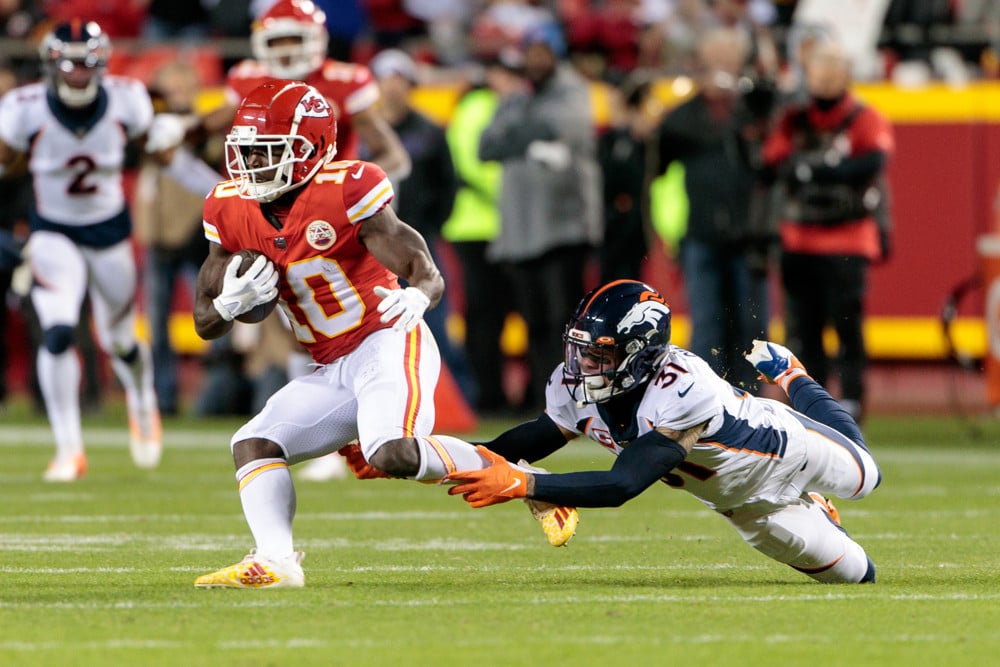 Wide Receiver regression in fantasy football is a commonly discussed topic. Die-hards are constantly chasing it to identify who they buy and who they sell. Whether talking about Austin Ekeler and his 20 combined touchdowns or Najee Harris and his 94 targets.

Everyone is, and rightfully should be, looking for ways to use this concept to their advantage. Michael Pittman was a prime example of someone you could have taken advantage of after a rookie season that only produced one single touchdown.

Only that example is of the positive type. He had everything go his way in the offseason with no addition to the WR room and another Parris Campbell injury. He had to regress to the mean, which he did with six touchdowns and a WR18 finish in .5 points per reception (PPR).

Now you are thinking, “ok smart guy, what are the indications for regression candidates?” Let me make a case with some of the examples. I want to do this differently, though. I’m going to make my argument then, and only then will I tell you the answer.

The only hint I’m going to give here is something that will be obvious once we start talking stats. I’ll be focusing on the WR position, and who knows, maybe another article on a Running Back and regression identification will follow this one.

Some major statistics are available for everyone for free if you know where to look and what to look for. Here is a list of the ones I use to identify WR regression candidates:

Vacated Targets – Multiple places, but I personally like the 4for4 guys and their article written by John Daigle.

Now that we got that list out of the way let’s talk specifics. The player I am referring to, let’s call him “Player A,” has the following metrics and rankings in 2021:

QB Passing Yards verse IAY – 1.09 (2nd most among starting QB); this metric is telling us how much the QB relied on underneath passes vs. over the top.

Now I would never recommend just looking at statistics and taking them for what they are. Do some more digging, I did, and here is what I found out. There was a huge disparity between Target Air Yards and Yards Above Expectation from Weeks 1-8 versus Weeks 9-18. Both shifted from the top three in the NFL to 33rd in Target Air Yards and 19th in Yards Above Expectation in the second half of the season.

So what does this tell us?

We can see that this individual performed as a top-tier WR in the first half of the season. There is also a clear indication that he slightly regressed in metrics in the second half of the season with identical QB play. We also see that the TD efficiency was well above the league average of 4.94%. I would never suggest that a player of this caliber would not consistently outperform the average, but by that much, I’m just not counting on it.

Even if we leave him above the league average, say 7%, he would drop only 3-4 spots in the final rankings. That is not a ton but still seems reasonable as a regression candidate.

Now you must put things into context. I would think about things like injuries to the team and returning players, which both do not apply to this player or team. With all things considered, this player regressed massively in the second half of the season with very similar offensive strategy and play.

At this point, it’s pretty easy to see that this guy is a top-tier WR in the league. I am not concerned with the value of the player long-term, but overall performance is likely to regress slightly to the mean, and I would likely fade at his ADP in redraft formats. I say all of these things to lead us to the last and final thing to consider when evaluating regression candidates (specifically for dynasty leagues), the market.

Value-based regression is just the term I use to determine if a player is likely to return on their current ADP or market value. So how do you figure this out? To answer this question, I would recommend using a couple of items. One is the player’s current ADP, and the other is some sort of trade finder that is available.

This could be a paid service or free; totally up to you as to what your preference is. Here are some I found via the DynastyNerds Trade Browser (which requires a paid subscription).

Player A + 2 3rd round rookie picks for Diontae Johnson, Javonte Williams, and 2 Rookie First round picks.

Player A for Drake London and 2 Rookie First round picks

Just Tell Me Who It Is!

Look, I could care less who player A is. I would accept every one of these offers in a dynasty league. So without further ado, let’s find out who this mystery man is… 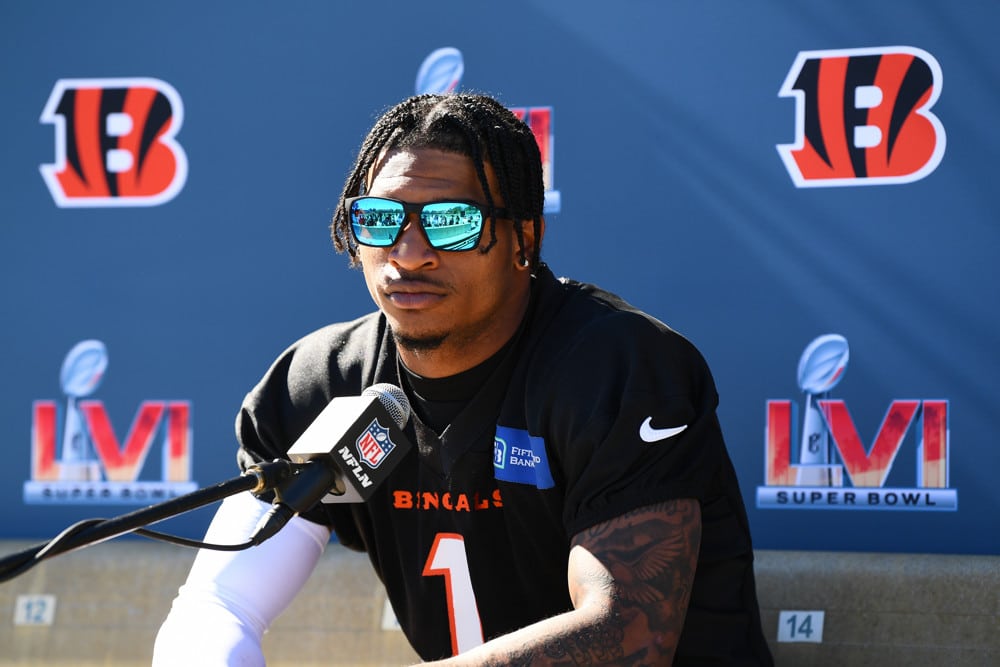 So now that the cat is out of the bag. I again want to preface this with the fact that I don’t believe Chase is a bust by any means. I do expect there to be enough regression in his game to make his redraft ADP of WR3 too expensive for my blood. As for dynasty, I think you should do yourself a favor and start shopping for him. If these are the types of offers, I would smash them because, let’s face it, that’s how you win.