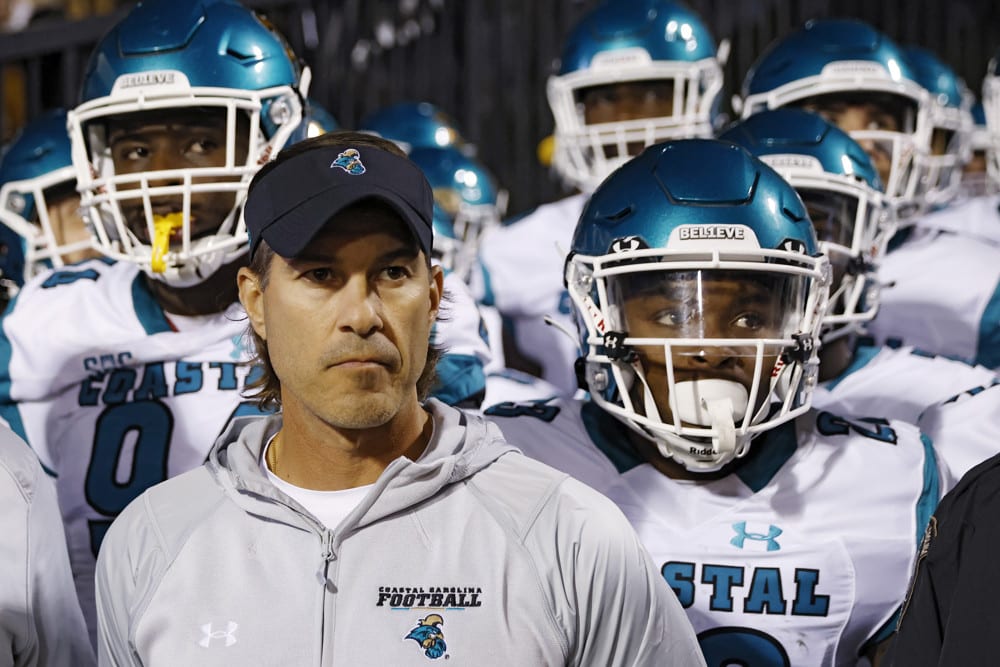 Is the new Sun Belt Conference among the guys favorite in all of college football? Will Chase Brice and Appalachian State get back to the Sun Belt Championship? Will Grayson McCall and Jamey Chadwell have Coastal Carolina reloaded and ready to win the Sun Belt? Can the Louisiana Rajin’ Cajuns win another Sun Belt Championship in Michael Desormeaux‘s first year at the helm? Could the Marshall Thundering Herd be a problem for Coastal Carolina & Appalachian State in the East?

Will Georgia State and South Alabama be surprise teams to watch out for in the Sun Belt this season? Could Troy or Georgia Southern win despite having brand new coaches? Will Terry Bowden have ULM improving again? Will Butch Jones and Arkansas State show some signs of life? How will James Madison fare in their first year in the Sun Belt? Will Jake Spavital and Texas State get to a bowl? Can Will Hall and Southern Miss perhaps win the Sun Belt west?

Can Daniel Richardson and Central Michigan win the MAC in 2022? Will Rocky Lombardi and Northern Illinois Huskies repeat as MAC Championship? Could Dequan Finn and the Toledo Rockets learn to win the close games they lost a season ago and win the MAC? Will Tim Lester and Western Michigan continue to be winner despite losing a ton of production? Can Chris Creighton and Taylor Powell have Eastern Michigan contending for a MAC Championship? Will Ball State be able to handle the loss of Drew Plitt?

Will Brett Gabbert and the Miami Redhawks win the MAC Championship this year? Will Sean Lewis have Kent State back in the MAC Championship despite a brutal out of conference schedule? Will Maurice Linguist and the Buffalo Bulls show some signs of life in year 2? Will Kurtis Rourke and the Ohio Bobcats get back to a bowl game? Can Matt McDonald and the Bowling Green Falcons surprise in 2022? How will Joe Moorhead fare in year one with the Akron Zips? We talk it all and more on this edition of The College Football Experience.