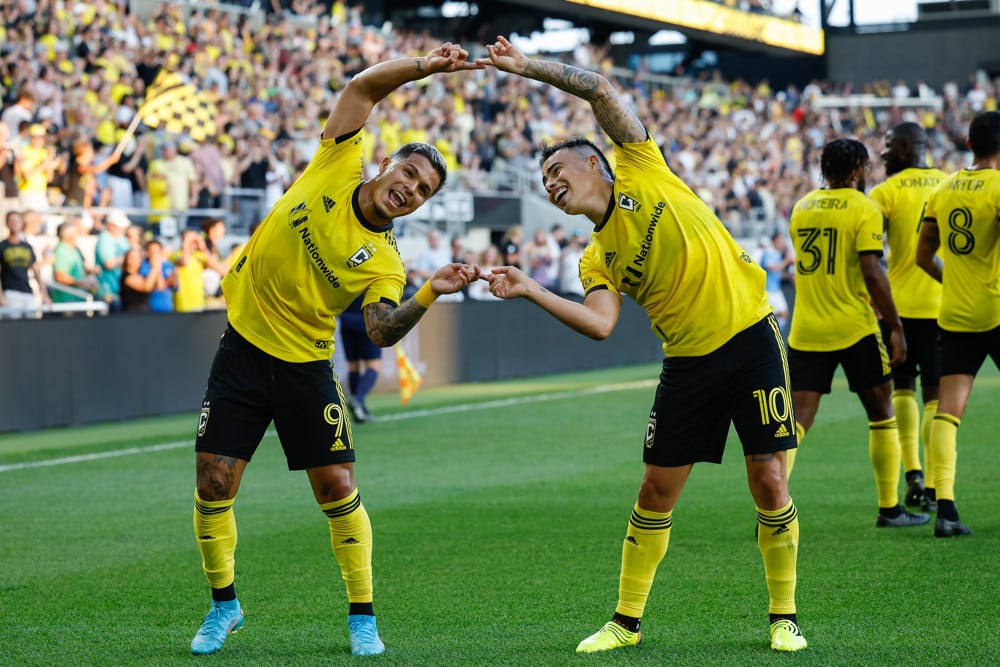 Back for another weekend of jam-packed MLS games! Last night (as I write this article) the MLS All-Stars beat the Liga MX All-Stars at Allianz Field in Minnesota. Even though it was just an “exhibition” match, it definitely felt like more than that. USA soccer is starting to make some real noise and not just because of the win last night but you are seeing all these European players come over the pond to play here. It’s really exciting to see what the future holds in the MLS. Now let’s get into this week’s top three bets!

This is the game I am most looking forward to this weekend! The Rapids have been on an absolute tear these past two games when it comes to scoring goals. They have scored NINE goals during those two games while conceding SEVEN. Zardes scored a hat trick last match for the Rapids while Diego Rubio has had a goal or an assist in his last four matches.

Both these teams come into this matchup having scored an average of 1.5 goals a game while both are conceding around the same number this season. At home, Colorado is averaging closer to two goals a game while on the road the Crew has scored 15 goals in 11 road matches.

Juan “Cucho” Hernandez has been a spark plug for this Columbus attack ever since joining the squad. He’s scored five goals in the six games he’s played in the MLS. He is averaging 6.21 shots per 90 minutes and 2.44 shots on target per 90 minutes. Those numbers are insane and he’s only getting more and more comfortable in this offense.

This was another game that screamed goals to me. Houston is coming into this game having only won one game in their last eight matches. They have not kept a clean sheet in every single one of those eight matches. But somehow they always find a way to get on the board. They are averaging almost 1.5 goals per 90 at home and have scored in nine of their last ten home matches.

Montreal on the other hand is coming into this match having not lost in their last five matches. They have scored seven goals during that stretch while conceding four. Away from home though they are conceding almost two goals a game and have not kept a clean sheet in their last five road matches. Their only saving grace has been their attack which has had to keep up with all the goals being scored on them.

Their offense is also averaging two goals a game on the road and coming into this matchup, They have not kept a clean sheet on the road in their last five road games.

H2H Stat: The last four games playing in Houston have all seen 3+ goals.

Another absolute beauty of a matchup in this one. Minnesota’s attack comes into this game red hot. They have scored 15 goals in their last five matches across all competitions. On the road, they are averaging almost two goals a game while also conceding almost two goals a game. They have only kept four clean sheets all season despite having one of the best keepers in MLS. Just goes to show you how bad their back line has been this season.

.@MNUFC GK Dayne St. Clair enjoys an #MLSAllStar moment to remember at his home stadium, making a big save to keep MLS ahead of Liga MX going into halftime

Nashville has not been great at home this season. They have only won three of 11 games at home this season. They have not won in their last five matches while failing to keep a clean sheet in all five. Nashville has one of the top goalscorers in Hany Mukhtar who can really open a game up at any time. He currently has 13 goals on the season and had a goal + assist in their last game vs Toronto.

I’m expecting this game to be back and forth and I think once we get the first goal that the floodgates will open and it should be a response from the opposing side.

H2H Stat: Their last matchup in March saw a 1-1 draw in Nashville.