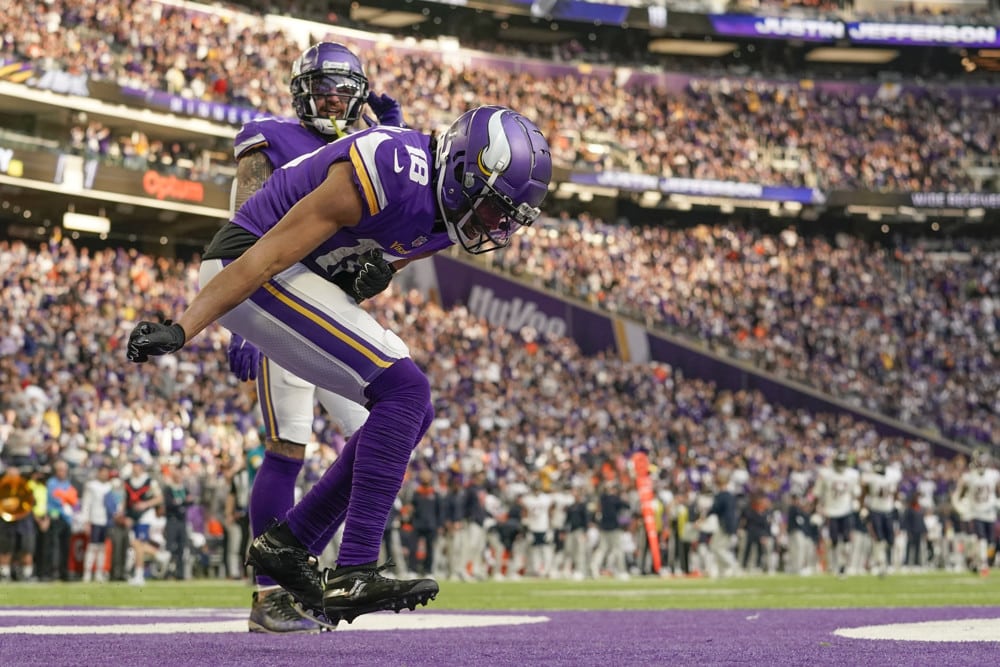 Are you looking at the wide receiver 2022 fantasy football auction values and trying to determine which players are overvalued? How about which wide receivers are undervalued? Don’t worry, as this week’s episode of Old Fashion Football takes you through the top ten wide receivers and how you should treat them. And, even though normal cohost Miranda was on a work trip, while the cats away the mice will play!  Justin welcomes Rod Villagomez (@rjvillagomez) to give his opinions on these wide receivers.

And once again, Old Fashion Football opens up the mailroom to answer some user questions! How do you draft differently in a Superflex league versus a non-Superflex? Would you work on drafting two different stacks for boom weeks or just one? What’s your go-to drink/whiskey when drafting? Take a listen to this and more for all the insight from these two as they dive into the wide receiver 2022 fantasy football auction values.

As always, make sure to subscribe to the SGPN Fantasy Podcast on Apple and Spotify.  Find Justin Mark (@JMarkfootball) and Rod Villagomez (@rjvillagomez) on Twitter.