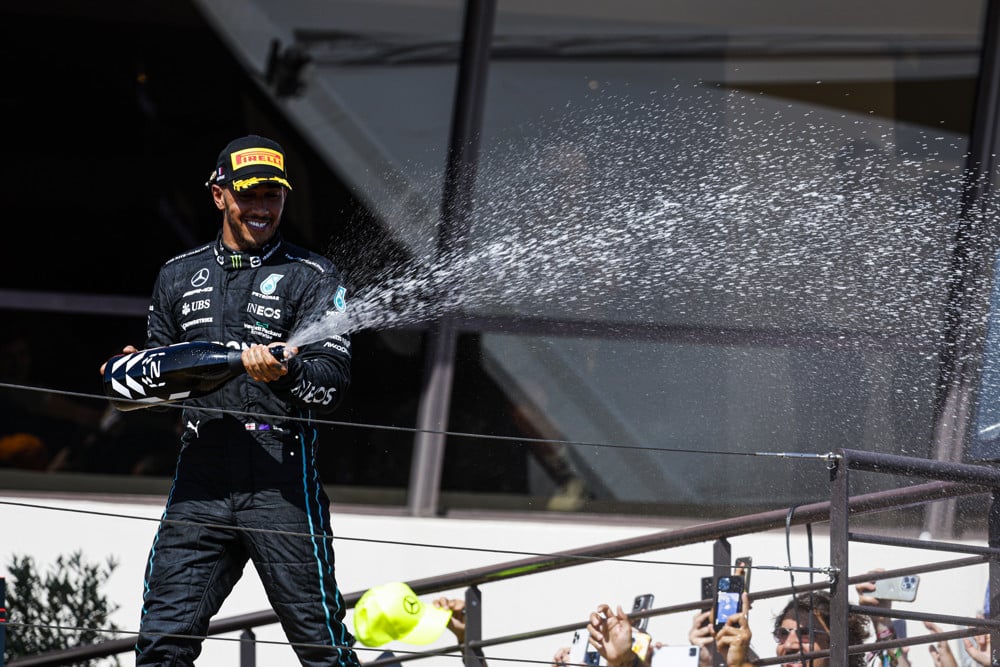 This week we have the Hungarian Grand Prix, located in the village of Mogyoród, Hungary. The 2.722-mile circuit has been the host here since 2003. Last year’s running was a wild one, starting in wet conditions. Then, a lap one incident led to five drivers being eliminated from the race. The day ended with Alpine’s Esteban Ocon grabbing his first victory. Sebastian Vettel crossed the stripe second but was later disqualified due to race officials not being able to extract a proper fuel sample post-race. This year’s event could prove to be another wet one, at the time of writing there is a 90% chance for rain Saturday and 50% Sunday.

The French Grand Prix led to another poor finish from Charles Leclerc. This time seemingly not due to his car failing him but due to driver error. Oversteering in turn 11 on just lap 18 whipped the car around hitting the wall, and ending his day. Championship leader Max Verstappen would go on to collect his 27th career Formula 1 win.

This may scream to you when you glance at it, of course, Leclerc is the favorite and of course, he should win this head-to-head. Not so fast! In five of the last seven rounds, Carlos Sainz has won this matchup. While Leclerc is seemingly the top dog at Ferrari. Sainz has pulled his weight very well. He’s had a little better luck with his equipment and has flat-out beaten his teammate a few times. For a plus-money bet, there is a lot of value here at the Hungarian Grand Prix.

I write this bet up almost every week and it pays off almost every week. So I’m not going to quit a good thing. Mercedes has been strong this year. In six of the last eight events, the combo of Hamilton and Russell has scored the top-6 finish. Russell’s only finish outside of the top-6 was after the lap one accident in Great Britain where he left his car. Lewis Hamilton has four straight podium finishes. Things are clicking and going well in the Mercedes camp. So I plan to keep laying the juice and cashing this one week after week.

I’m big on Hamilton this week. He’s been solid and running better and better. It’s been four straight podium finishes in a row for Lewis. Three were third place finishes and last week in France it was a second. He’s knocking on the door of that first win of the season, even if he doesn’t get it a top-3 finish is very doable for the seven-time champion.

I made the case for the podium finish above. Charles and Max are the favorites for a reason. However this could be the week for Lewis, he’s been inching closer to that first win. Hamilton made his 300th career start in France. Five others have made that many starts before him. And none of them won after starting 300. But Hamilton is different. And he wants to prove just that this week at the Hungarian Grand Prix