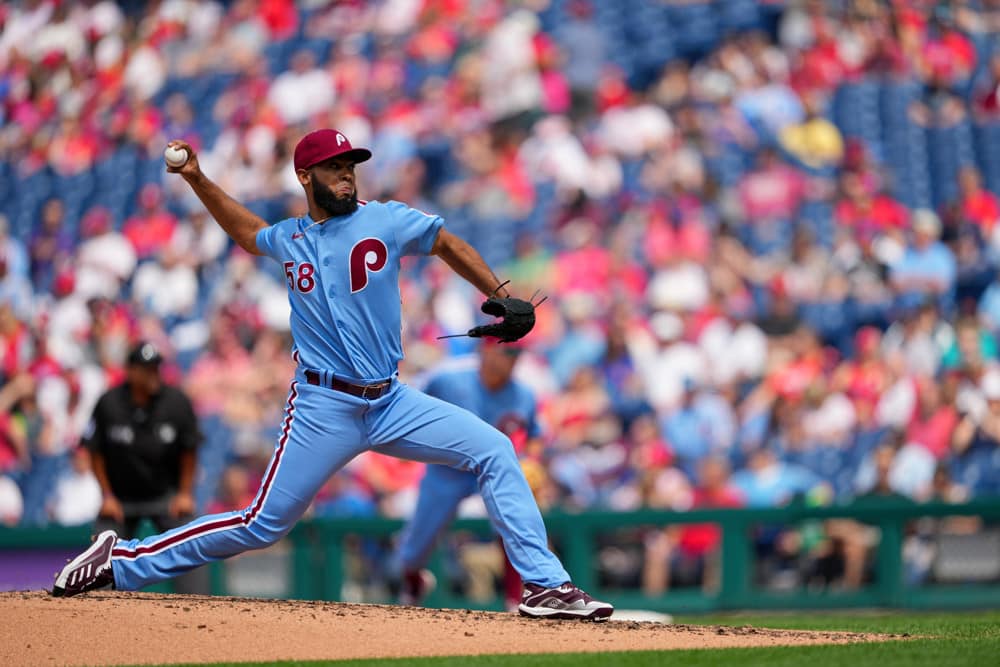 We’ll primarily be highlighting players rostered in less than 50% of leagues, so they should be available in most of your leagues out there! If you have any questions, feel free to reach out to Ryan on Twitter (@RGilbertSOP) or in the SGPN Slack!

The closer role in Miami has become Tanner Scott’s. He has all five of the Marlins’ saves in June and he’s only allowed three runs –– all in one blown save against the Phillies.

He’s struck out at least one batter in 11 straight appearances, including his nine in June. Scott gave up a walk-off home run to the Phillies, as mentioned above, but has only allowed three hits (no earned runs) outside of that.

The Marlins aren’t going to win a ton of games but Scott should scoop up most of their saves. And you should scoop him up in your league as well.

Moving up the state of Florida, Poche has also taken over Tampa Bay’s committee. He has the team’s last two saves and three of the last four. He started June with 5.1 scoreless innings (2 H, 2 unearned runs, 3 BB, 6 Ks) but fell victim to the mighty Yankees earlier this week, allowing three runs in 1.2 innings, picking up a save and hold in the process.

I’d recommend Scott over Poche if both are available in your league, partially due to Scott’s strikeout stuff. Poche only has 19 strikeouts in 23 innings but does have much better ratios (0.96 WHIP, 2.35 ERA). However, his 5.48 FIP indicates that he may be due for more outings like the ones against the Yankees.

We were riding the Dany Jimenez wave for a while here in the fantasy baseball closer watch, but the fireballing righthander is now on the shelf. The lowly Athletics have yet to pick up a save since. Having said that, Puk should step right into the role as a southpaw.

Puk hasn’t been untouchable by any means, but he holds a 1.00 WHIP and 1.93 ERA with 26 strikeouts in 28 innings. He’s walked five batters so far this season.

The Athletics only have 23 wins on the season, so Puk should be nothing more than a speculative add or last resort for your squad.

When news of Liam Hendriks going on the IL broke, most people ran to pick up Graveman for saves. However, it was Kelly who picked up the first save with Hendriks out of commission.

It was a surprise save opportunity for Kelly, who gave up two runs with a three-run lead to close out the save. This came after Graveman danced around a one-out double in the eighth inning. Perhaps this was due to the meat of the Blue Jays’ lineup due up in the eighth as Graveman is clearly the better pitcher.

Go grab Graveman if he’s still available in your league. Kelly is worth an add only in the deepest of leagues.

New Phillies manager Rob Thomson finally gave up on Corey Knebel in the closer’s role, but he has yet to name a new one. Dominguez and Hand are two of the leading candidates.

Hand is the lefthanded veteran counterpart to Dominguez. He has 128 MLB saves, including two this season, and has been solid so far for the Phillies.

So yeah, Dominguez is clearly the better pitcher and should be the closer of the future for the Phillies. The only thing that may go against him is if Thomson elects to use him as more of a high-leverage guy, but most closers run the risk of that. Go grab Seranthony if he’s available.