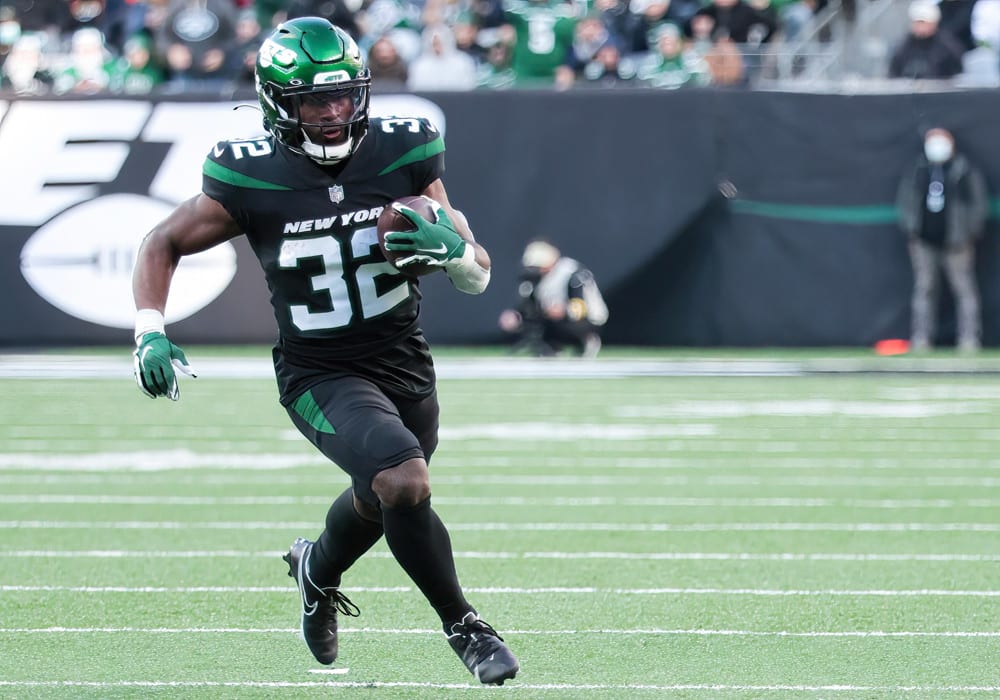 Fantasy football sleepers… Oh, how much joy they can bring, even on the darkest of days. If fantasy sports are just another game for you, this is not the article for you. However, if you fantasize (pun intended) about crushing your opponents and rubbing their faces with one-of-a-kind talent for discovering sleepers, you’re in the right place.

Online gamblers have their temple embodied in casino betting hubs like onlinecasinocrawler.com. Passionate football fans, on the other hand, seek excitement in the fantasy world. Whether you’re looking for a way to confirm your knowledge of this noble game or wish to show your friends what you’ve made of, we recommend paying special attention to the lines below. Here are the fantasy football sleepers you should keep an eye on in 2022.

Dameon is a name that splits opinions among many football fans. While some think Pierce isn’t getting any better, others confidently point out the fact Dan Mullen misused Pierce at the University of Florida. The player averaged 7.7 carries per game. However, he managed to run 13 touchdowns as a senior.

There’s no doubt Dameon will face strong competition in Texas. Rex Burkhead, a 32- year old, is among the favorites to lead Houston in the following season. Besides him, Pierce will wait for his chance in the shadow of Marlon Muck. The player successfully recovered after tearing the Achilles tendon in September 2020 and entered the echelons of top fantasy football sleepers in 2022.

Well, perhaps betting on RB in one of the worst offenses in the NFL doesn’t sound like the brightest idea. But, this time, we’ll give advantage to the volume. In other words, we believe Dameon Pierce will rise among the competitors in his position. So, grab it while it’s cheap in this year’s fantasy draft.

The former Memphis graduate hasn’t exactly excelled in the previous run. Kenneth had 3 games with 10 carries in 2021. When we add 3 games with 7 targets in the same season to the equation, Gainwell’s awakening in the upcoming season may seem far-fetched. But that’s only for those who don’t take risks. And sometimes, risk is all you need to win in fantasy.

Overall, we believe his role as RB1b on the Philadelphia Eagles is more than realistic. Kenneth is expected to become regular in his team’s offense in 2022. Ultimately, it can have a strong effect on the 2022 draft grades.

Surprisingly, Dillon appeared as a starter in many games last season at Green Bay. He even ended the competition with more rushing attempts (187) than his fellow Jones (171). There’s no question that Aaron Jones has moved past the zenith of his career. It is expected that AJ will kick in when the following season comes around and replace the veteran.

There’s a reason behind keeping Jones on the team. Obviously, the experienced player excels in the receiving game out of the backfield. However, Dillon did catch 34 out of 37 targets and gathered 313 receiving yards in the season behind us. All this can give you a strong wind in your sails to put AJ Dillon on your list of potential fantasy football sleepers.

For many years, Russell has put smiles on every fantasy lover’s face. Admittedly, Wilson’s contribution to fantasy fans last year wasn’t generous. He only passed for 3,113 yards and finished 15th among QBs in fantasy points. However, if we consider his 4,000+ passing yard average, there’s no reason to believe he’s going to bounce back in 2022.

Another thing that goes in Russel’s favor is his fantasy point history. In 2019, Russel finished third among QBs in points. In 2020, he was 6th. The Broncos are predicted to finish last in the AFC West. Since many believe his bias will push him down in the rankings, there’s a strong possibility that fantasy players will leave him out of their squads this year—another reason you should believe in Russell Wilson’s magic.

Last year, Hopkins wasn’t even considered a top pick for many fantasy lovers. Simply put, the volume wasn’t there with the Cardinals. Hopkins didn’t rise to the challenge and finished 46th among WRs. He played 10 games and accumulated 147.2 points in total. Despite him landing 8 TDs, DeAndre was a huge disappointment last year.

The real question is, will he manage to keep the position against young QB Kyler Murray? The quarterback busted in last year’s playoffs and was expected to bounce back in 2022. Still, it’s never a good idea to underestimate DeAndre Hopkins and his contribution to the squad. Realistically speaking, this is the player that should find his place in this year’s draft. We expect DeAndre to become one of the top fantasy football sleepers this season.

This player was in Melvin Gordon’s shadow for a very long time. This was likely the main reason Javonte hasn’t realized his full potential. However, Gordon had enough time to disappoint us, and he succeeded. For this reason, we believe this can finally be Williams’s season.

Unless the Broncos decide to keep Melvin Gordon, though, the energy and hunger to establish himself as the first option should be on Javonte’s side.

Montgomery possesses great talent. Many times so far, David managed to showcase at least a portion of his skills. Many believe the reason why this player hasn’t exploded yet lies in Matt Nagy’s coaching. However, these days are long gone for Montgomery. Remember, David missed a couple of games last year. In addition, he didn’t rank well in the previous fantasy.

He wasn’t even among the top 20 in his position. David was ranked 21st with 849 yards. However, he did have 7 TDs though. In total, he amassed 195 fantasy points. Nagy is not there anymore. Now everyone believes this is a perfect setup for David Montgomery to showcase his skills. Perhaps he is not among the top fantasy football sleepers per se, but there’s a chance many will miss out on an opportunity to draft him in 2022.

The 217th pick of the 2021 NFL Draft should not be your first pick in this fantasy. However, it is worth keeping him on the bench. Khalil can be a useful sub in case some of your main protégés are injured on skipping the game. This season we’re expected to see more from the Chicago Bears offense. This is mainly because of Luke Getsy, a new face on the coaching team.

What should you expect in the following season? Bears are expected to present a similar offensive setup to San Francisco, for example. We can expect a fullback leading the way out of the backfield. In this style of play, running backs with the “one-cut” ability have an advantage. And this is precisely what we expect from Khalil. Thus, we believe he can be among the top fantasy football sleepers at the moment.

The player was on the verge of signing with Buffalo this season. However, the Washington Commanders managed to snap McKissic. Let’s be honest from the start – J.D. was never projected to be RB1. Even RB2 seems far-fetched. The Commanders have Gibson and Robinson for these roles.

Overall, we don’t expect J.D. McKissic to be a high-carry RB. However, we do believe in his ability to catch passes. Last season, Washington targeted their running backs 24% of the time. In the same season, J.D. played 11 games. In total, we’ve seen 16.9 points from the RB.

The New York Jets offense player had a decent year. Michael saw 147 rushing attempts, 639 yards, and 4 TDs in the 2021/22 season. Moreover, he caught 36 out of 55 targets and established himself as a solid factor in the receiving game. In total, Michael Carter contributed 154.4 fantasy points. In the end, he finished 29th among RBs.

We would never recommend you put him as your RB1 or RB2. However, his talent and potential should be enough for the RB3 or RB4 role. Anyway, it all depends on the NY Jets’ offense. If the Jets, especially their offense, goes beyond our expectations, the value of Michael Carter will be insane, thus making him one of the most precious fantasy football sleepers in the 2022 NFL season.