We are down to the final two teams for the 2021-2022 NBA season. The 2022 NBA Finals will feature the Boston Celtics and the Golden State Warriors. Boston finished the second half of the season as of one the best teams in the NBA and had a record 51-31, which netted them the #2 seed in the Eastern Conference. Boston will make their first NBA Finals appearance since 2010 and look for their 18th title.

Meanwhile, Golden State returns to the NBA Finals for the sixth time in the last eight seasons. The only other team to do this? The Chicago Bulls during the Michael Jordan era. Golden State comes in with not only the NBA Finals experience but the core players and the head coach intact. Below is my breakdown of the NBA Finals as well as series prop bets I am betting for the finals. 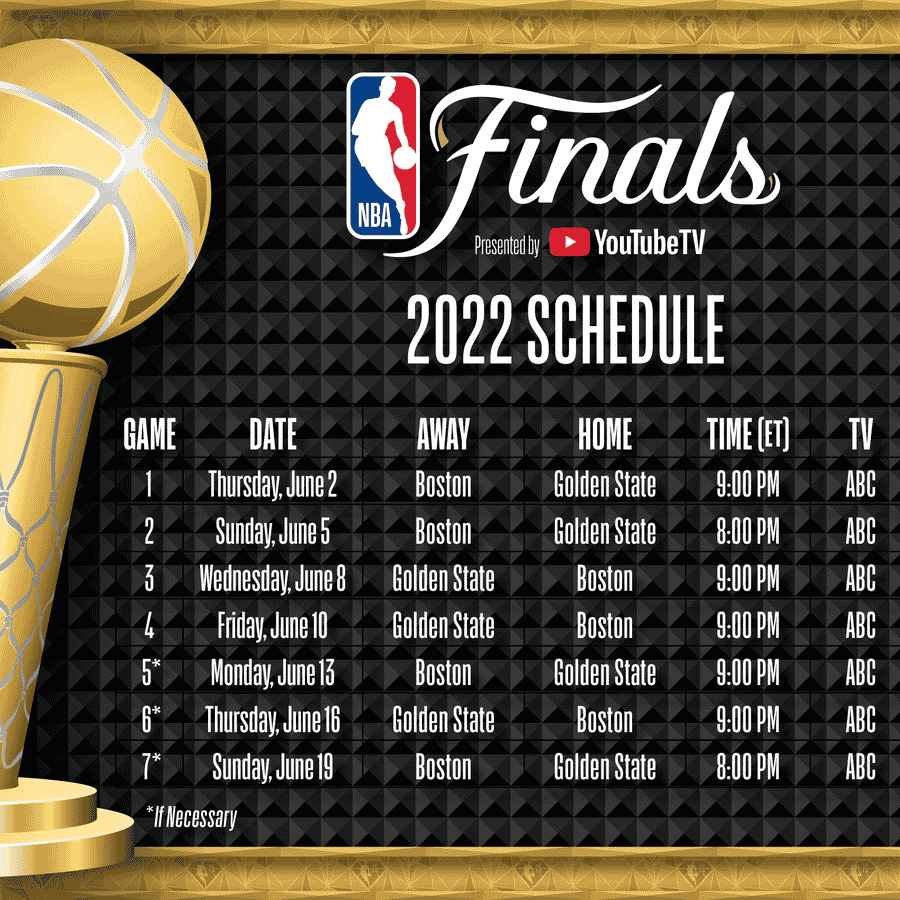 Road to the NBA Finals

Many can argue that the Golden State Warriors benefited from the injury luck factor during their run to the NBA Finals. The Denver Nuggets were without their second and third best players in Jamal Murray and Michael Porter Jr., who were dealing with season-ending injuries. Additionally, the Memphis Grizzlies were without this season’s Most Improved Player of the Year, Ja Morant, who suffered a knee injury after Game 4 of the series.

However, one can argue that the Warriors dealt with injuries over the past several seasons as well, especially being without one of the Splash Brothers, Klay Thompson. Thompson, as we know, dealt with a torn ACL and torn Achilles over the last two years. But Warriors fans are excited that he is back. In the postseason and much throughout their playoff runs the Warriors are the best team on their home floor. In fact, since the 2015-2016 season, the Warriors are 45-9 in home playoff games and are 9-0 this postseason.

As I mentioned above, the Boston Celtics posted the best record in the NBA post-All-Star break, going 17-5. They also finished the regular season as the best defensive efficient team in the NBA. The Warriors were not too far behind as they were the #2 team in the NBA in the same category. Boston also benefitted from injury luck, as the Bucks did not have their second-best player, Khris Middleton, in their second-round matchup.

Additionally, the Miami Heat dealt with injuries to Jimmy Butler and Kyle Lowry. But as they say, you play who’s in front of you and the Celtics got over the hump and into the NBA Finals. And let’s not discount the fact that the Celtics dealt with Al Horford being in the Health and Safety Protocol. As well as Marcus Smart and Robert Williams dealing with their own injuries as well.

Keys to the Series

One of the biggest advantages the Golden State Warriors have is the experience of being in the NBA Finals in six out of the last eight seasons. The Warriors know what it takes to win a title in the NBA and having home-court advantage is a huge factor for them. Stephen Curry & Co. will have the rest advantage going into Game 1 of the series. Boston comes into the Finals with zero Finals experience and a rookie head coach.

The one area where the Boston Celtics should have the advantage is in the frontcourt. Al Horford and Robert Williams have been incredible throughout the postseason defending the paint and rebounding the basketball. However, we cannot ignore how well the Warriors have rebounded in this postseason as well. The Warriors outrebounded the best rebounding team in the playoffs in their matchup against the Memphis Grizzlies. One player who has been outstanding for the Warriors is Kevon Looney. Looney in the series against the Grizzlies had a 22-rebound game, and in the Conference Finals averaged 8.6 against the Mavericks.

Furthermore, there is one area where I would be concerned if I was the Warriors and that is the turnover category. The Warriors are averaging 14.8 turnovers per game and allowing opposing teams to average 16 points per game off those turnovers. Boston is worse in this category and are allowing opponents to average close to 16.7 points off turnovers. Because of the way the Warriors run their offense, the Warriors are going to continue to turn the ball over. As a result, this is the area of the game that the Celtics are going to have to take advantage of. I believe whoever controls the glass and has fewer turnovers will win this series.

There are a couple of players I am looking for to be the X-Factors for each team. First, the Boston Celtics are going to have to get consistent play from Marcus Smart. In Game 7 in the Eastern Conference Finals, Smart put together a masterful offensive performance and he will be tasked with guarding Steph Curry or Klay Thompson. The Warriors will see the return of Gary Payton II, who is arguably their best perimeter defender. But does he possess the size to guard either Jaylen Brown or Jayson Tatum?

Further, I stated on the NBA Gambling Podcast that the Boston Celtics will get as far as Jaylen Brown takes this team. Brown had an incredible Eastern Conference Finals, averaging 24 points, 7.1 rebounds, and shooting close to 49% from the field and 38% from the three-point line. This will be another series where I believe the Celtics will go as far as Brown takes them. If he can repeat this performance in the 2022 NBA Finals he has a great shot of winning the Finals MVP if the Celtics do win it.

One player who is having a great postseason that hasn’t gotten his recognition is Andrew Wiggins. He is going to be the biggest X-Factor for me because he is a player that can get it done at both ends of the floor for the Golden State Warriors. Wiggins has been giving a consistent scoring lift to the Warriors. He averaged 15 points per game in Round 2 against the Grizzlies and 18.6 points against the Dallas Mavericks in the Western Conference Finals.

The Warriors also have scoring options after the Splash Brothers. As I just mentioned one is Andrew Wiggins and the other Jordan Poole. Like Wiggins, Poole has been outstanding for the Warriors on the offensive end. These two guys can take the scoring pressure off Curry so he doesn’t have to go out every night and score 30+ points.

Jayson Tatum and Steph Curry will get theirs on offense. My biggest factor will be which teams’ role players will give consistent support to their superstar players. If Robert Williams and Al Horford can protect the paint and create second chances for the Celtics, there is a good chance they can win the title. Boston’s defense has also transitioned from the regular season to the postseason. The Celtics were #1 in opponent three-point percentage and opponent field goal percentage. In the postseason, Celtics are the second-best defense defending the three-point line. Lastly, there are two areas I will closely be watching in this series that could provide the difference. First, the turnover battle, and two, the rebounding battle.

Despite how great the Boston Celtics’ defense has been during the regular season and the postseason; the Warriors are a well-oiled machine and the Celtics have not faced a complete offensive team like the Warriors. Golden State has four different players averaging 15+ points in the postseason and three players averaging 18+ points per game. The Golden State Warriors can attack you in different ways. Further, I can not ignore the NBA Finals experience the Warriors have and the coaching advantage they have in this series.

Ime Udoka has done an incredible job getting this team to the 2022 NBA Finals. There is one area the Celtics have struggled in and that’s late-game execution. Throughout the playoffs there were multiple times late in the game the Celtics would choke away a double-digit lead. That is something you cannot do against the Warriors because they will make you pay for it. However, if the Boston Celtics can take advantage of the turnovers and control the glass I would not be surprised if they do win the title. But, the experience, coaching advantage, and the dominance the Warriors have at home in the Splash Brothers era give the Warriors the upper edge. Give me the Warriors!