After a very noteworthy UFC 274, the UFC returns to their “home field”, the UFC Apex, for UFC Fight Night: Blachowicz vs Rakic aka UFC Vegas 54, this weekend. I had an easy time coming up with a fantasy UFC lineup for Saturday because there is a massive underdog I’m going all-in on. Check out my UFC Vegas 54 DraftKings lineup to find out who it is.

I kick things off with Davey Grant, who I have pegged to beat Louis Smolka in a bantamweight fight. First off, Smolka is incredibly inconsistent, so this is as much of a fade on him as anything. But Grant is also incredibly dangerous, hence his nickname ‘Dangerous’, and incredibly durable in the cage. Before his current two-fight losing skid, he had three fights in a row with 89, 101, and 99 fantasy points. Look for him to be back on form this weekend.

To the main event we go, as I pluck the favorite, Aleksandar Rakic. Rakic is nine years younger than former champ Jan Blachowicz, is a harder hitter, and has impenetrable takedown defense. He also has three triple-digit fantasy performances in his seven UFC appearances, including a massive 151-point night. Fingers crossed that is what happens on Saturday night.

I’m going on a streak of female fighters now, starting with grappling ace Virna Jandiroba. Angela Hill can’t handle the level of wrestling and grappling Jandiroba is going to put on her on Saturday. With 13 submissions in 17 pro wins, Jandiroba is a good bet for a submission win and close to triple-digit points for us. 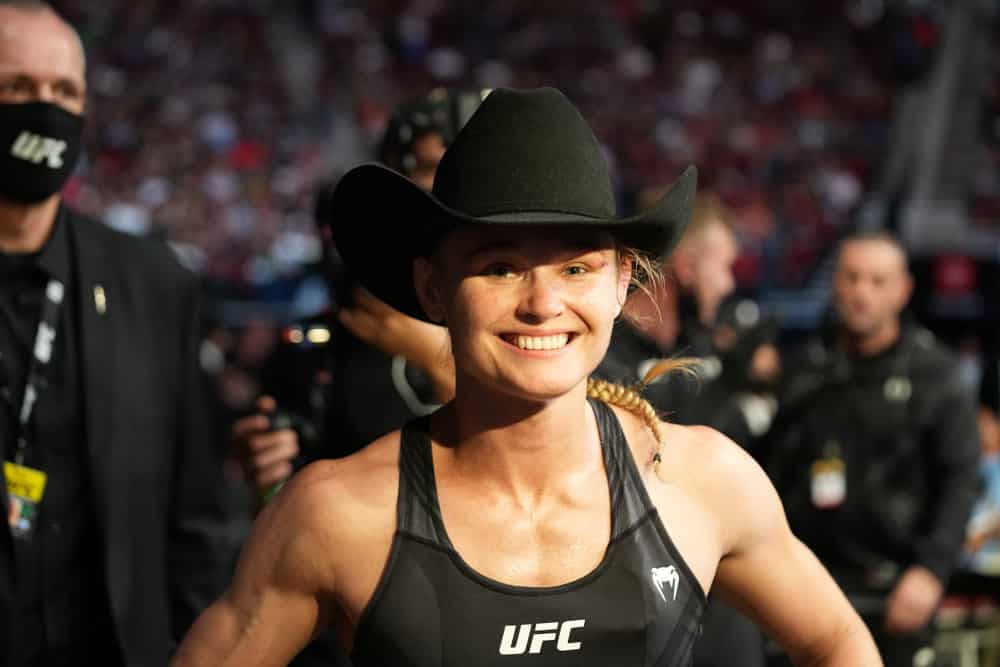 The next femme fatale I’m adding to my UFC Vegas 54 DraftKings lineup is Andrea ‘KGB’ Lee (maybe not the best nickname to have in 2022). The much-hyped fighter finally seems to be living up to her promise in the UFC, winning her last two fights, both via finish. Not only did she win those fights, but she earned 116 and 104 fantasy points, respectively, in them. I think her striking gets the job done this week against Viviane Araujo. 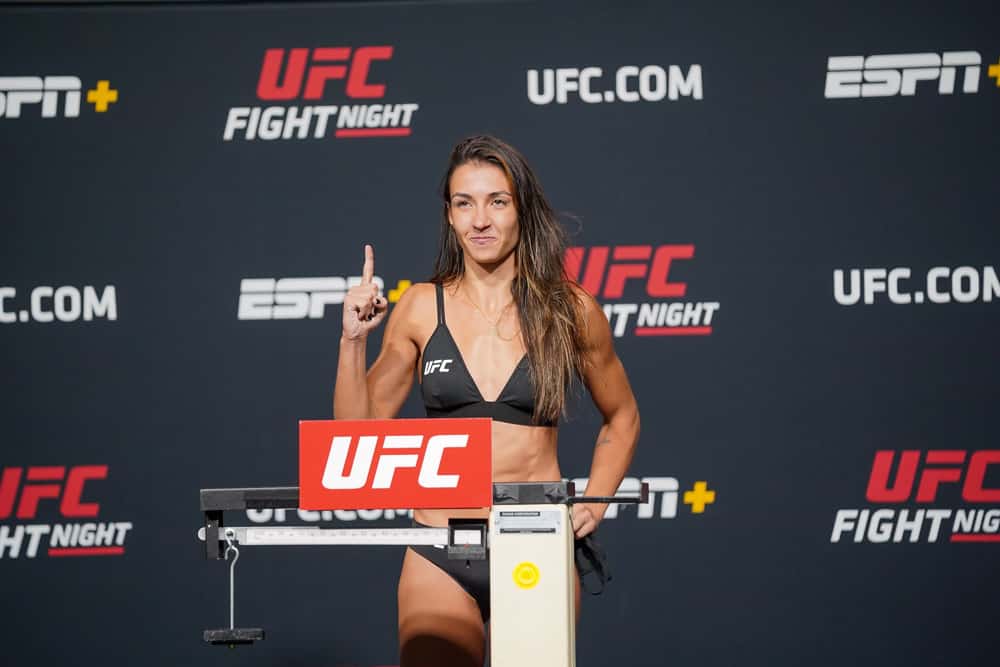 My final female selection is the delightful Amanda Ribas.

Ribas is an underdog against perennial contender Katlyn Chookagian, but I still like her in this matchup. She is far more aggressive and dangerous than point-fighter Chookagian, and is also the superior grappler. The Brazilian averages a very robust 80.8 fantasy points over her six UFC fights, with half of them topping the century mark.

Now for my massive underdog. Nick Maximov vs Andre Petroski should basically be a pick ’em fight in my eyes, yet Maximov is a huge favorite in it. I’m going to take advantage of that and grab Petroski for a steal at $6,900. All he has done over his two-fight UFC career is post 106 and 118 points. I think this will turn out to be money well spent. Well, barely spent.