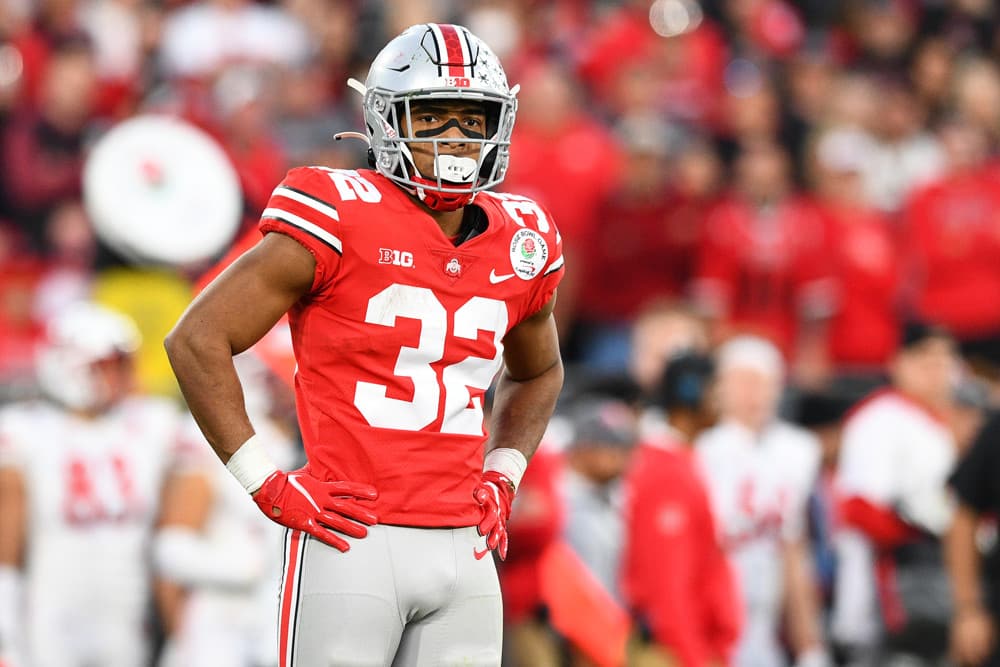 Welcome to Episode 92 of the SGPN Fantasy Football Podcast! This week, Rod Villagomez welcomes Kevin Coleman of The Devy Royale to the show. Kevin and Rod introduce you to five running backs you should target for your devy fantasy football rosters.

He’s just barely out of high school, so why should you take a chance on Branson Robinson for the future of your fantasy team? Is Tank Bigsby more than just a cool name, or can he impress as another SEC running back in the NFL? Ohio State dominated the wide receivers in the first round of the NFL draft, can TreVeyon Henderson do the same at his position? Kevin and Rod give you their thoughts on these Devy Fantasy Football matters in this week’s episode.

As always, make sure to subscribe to the SGPN Fantasy Podcast on Apple and Spotify. Find Rod (@rjvillagomez), and Kevin (@Daboys_22) on Twitter.