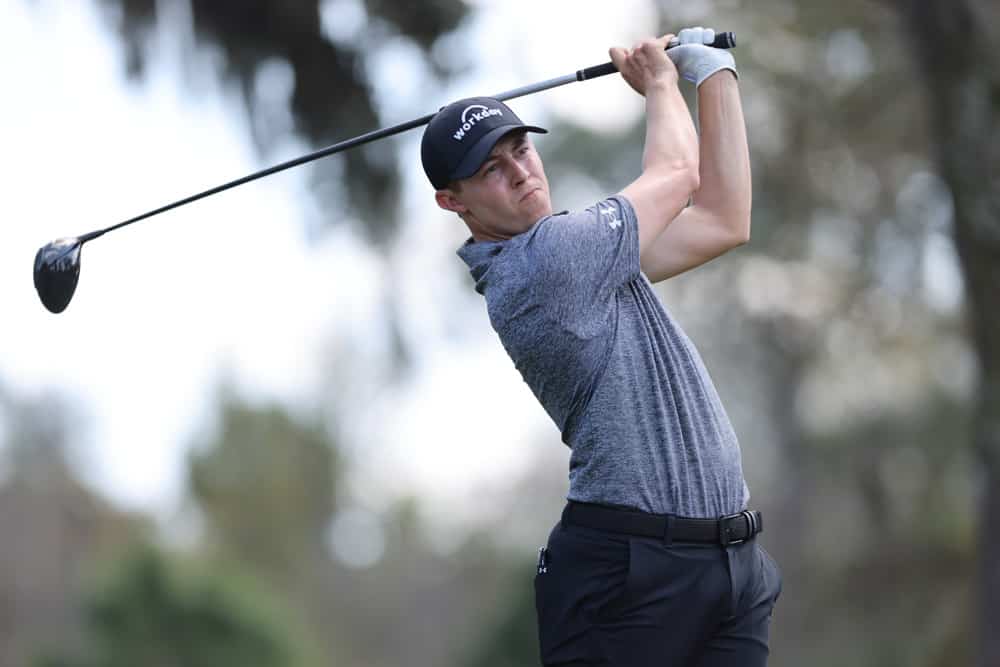 The good news is that this field is much better than last week. We also have strokes gained data from the 2017 and 2018 Quicken Loans National at TPC Potomac. We are not going in completely blind like we were for the Mexico Open.

The field is headlined by Rory McIlroy, the 2021 Wells Fargo Champion. This will be Rory’s first start since that blistering hot Sunday at Augusta that vaulted him into a second-place finish. Other top pros in the field are Tony Finau, Corey Conners, Matt Fitzpatrick, and Patrick Reed.

Based on the two Quicken Loans Nationals at TPC Potomac, it is safe to say that is going to be a tough test of golf. TPC Potomac has small fairways with extremely penal rough. These Bentgrass greens are undulating and fast. In 2017, this course ranked as the hardest non-major venue on the PGA Tour.

This week I am looking for elite drivers of the ball, golfers that can avoid bogeys and are good from 150-200 yards.

Without further ado, let’s get into my favorite plays of the week.

Franceso Molinari, the 2018 champion at TPC Potomac, was a consistent European ball-striker who had yet to win in the United States. I see a similar story developing this week with Matthew Fitzpatrick. Despite a lack of wins in the United States, he’s won on the DP World Tour seven times in his career. A few of those wins also came against very good fields. He has what it takes to win against a PGA Tour field.

With the penal rough, cold temperatures, and difficult greens, avoiding bogeys will be very important. Fitzpatrick ranks 1st in Bogey Avoidance over his last 50 rounds. A similar priced Corey Conners seems like he’ll suck up significant ownership this week. Fitzpatrick’s ownership could be suppressed a bit. He’s a solid DFS play for the 2022 Wells Fargo Championship.

A great rule of thumb in DFS is that when a golfer is highly owned and performs poorly, they are great play the next week. Occasionally, DFS players let their emotions get the best of them and punish a golfer unfairly.

I don’t think there is any reason at all to hop off Gary Woodland at the 2022 Wells Fargo Championship. He hit the ball fantastic last week at the Mexico Open. He just couldn’t buy a putt. Last week, Woodland gained 9.9 strokes from tee-to-green, including a staggering 4.4 strokes off-the-tee. Gary has always been a fantastic driver. That’s a very important skill at TPC Potomac. Pick Gary Woodland in your DFS lineups for the 2022 Wells Fargo Championship.

Cameron Young has done nothing but impress in his rookie season on the PGA Tour. He finished 2nd at the Genesis Invitational and 3rd at the RBC Heritage. Cameron Young will win very soon. He is one of the most talented drivers of the ball in this field. He ranks 2nd in Strokes Gained – Off-the-Tee over his last 50 rounds.

A birdie when he needs it most. 🐦

Cameron Young holes out on 15.

Cameron Young learned to play golf in the Northeast. He is very used to playing and putting on similar grass types that he’ll see at TPC Potomac. In addition, both his wins on the Korn Ferry Tour were on Bentgrass. The combination of great driving and Bentgrass putting makes Cameron Young a superb DFS play for the 2022 Wells Fargo Championship.

Sepp Straka is the biggest misprice in DFS this week. I am not sure what more he has to prove. Straka won the Honda Classic and played excellent at both the PLAYERS Championship and the RBC Heritage. His current form well exceeds his price point this week.

Over the past 12 rounds, Straka ranks 5th in Bogey Avoidance and 7th in proximity from 175 to 200 yards. These two stats are going to be extremely important this week. Straka is a great DFS play at the 2022 Wells Fargo Championship.

I guarantee that Satoshi Kodaira will make the cut at the 2022 Wells Fargo Championship. He has excellent upside with his flat stick and overall game. Satoshi is coming off a 15th place finish last week at the Mexico Open. In that tournament, he gained 4.4 strokes putting and 2.9 strokes on approach.

I’m also getting a little bit of déjà vu. At this time last year, Kodaira gained over 4.2 strokes putting in 4 straight events. That resulted in three Top 20 finishes. When Kodaira gets hot with the putter, it stays hot.

Another reason to like Kodaira is that he ranks first in this field in proximity from 175-200 yards over his last 24 rounds. Players must perform well from this range should they want to contend. Satoshi Kodaira is a great DFS play at the 2022 Wells Fargo Championship.