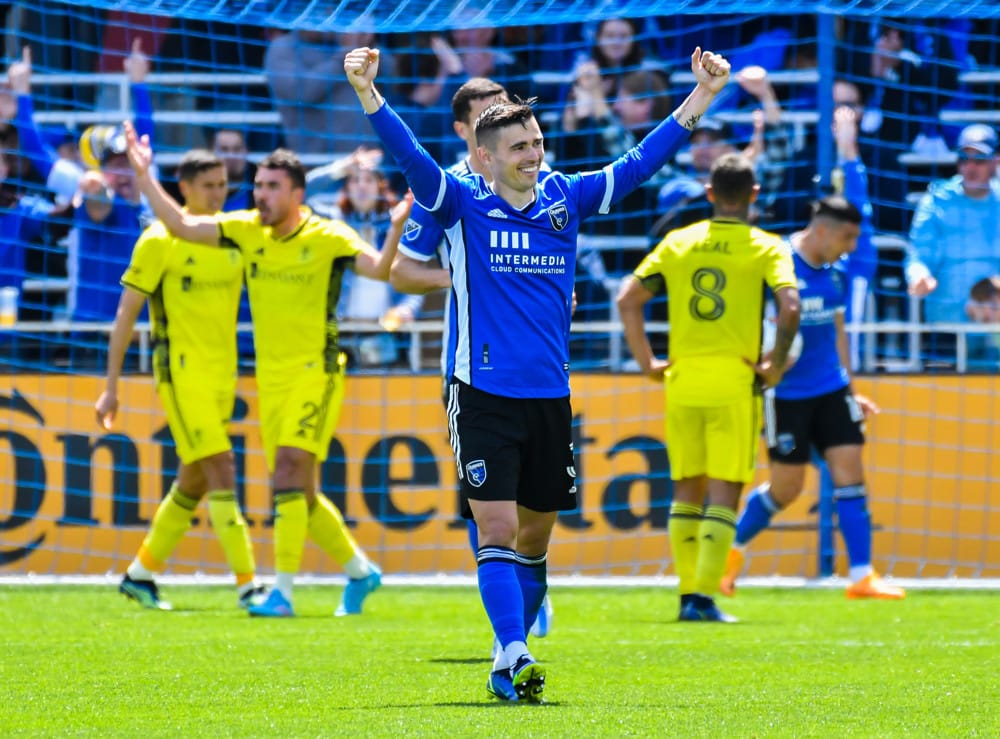 Another week of MLS soccer is behind us as we are starting to really get into the season and should start to see teams’ true talents and who reigns supreme. Right now Philadelphia and Los Angeles FC hold the top spot in their respective conferences but have Orlando and Austin FC nipping at their tails. Make sure to follow me @BettingThePitch on Twitter for more possible plays and for any questions you may have. Now let’s get into this week’s picks!

Philadelphia is coming off their first loss of the season against Toronto in a 2-1 defeat on the road. Despite the loss, Philadelphia was the better side in that match. They produced a 2.05xG vs a 0.36 xG for Toronto. The home side’s goals were extremely lucky breaks and Philadelphia blew two big chances in the match. Now they are back home where they have won three games, drawn one, and have not lost. In those four matches, they have only conceded one goal and have scored six.

51’ What an excellent individual play by #TFCLive’s Alejandro Pozuelo! He gets past #DOOP’s defence and beats the Philadelphia Union’s goalkeeper, Andre Blake! #MajorLeagueSoccer#TORvPHI | 2-1 | #MLSpic.twitter.com/d6x0npZV5Z

Although their defensive numbers look good at home, they have been conceding a ton of big changes and have lost the possession battle in all but ONE game. They now will face a Montreal side that ranks 10th in possession at 53.3% and ranks 3rd in goals scored per match with a 1.9 average. Montreal has failed to keep a clean sheet this season and I expect that to continue here in this match as Philadelphia is averaging 1.57 goals per game and Montreal is conceding 2.29 goals per game. Montreal in fact has not kept a clean sheet in 9 straight matches dating back to last season. However, they are currently on a five-game unbeaten streak.

H2H Stat: Last five matches have seen both teams score while four of those five have seen 3+ goals.

I hate betting games involving the Sounders but I can not seem to get away from them. It’s like that toxic relationship that you just can not let go of, they continue to hurt my pockets but I continue to come back for more! I think Seattle has been unlucky to not have scored more goals this season as their npxG is 7.8 compared to their actual goals scored of six. On the other side, I feel like they have been lucky to not have conceded more goals as their opponent’s npxG is 8.8 compared to their actual goals conceded of seven.

Both teams have yet to keep a clean sheet this season and I expect that to continue in this match as Montreal has been scoring goals of late. They are averaging three goals a game in their last four matches across all competitions. They are averaging two goals a game at home this season while conceding an average of almost three! San Jose is unbeaten in four straight home matches and the Sounders are unbeaten in four straight away matches. Something has to break, or does it?

Los Angeles has been a force this season with their only blemish losing to rival Galaxy a few weeks back. They have since bounced back to dominant form with back-to-back 3-1 and 5-1 victories at home. LAFC leads in just about all categories in MLS and is averaging 2.43 goals per game while conceding an average of just one a game. They now travel to Cincinnati to face a struggling home side who are now winless in their last three MLS matches with two of those losses against middle of the pack teams (Montreal/Charlotte FC).

No need for a vote. @isitj29 just won @MLS Goal of the Week. pic.twitter.com/8t32vNQrQX

The home side is averaging just over a goal per game. They are conceding exactly two goals a game. Additionally, LAFC has only kept one clean sheet this year. Los Angeles on the other side have kept a clean sheet in five straight matches and in their only H2H matchup they shut out Cincinnati 2-0. I do think Cincinnati will give Los Angeles all they can handle but its hard not to back the best team in MLS right now at plus odds. LAFC has been dominant on the bitch and with betting, ride that hot streak heading into MLS Week 9.

H2H: Stat: Only head-to-head matchup resulted in a 2-0 LAFC victory.

This game should be an exciting one to watch this weekend as Toronto travels into Citi Field to take on New York FC. The home side is coming off their second win of the season and it was a 6-0 thrashing of Salt Lake at home. This is the best game by far that New York has had all season. They held 56% possession, had 22 shots, and had an xG of 4.84. Salt Lake while still able to produce chances but was not able to capitalize on them, I expect Toronto to be able to find the back of the net in this one.

Toronto currently sits 5th in the standings and is averaging just over 1.5 goals a game but their most alarming stat is they have not kept a clean sheet in 17 straight matches. Now they have to go on the road and play a team who just put up six goals and should be flowing with confidence on the attacking front. New York is averaging 59% possession this season which ranks 2nd in MLS right now while Toronto is averaging 53% possession. I’m expecting both teams to have their hold of the ball and for both sides to create chances in this one. This seems like a lock on the over for betting purposes with this MLS Week 9 matchup.