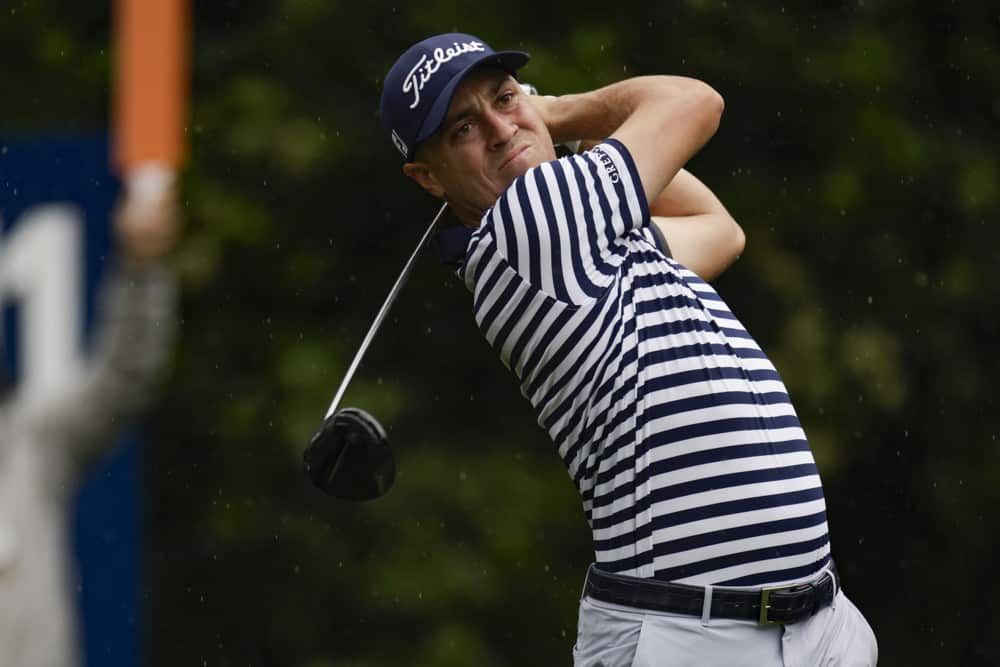 The 2022 PGA Championship was originally to be played at Trump Bedminster in New Jersey. But after the Capitol Riots of 2021, the PGA of America distanced themselves from Trump and moved the tournament elsewhere. In its place, the PGA Championship returns to Southern Hills Country Club in Tulsa, OK.

Southern Hills was established in 1936 and was designed by Perry Maxwell. Maxwell is most known for his work of the greens at Augusta National, as well as the redesign of Colonial Country Club. The club last hosted a PGA Championship in 2007, which was won by Tiger Woods. The 2022 PGA Championship will be the 5th PGA Championship at Southern Hills. It also has hosted numerous USGA events, including three U.S. Opens. It also served as the site for the Tour Championship from 1995-1996.

In 2018, Gil Hanse and Jim Wagner completed a “Resto-Vation” of Southern Hills. Other restorations and renovations performed by the duo include Pinehurst No. 4, The Olympic Club, Los Angeles Country Club, the Country Club at Brookline, and Winged Foot. Hanse has become the new “doctor” of restoring great golf courses back to major conditions.

Below is a video from The Fried Egg summarizing Southern Hills and the job done by Hanse and Wagner:

From the championship tees, the golf course can play as long as 7,481 yards. It consists of Bermuda grass tee-to-green, and Bentgrass greens. Depending on the weather in Tulsa, Oklahoma in mid-May, the fairways and rough may be overseeded with ryegrass. Given the climate in Mid-May, that seems to be very unlikely. Similar to the 2017 PGA Championship at Quail Hollow, expect thick Bermuda rough off the fairway.

Justin Thomas is beginning to peak at the right time. Over the last two months, Thomas has improved his long-term average ball-striking per round by over 0.4 strokes. And what once was a balky putter is also starting to turn around. Justin Thomas is now showing positive strokes gained putting over his last 50 rounds, including raising his long-term average by 0.1 strokes over the last two months. Thomas won the 2017 PGA Championship at Quail Hollow. That tournament also featured thick Bermuda rough. And given some of the comparisons to Augusta National, he seems like a great fit for the golf course. It’s unlikely his odds slip between now at the 2022 PGA Championship. But if it does, he should warrant consideration on a betting card.

Wait and see. Unless either Thomas or McIlroy drift past 20, or Spieth and Schauffele drift past 30 (which Xander has on the NY WynnBet book), there isn’t a pressing need to lock up any pre-tournament bets on this range right now. Continue to monitor the 2022 PGA Championship odds over the next few weeks for players currently less than 30/1.

He hasn’t won yet. But he will. And he’ll win a lot. He’s shown tremendous improvement over the last year with his putting and his scrambling. And given he’s an all-world ball-striker, lots of wins are coming. Why can’t his first win come at a difficult and demanding tee-to-green golf course like Southern Hills that has comparisons to Augusta National? He may be one to consider locking in now in case his 2022 PGA Championship odds are steamed up between now and the event.

Monitor the odds for now. But be ready to act quickly should one of these players look like they’ll win a tournament. All of their odds could easily slip into the 30’s or even the 20’s by the time the 2022 PGA Championship rolls around.

His 2022 statistics aren’t eye popping. But given all the connections to Augusta National and Colonial Country Club, Kokrak must be considered as a longshot pick to win the 2022 PGA Championship. He won the 2021 Charles Schwab Challenge. And he recently finished T14 at The Masters. He possesses a ton of win equity for a player with well over 100/1 odds to win the 2022 PGA Championship. If he shows something over the next few weeks, add him to the card.

Consider adding a few of these to the card now. Nothing will probably change for them between now and the 2022 PGA Championship, and I don’t expect their odds to go much lower. Adding a couple of these players still leaves room for 3 or 4 big bullets at the top of your card.